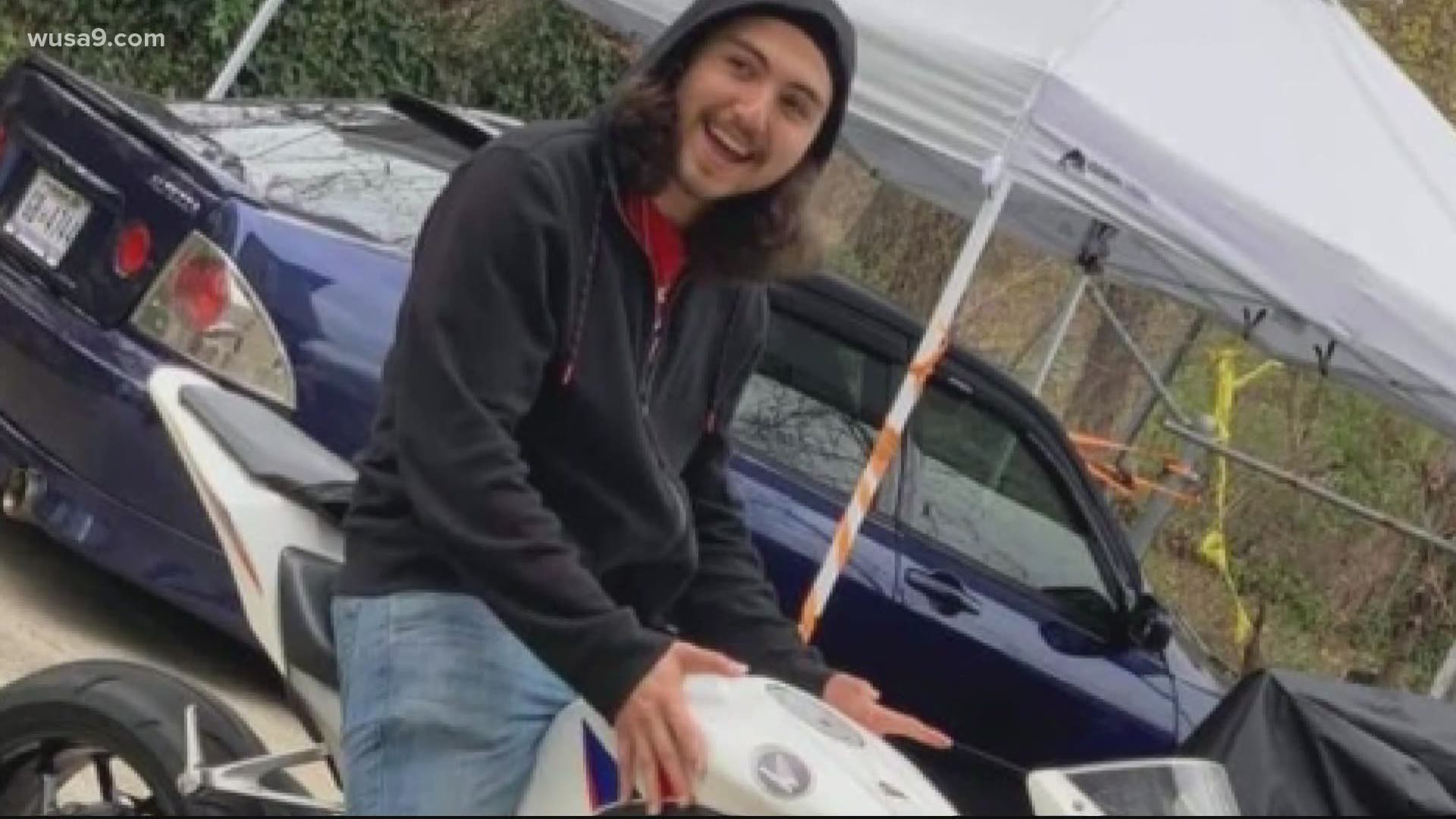 WASHINGTON — The family of a man killed while riding a scooter in Northeast, D.C. says he was known to be spunky, energetic and free-spirited.

DC Police said 20-year-old Edgar Delcid died after he was hit by a driver who never stopped last Thursday. The incident happened near the intersection of 51st Street and Lee Street in NE around 6:30 p.m.

Paramedics rushed Delcid to the hospital where he later died.

"It's not easy but we're hanging in there," Jonathan Delcid, Edagr's brother, said. "I couldn't believe it to be honest."

Jonathan Delcid said his brother leaves behind three siblings and their parents. He described his brother as someone who always kept a positive vibe.

"Every time you get behind the wheel you got to remember it's either your life or somebody else's," he said. "We got to be careful and remember it's a privilege."

"He always kept a positive energy around him."

Friends & family of Edgar Delcid, the scooter rider killed in a hit-and-run in NE, describe him as a peacemaker, spunky and energetic. So far there have been 16 traffic-related deaths in DC. This time last year it was nine. @wusa9 pic.twitter.com/fZRkzeXWnu

Jonathan Delcid's girlfriend, Maribel Lovos, created a GoFundMe page to help with funeral expenses. She's remembering the victim as someone who never liked to see others fight.

"He never liked violence and always kept a positive energy around," Lovos said.

As of Tuesday morning, there have been 16 traffic-related deaths in D.C. while the number was nine in 2020, according to data from the Metropolitan Police Department.

Anyone who has knowledge of this incident are asked to call police at (202) 727-9099 or text your tip to the Department’s TEXT TIP LINE at 50411. Crime Solvers of Washington, DC currently offers a reward of up to $1,000 to anyone who provides information that leads to the arrest and indictment of the person or persons responsible for a crime committed in D.C.