The cause of the fire is still under investigation. 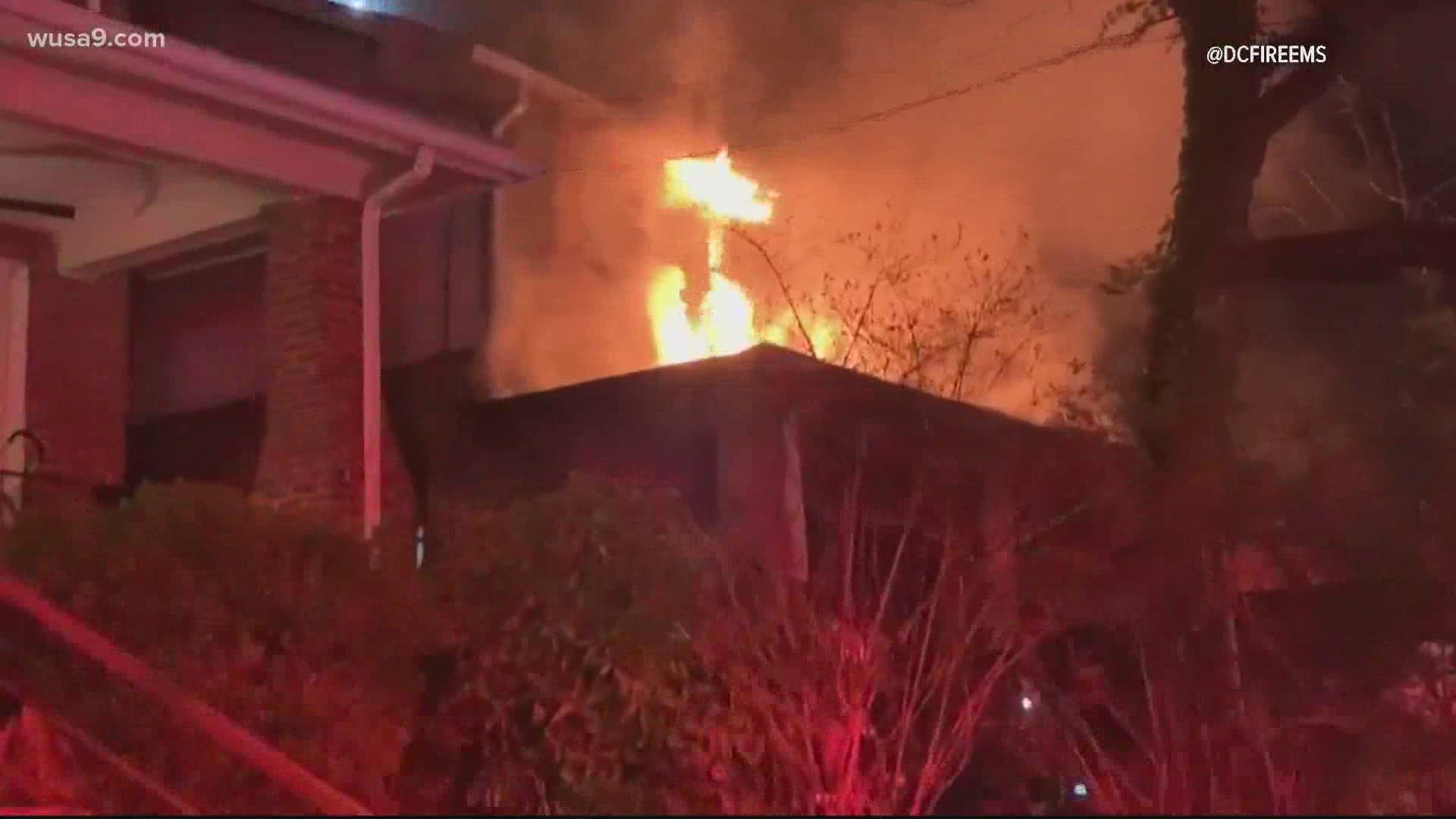 WASHINGTON — A man and his dog have died in a house fire in Northeast D.C. early Wednesday morning, firefighters said in a tweet.

Fire crews responded to the 1500 block of Monroe Street, NE around 4:30 a.m. and found a two-story home engulfed in flames.

Responding firefighters were able to knock the fire down in about 20 minutes, but reported later in the morning that a man and a dog were found dead inside the home once the flames were extinguished.

D.C. Fire and EMS are still investigating the cause of the fire, and it was not clear whether the home had working smoke detectors.

Authorities have not yet identified the victim in this fire.

#DCsBravest continue to overhaul and extinguish hidden pockets of fire on Monroe St NE. Investigators continue working to find the cause and determine if the home has working smoke alarms. Daylight shows extent of damage in the rear. pic.twitter.com/ni9oXWUHma

Following the morning's fire, D.C. fire said firefighters would go back to the area to perform smoke alarm checks at neighboring homes and pass out fire prevention literature.

RELATED: Man killed in fuel tanker crash that caused a fiery blaze on I-70 near Mt. Airy