City leaders said families are told when the police plan to make body cam footage public, and unless they object within a certain window, there is implied consent.

WASHINGTON — The family of Jeffrey Price was back at the intersection of Division Avenue and Fitch Place Friday, the exact spot where he died in 2018.

Police said 22-year-old Price was traveling at a high speed on the wrong side of the road on Division Avenue and crashed into a police cruiser. Family members claim that a police officer was chasing Price and used his car as a blockade, causing the collision.

MPD released an edited version of the incident, which appears to show the officer bypassing a stop sign before colliding with Price. That officer was suspended for a short period. A crash review board said the collision was preventable.

“That was some insensitive B.S. by our mayor,” Price’s uncle, Jay Brown, said.

“I think it was disrespectful of them to release it without my knowledge or consent,” Price’s mother added. 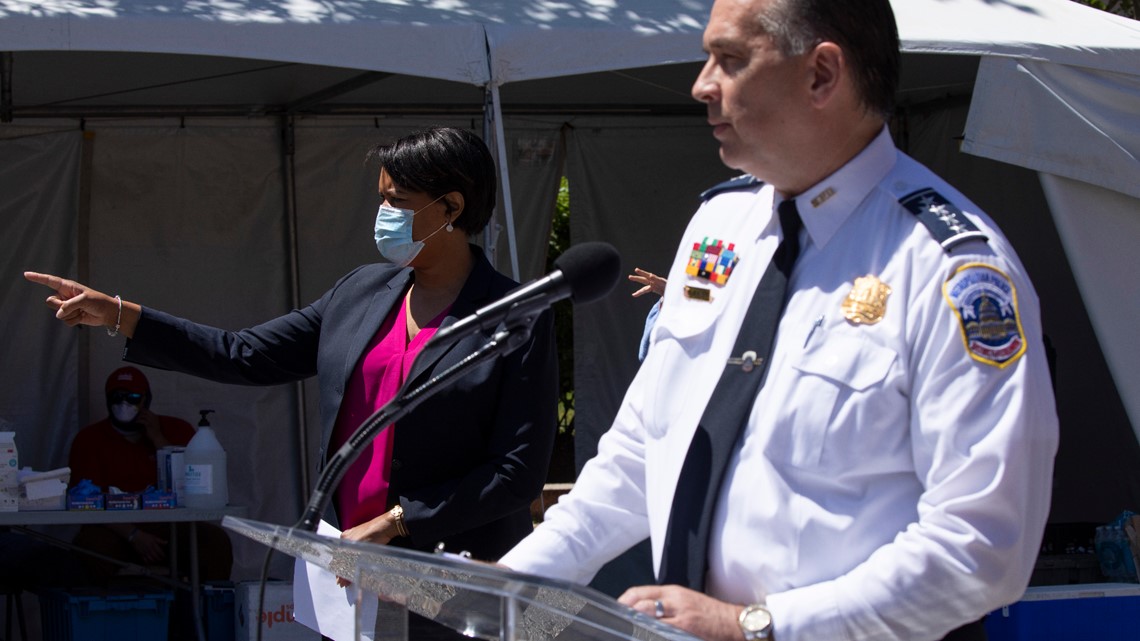 "I can't even begin to imagine how the families feel to have to watch the video,” Newsham said.

Price's family said they haven't seen the video involving their loved one and wanted counseling first.

“We wanted to have a support system in place,” Brown said.

D.C.’s Deputy Mayor for Public Safety and Justice, Kevin Donahue, said the city spoke with a Price family lawyer and said there was no objection to releasing the May 2018 video.

Under the emergency police reform legislation, families are given a period to watch the raw body-worn camera footage privately and are notified if police plan to make it public. Unless the family objects, city leaders said there's implied consent.

“Let me be clear. We wanted the public to see it, but there's a process,” Brown added.

Part of the process for their family includes having more questions answered about that day and being in the right mental space to see the video.

The family lawyer said he spoke with police, but wanted them to release the entire video, not an edited version.

MPD said it plans to upload all of the body cam video from the officer involved in Price’s death.