It was already an emotional visit. A family came to D.C. to bury a mother's urn at Arlington National Cemetery. 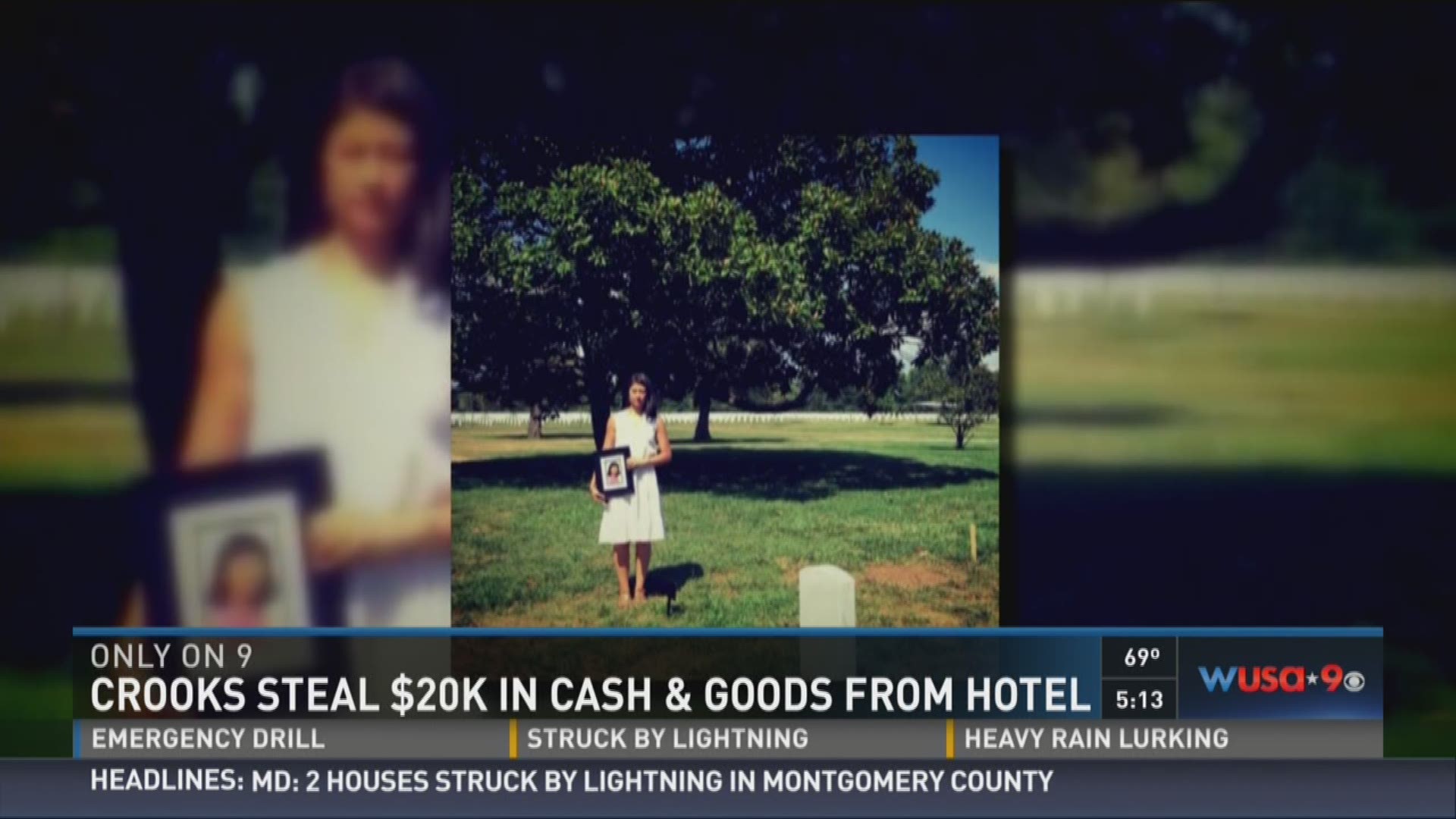 It was already an emotional visit. A family came to D.C. to bury a mother's urn at Arlington National Cemetery.

The visit only got more tear-filled after burglars broke into their hotel room and stole $20,000 worth of electronics, cash and items.

But, they said what stings the most is that the hotel waited a month to release surveillance video that could have helped catch the burglars, and save others from going through what they have.

Liz said she would rather not use her last name in this story because the burglars have all of her personal information.

She and her family came from New York to stay at the Wyndam National Harbor in August for her mom's burial.

"It was an important trip,” she said. “It was to have some closure for my mother and for our family."

Liz said her father and her son spent time at the resort's pool the next day while she and her husband shopped.

When they arrived back at the room around 9:45 p.m. that Saturday, they put their things down and went to the pool to get their son ready for bed.

Liz said when they got back to the room, only a handful of minutes later, they realized they'd been burglarized.
She said her family's iPhones were stolen, along with computers, a kindle, an iPad, cash, gift cards, her purse and more. The loss totaled about $20,000.

The family still hasn't been compensated, nor have the burglars been caught.

Resort management allegedly told her the key used to enter her room was a housekeeper's key.

"[The hotel] hasn't tried to help us with the investigation to try and catch the suspects, there was maybe a small window of opportunity where we could recover some of these items,” Liz said. “They didn't help with that."

Liz said the hotel wouldn't release security footage to the investigating detective that could help catch the burglars and possibly help get her stuff back.

"He went to the resort, the security personnel who was there basically said, 'We've got this all figured out,' pulled up some footage, showed him some of the footage for a couple of minutes of the suspects getting out of a car, entering through the lobby, then on the second floor,” she said. “And the resort manager comes in and says, ‘Sorry you can't be here without a grand jury subpoena.’”

Liz said the hotel's insurance company finally came back with a payout offer that covers a quarter of what she said was stolen.

She wants others to know about this before they choose to stay here or in any hotel.

"The safety and security of our owners, guests and associates is a top priority, and we are fully cooperating with law enforcement during this ongoing investigation," said the media representative at the Wyndham National Harbor.