A police report says the car was on and the keys were inside when it was stolen Monday afternoon. 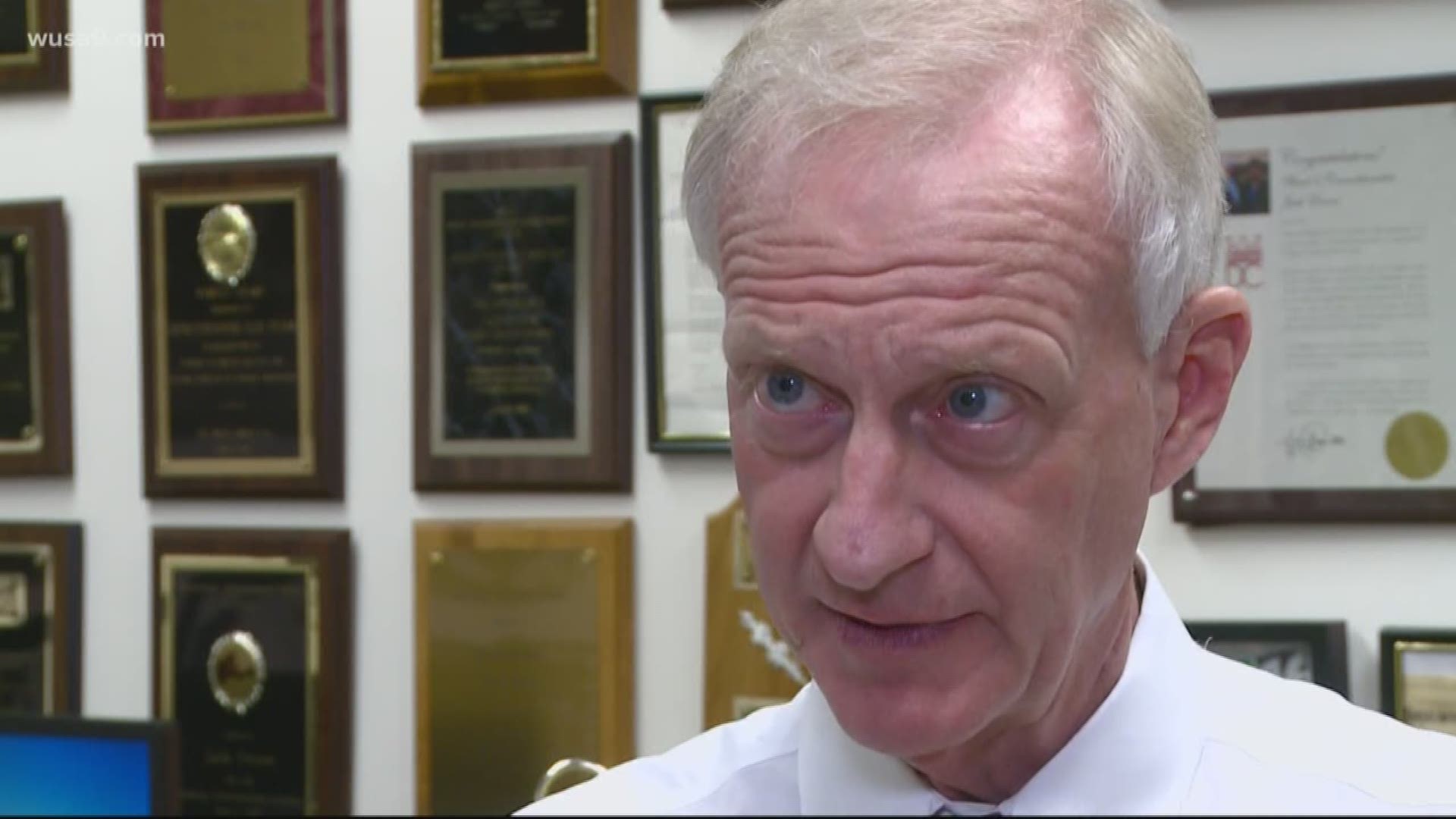 WASHINGTON — Editor's note: The video above is from January 2020.

Former D.C. council member Jack Evans' car was stolen from outside his home in Georgetown, according to a police report filed by Evans Monday afternoon.

According to the report, the Subaru Crosstrek was running with the keys inside when it was stolen around 3:30 p.m. The vehicle was last seen driving eastbound on P Street, NW, the report says.

Evans, who resigned last year following reports of numerous ethics violations, is known for his bad parking habits. In 2015, undercover WUSA9 cameras caught the then-councilman repeatedly parking in no parking zones. In 2017, Evans got caught again, this time parked in a crosswalk, and blocking a curb cut, making it harder for anyone in a wheelchair to get around.

RELATED: Councilmember caught again and again in no parking zones

Monday's reported theft comes at a time when the District is experiencing a surge in carjackings and thefts. Earlier this month, D.C. Police announced task force to try to fix the problem. The new task force is made up of law enforcement from across the region, including the FBI, the ATF, the U.S. Attorney's Office and Metro Transit, Prince George's County Police and Montgomery County Police.

In December, current D.C. council member Mary Cheh's car was stolen from outside a bakery. She, too, left the car running with the keys inside while she ran inside Bread Furst near the intersection of Connecticut Avenue and Albermarle Street Northwest.

No arrests have been made in either case.