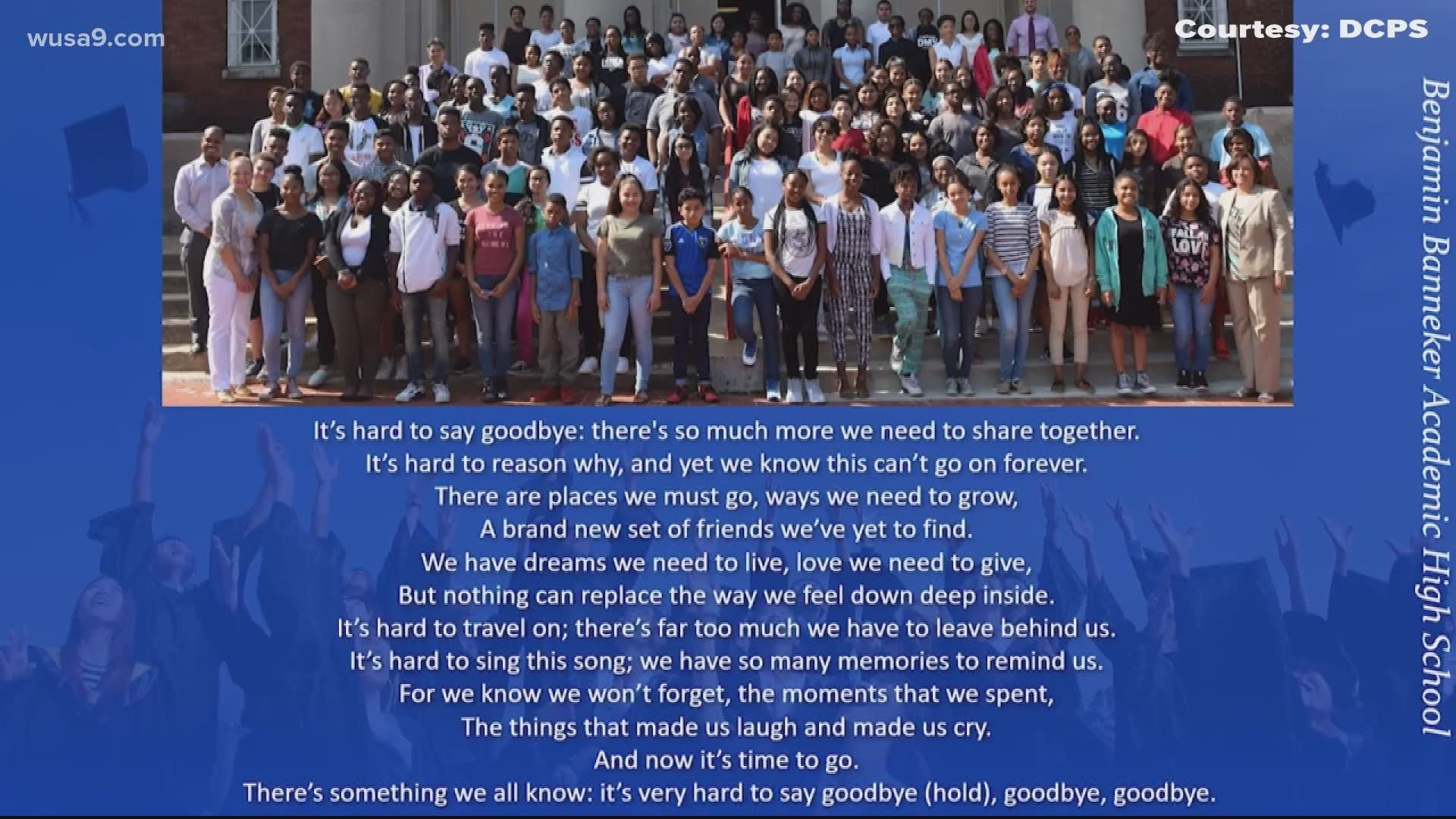 "Going to Banneker, being the No. 1 school in D.C., it gives you a sense of pride," Senior Class President Trinity Turner said. "From the jump, they stated that they were a school that is to prepare you for college. So, everything they did they made sure that we knew that they were preparing us."

Turner said they all knew they were college bound.

"Going to Banneker gave us a sense of, like, independence, but we still had the support from staff, and each other, but it allowed us to grow individually, educationally, mentally," Turner said.

Principal Anita Berger said this class is no different.

"They have destinations, so you know our hope is they will get to, and get through," Berger said.

It's a motto not taken lightly.

"When I look at this group, and we have acceptances from Howard, I mean, they're going on to Howard, Hampton and Harvard, you know, they did not give up," Berger added.

During the virtual graduation, some unexpected people sent their congrats including, Pitbull, Venus Williams, Bakari Sellers, Keenan Thompson and more.

Turner said it made the day more special.

"It made things a little better to know that people were on our side and cared about us, and instilled that we were progressing in the right direction," Turner said.