Elderly DC woman claims she was tricked into selling her home

The court has ruled against her, but she says she wants to speak out so this doesn't happen to anyone else. 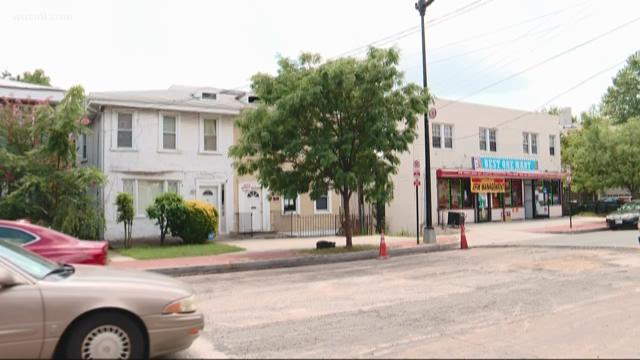 WASHINGTON — Lena Nchako is about to lose her home.

She's lived on Kennedy Street in Brightwood Park for decades, but claims she's become the victim of ruthless gentrification.

"I never, ever wanted to sell my home," she told WUSA.

Nchako claims she was tricked into selling her home while she was gravely ill. She claims the woman who tricked her (who she thought was her friend) had been colluding with a development company -- the 11th Property Group-- to get her to sell her home below market value.

Nchako's attorney says she sold her home for $472,500, but that a nearby property needing a gut renovation recently sold for almost double that amount.

Nchako argues the only reason she was tricked "is because this has become a hot area for gentrification."

The 11th Property Group sued Nchako for being in breach of contract and refusing to vacate her home.Their lawyer, Tony Barros, told us in an email, "After intense discovery in the litigation, it is clear that Ms. Nchako's allegations were false and pretextual."

Court documents show Barros's side argued Nchako ratified contract documents on four separate occasions over the course of a 29 day period, and the she once held a valid D.C. realtor's license, which they say is proof she knew what she was signing.

The court ultimately ruled in their favor.

Nchako has appealed the decision, insisting she was targeted because she was elderly and sick, and that she never wanted to sell her home.

Still, the court ruled she must move out while the appeal is being resolve, which her lawyer explained could take years.

"If they don't give me the motion to stay, they'll get my house and they'll sell it," she said.

Nchako isn't sure what she'll do now, but says she's speaking out so that this doesn't happen to anyone else.