"People count on me to make better decisions and I own that on this day," Malik Jarrett said in a statement. 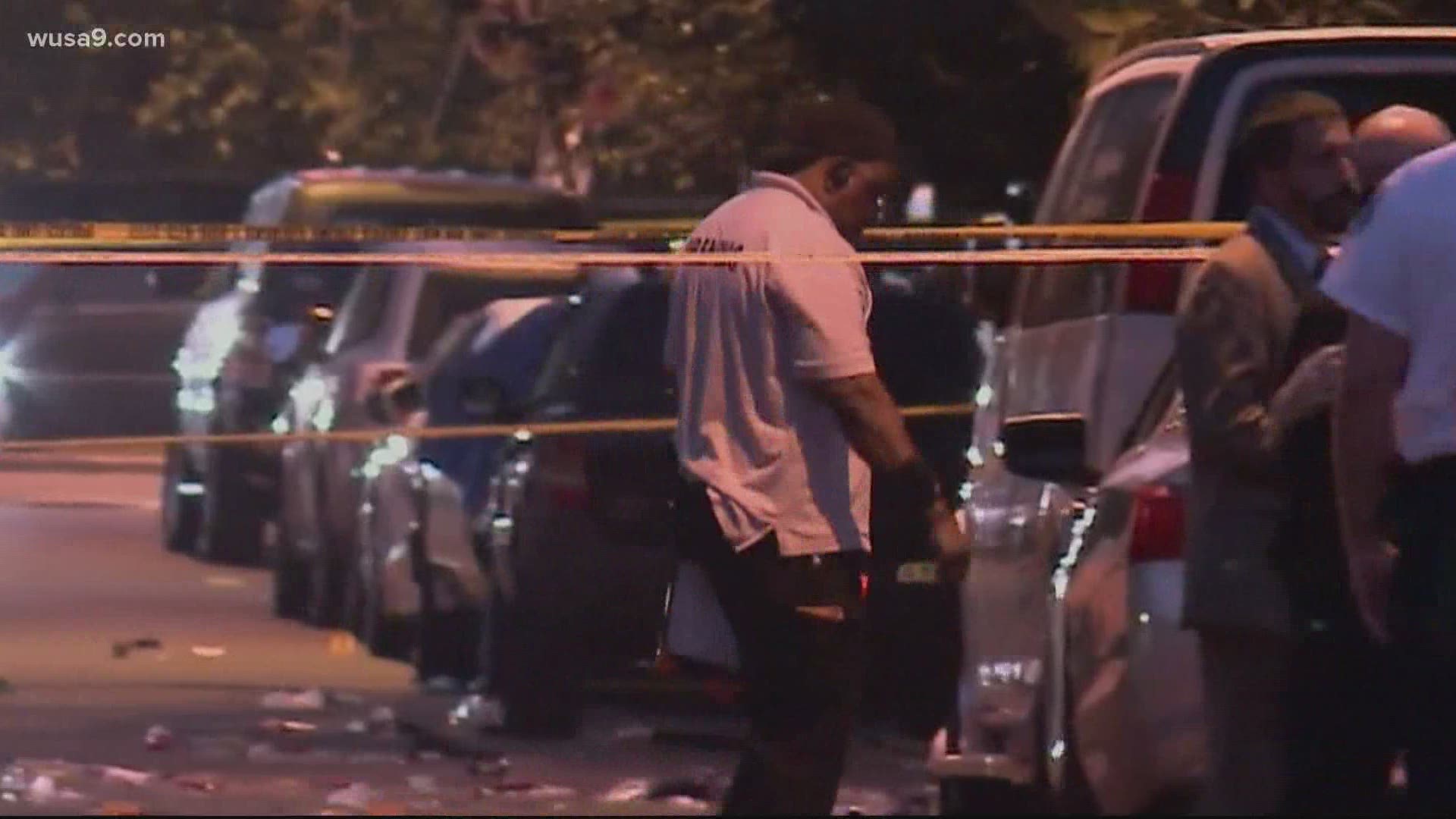 WASHINGTON — The person who promoted a community-building block party in Southeast D.C. that was at the center of a mass shooting has broken his silence.

Malik Jarrett, CEO of Elevate All the Time – also known as EAT – released a statement on Instagram following the mass shooting that happened on Aug. 9 near the 3300 block of Dubois Place in Southeast in Ward 7.

The shooting led to the death of a 17-year-old father, hospitalizing a 22-year-old off-duty police officer and injuring 21 others.

RELATED: After a mass shooting at a DC block party, a newly-minted police officer is still fighting for her life

Jarrett said the reason for his silence following everything that ensued was to grieve and process the events that happened during the annual block party.

"My deepest condolences go out to his [Christopher Brown] family and I wish those who were injured a full and speedy recovery," Jarrett said.

Jarrett also stated his continuous fight against gun violence in the District and the promotion of positivity for the citizens of the city.

"I do not condone violence of any kind and will continue to use my platform to speak out against it, promote positivity and uplift others along the way," Jarrett said." My life's work over the last several years had been centered on promoting peace, love and uplifting communities. My success has been a testimony of that. Those efforts will continue on my part."

Jarrett clarified that he was not the coordinator of the event, but he did actively promote it and was the D.J.

He said he plans on teaming up with community leaders to provide grief counseling to the families impacted by the shooting.

D.C. Police said they are thoroughly investigating to see if someone can be charged for holding this event. D.C. Police Chief Peter Newsham said that there were hundreds of people at the gathering.

Over 100 rounds were fired during an exchange of gunfire from multiple shooters, Newsham said. Police believe at least four or more shooters shot at the same time.

Newsham said there were officers on the scene, but apparently not enough to break up the gathering. Officers who were at the event responded in a heroic fashion and there is video evidence that shows officers attending to victims at the scene.

“My understanding and this is preliminary and subject to change so take it with a grain of salt please, is that there were officers here. There were not sufficient officers to be able to move a crowd of that size," Newsham said.

The District's current COVID-19 guidelines prohibit more than 50 people to be gathered at one time.

"Preliminarily there were police officers on the scene. I want to confirm that, I want to talk to the management team over here and see if we were doing everything we possibly could," Newsham said. "Because we can't tolerate these types of gatherings in our city during COVID-19, it's just too dangerous."

“I won’t blame the police for allowing this to happen I blame the individuals who made a decision to have an activity in excess of the mayor's directive regarding social distancing and kind of keeping the coronavirus transmission down. The police can only do but so much," ANC Commissioner 7B01 Patricia Howard – Chittams said.

Over 20 responding units arrived at the scene, including paramedics, ambulances, and emergency supervisors.

There was one weapon recovered at the scene, Newsham said.

No arrests have been made. Police have some information that suggests that one of the shooters is a man and they are currently looking for multiple shooters. They are convinced that there is video footage of the shooters at the event.

Police are asking anyone with information to come forward.