The powerful street art started earlier this year in response to the death of George Floyd in police custody. 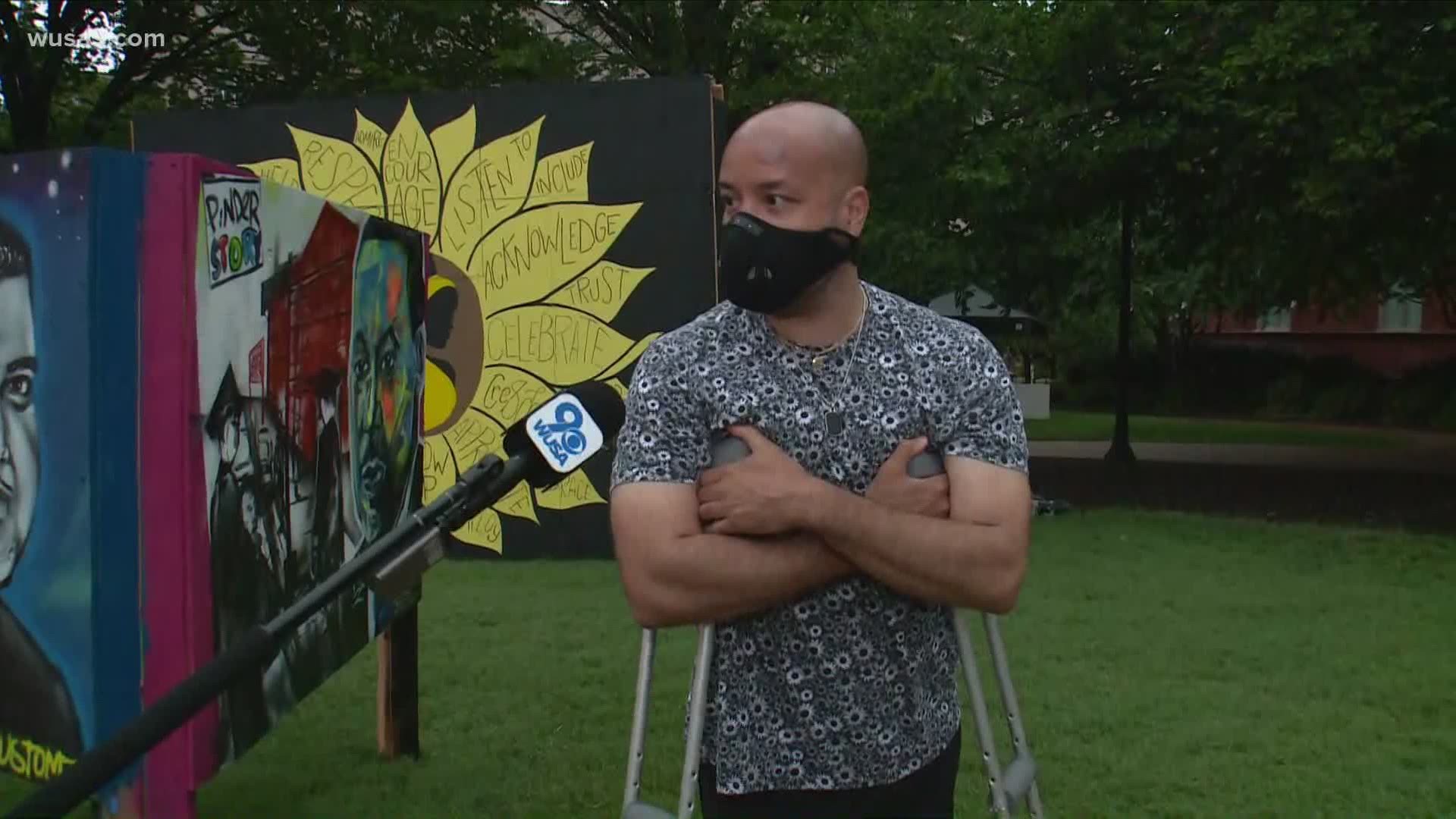 The powerful street art started earlier in the summer, in response to social justice protests here in DC and across the nation.

In June, shattered glass covered the streets of Chinatown in Northwest, D.C. The death of George Floyd led to protests and deep questions about our nation's problem with inequity. But blight in Chinatown quickly turned into beauty.

Artists commissioned by the nonprofit Paints Institute used acrylic paints and spray cans, spreading the colorful message of hope and unity, but also expressing pain too.

RELATED: 'This is just our journey' | Multigenerational family attends March on Washington together

The murals, painted live on August 28 and 29, will be added to the exhibition.

There are 24 murals in total dubbed "Murals that Matter".

Several of the artists today put the finishing touches on their artwork. The Paints Institute hopes to move these murals this winter to DC elementary schools where they will find permanent homes.

In September, the Museum will host a Murals That Matter discussion on both the Gallery Place Murals as well as the larger role and importance of art in the public realm. Panelists will include Chisholm of the P.A.I.N.T.S. Institute; mural artist Levi Robinson; Tim Wright of Attucks Adams, a D.C.-based history tour organization; and others. More information about the event will be shared once the program is finalized.

RELATED: Faith leaders walk more than a hundred miles to join fight for racial justice at March on Washington