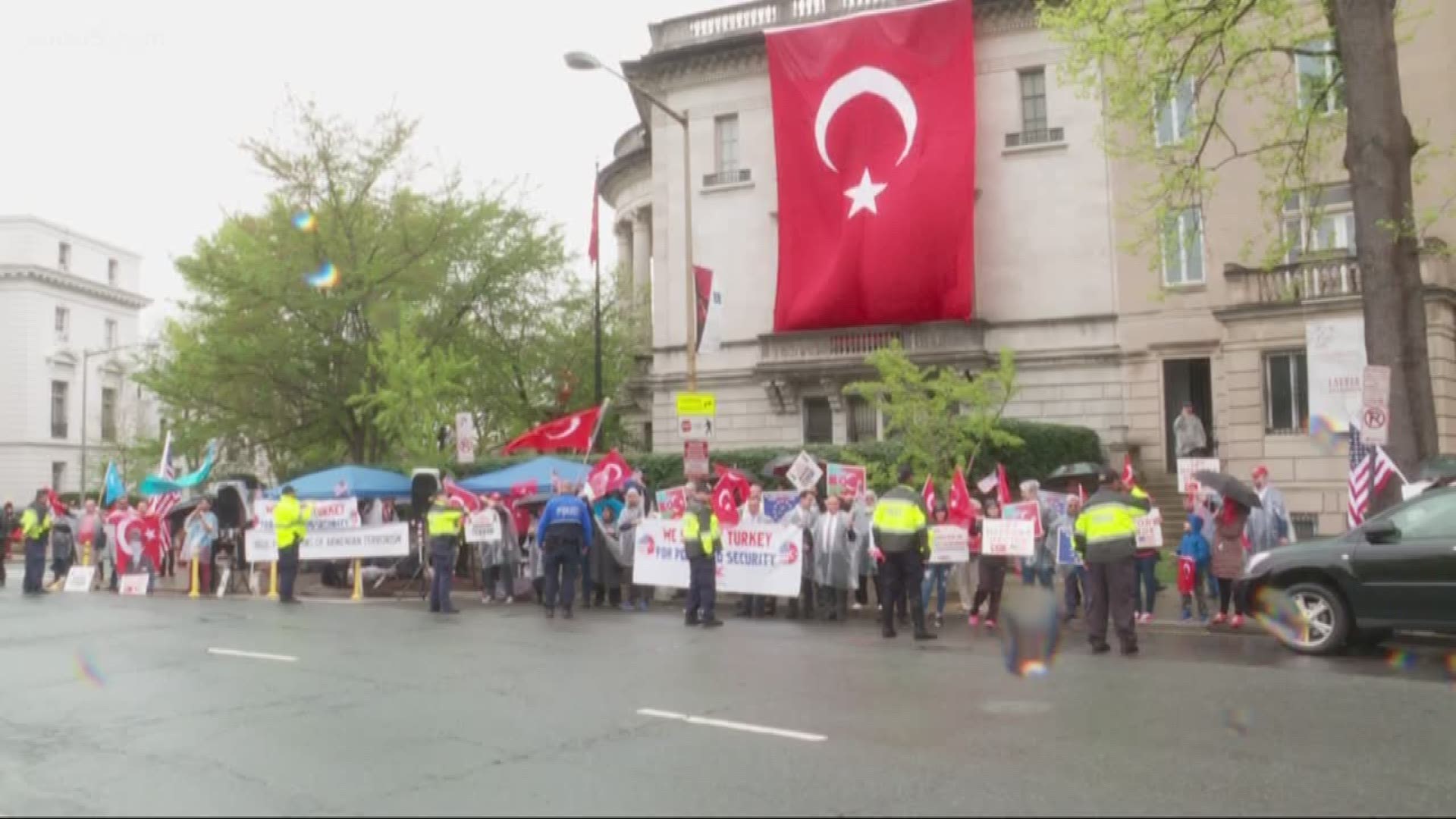 On one side of Sheridan Circle, across from the Turkish Ambassador's Residence, Armenian-Americans gathered together to call on Turkey to officially recognize the Armenian Genocide of 1915. Many Armenians hold the Turkish government responsible for the incident that claimed the lives of 1.5 million Armenians in the early 20th century.

"We are angry that the Turkish government hasn't recognized it," said Tereza Yerimyan, a member of the Armenian Youth Federation.

On the other side of the street, Turkish-Americans gathered in front of the ambassador's residence for a counter-protest. The group supported an effort backed by the Turkish government.

"A protocol to create a historical commision to look into the Armenian issue from 1915," said Gunay Evinch, of the Turkish-American National Steering Committee.

Both protests were heavily guarded by members of D.C. police, the Secret Service and US Park Police.

No altercations occured between the two groups.

Last May, several people were hurt when the both groups clashed during Turkish President Recep Erdoğan's visit to Washington, D.C.