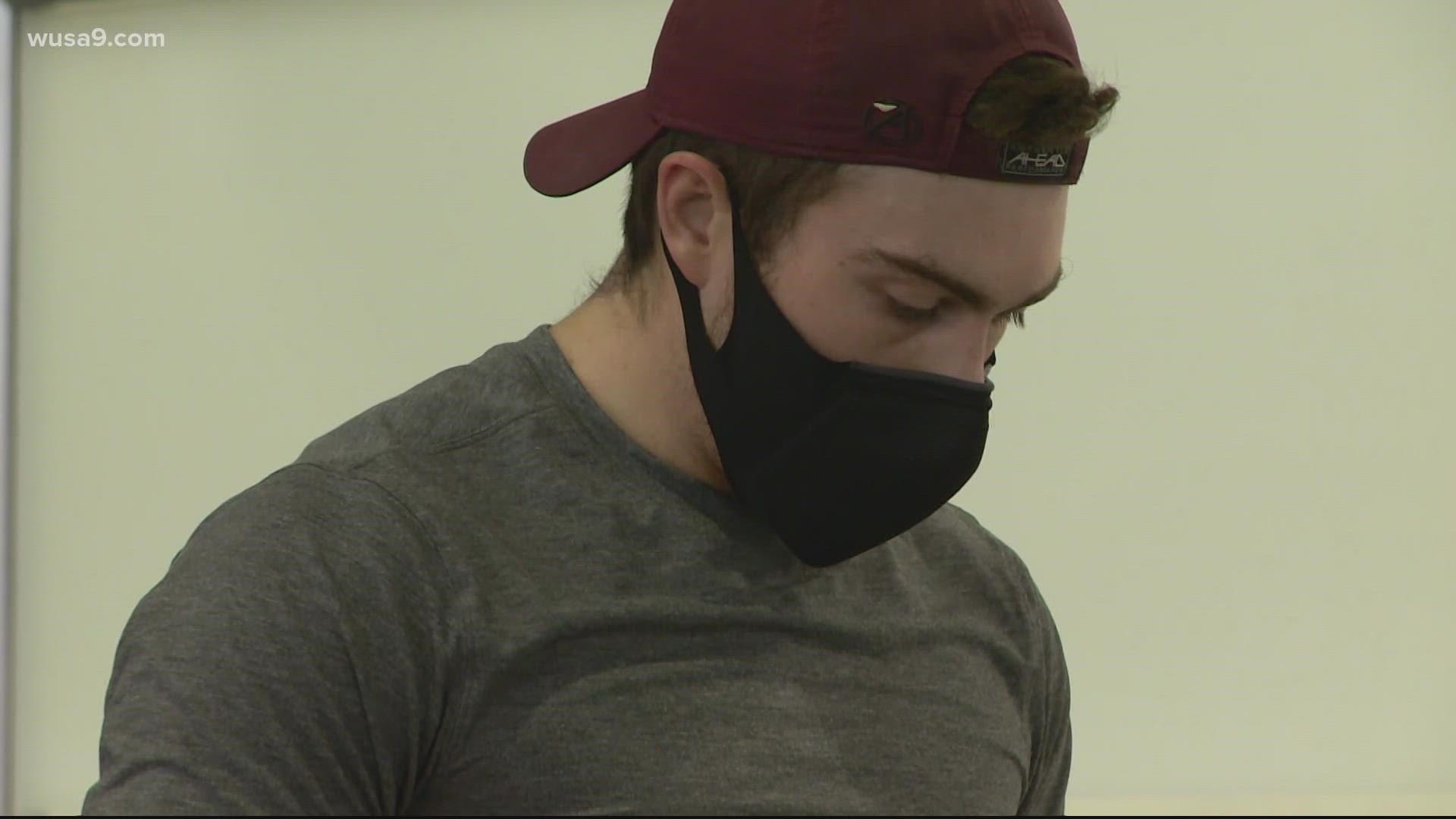 WASHINGTON — The indoor mask mandate for most public spaces in D.C. was lifted starting on Monday.

Mayor Muriel Bowser announced her decision to drop the mandate earlier this week but stressed wearing masks is still important. The focus has shifted from a blanket mandate to following risk-based guidance from DC Health that accounts for current health metrics and a person's vaccination status, according to the city.

Private businesses would still have the choice to require a mask. Masks are still required in these establishments regardless of vaccination status:

The District has upheld one of the strictest policies in the country since the surge of the Delta variant. Health officials did not release specific metrics behind the decision during the announcement, but pointed to an increase in vaccinated individuals.

About 88% of eligible residents have been vaccinated and daily case rates have plateaued.

Dropping the mask mandate is moving forward despite opposition from 10 council members who sent a letter urging officials to reverse the decision.

“We are concerned that this decision would place the District ahead of the science, including continuing guidance from the Centers for Disease Control that still recommends that masking indoors is the safest way to protect everyone from COVID-19 exposure,” the council members wrote. "Even the White House will maintain its mandate."

The council members noted how children aged five to 11 years old were only recently approved to receive the COVID-19 vaccine.

They added that the timing of the mandate lift came too close to the holiday season.

"We are concerned that changing course in the Winter months, not to mention the week before a major travel holiday, is not a prudent course of action," the letter read. "It sends a signal that public health concerns are back to normal when they are not."

Councilwoman Brooke Pinto, who did not sign the letter, expressed her own concerns about a complete reversal and wanted to see metrics for these decisions in the future.

My full statement on the lifting of the mask mandate: pic.twitter.com/b12csG62KS

However, the decision to lift the mask mandate was praised by many in the business and tourism community, including the fitness industry. Earlier this year, a group of gyms in D.C. pushed to get rid of the mandate and sought approval to operate in a vaccine-only capacity.

Salimi is a member of Urban Athletic Club, which has three locations in the city. UAC managing member Graham King said members are excited to attend classes without having to wear a mask, but will continue to follow guidelines from the city if a mandate was reinstated.

"I know we've done a lot to save lives in this but we've seen a lot of dreams being crushed as far as small businesses," King told WUSA9. "If we have to be back outside, we'll go back outside. If it's masks, we'll put on a mask. We'll follow the lead. I mean we are a small business who is trying to make it through the pandemic and we'll do whatever it takes to keep moving forward."

Earlier this year, 16 gyms in D.C. asked the city to allow gyms and fitness studios to operate in a vaccine-only capacity and not impose a mask mandate.

RELATED: 'It’s a relief' | End of DC mask mandate welcomed by gyms, but council has concerns