House members now face a $500 fine for not wearing a mask on the floor of the House of Representatives and $2,500 for the second offense. 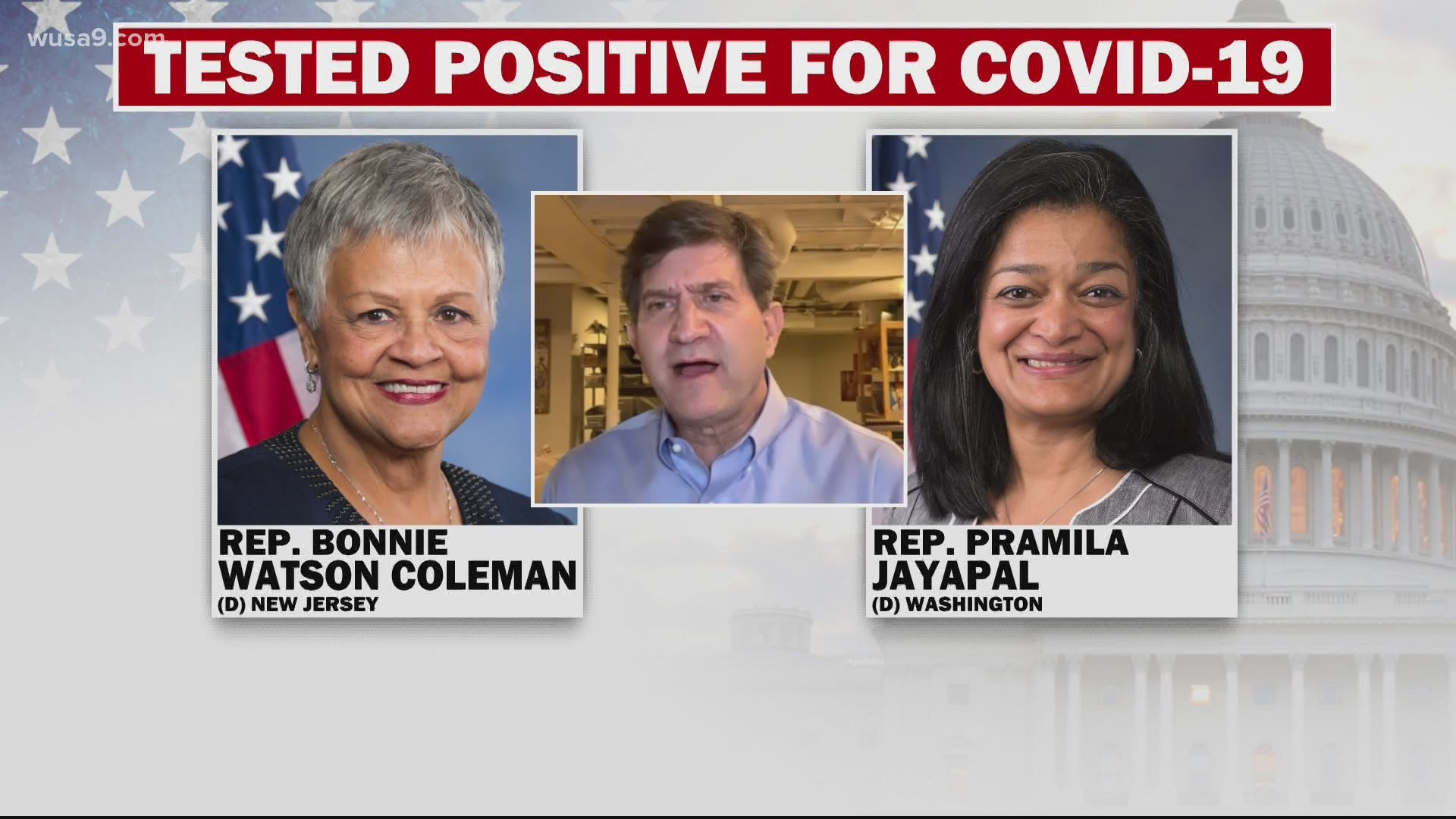 WASHINGTON — In a straight party-line 222-204 vote Tuesday evening, the House approved fines for members who don't wear a mask on the House floor during Congressional sessions -- $500 fine for a first offense and $2,500 for the second offense.

The rule change comes after at least three members of Congress -- Reps. Bonnie Watson Coleman (D-NJ), Pramila Jayapal (D-Wash.) and Brad Schneider (D-Ill) -- say they tested positive for COVID-19 after sheltering in place during the Capitol riots with colleagues who refused to wear masks.

Members of Congress and their staff were in close proximity for security reasons when the mob attacked and chaos struck the legislative chamber.

"They were all Republicans, they were asked to put on masks, they refused," Rep. Ruben Gallego (D-AZ) said.

Several Republican lawmakers in the room adamantly refused to wear a mask, as demonstrated in video from Punchbowl News, even when politely asked by their colleagues. https://t.co/4VS8mPn6Uf

"I think a lot of us are worried," Gallego said. "So far, I have no symptoms. I don't want to be asymptomatic either because that's not a great situation for anybody."

Gallego, a Marine veteran, was one of the multiple congressional members in the House that helped lead coworkers to safety and even helped Capitol Police with guarding a door to the House Chamber.

"They were asked to put on masks. They refused."
While Congress members were sheltered in a secure area during the Capitol siege -- GOP lawmakers reportedly rejected Covid-19 protocols. @RepJayapal has tested ✅
👀⬆️ thread.
Interview w/ @RepRubenGallego @wusa9 @brahmresnik pic.twitter.com/ANUXZDds0k

"[I'm] disappointed that the same people that caused the riots by denying the reality that Vice President Biden had won the election in a legal and fair manner are the same people who were refusing masks in this very confined space," Gallego said.

Not all Republicans have been against the wearing of masks and several Congress members have promoted their use, including Senate Majority Leader Mitch McConnell and House Minority Leader Kevin McCarthy.

“It’s not that hard, just wear a damn mask," Hogan said at a press conference in early November when COVID cases began to surge again.

Hogan has been hard on his own party about not following mask guidance administered by government health agencies, such as the Centers for Disease Control and Prevention (CDC).

But while there are Republicans that have promoted the use of masks, there have been more than just a few GOP lawmakers that are not following maks mandates within the chambers of their legislative bodies.

Rep. Pramila Jayapal (D-WA) is directly linking her recent COVID-19 positivity to what happened at the Capitol and what she says is Republicans openly mocking the use of masks.

“I just received a positive COVID-19 test result after being locked down in a secured room at the Capitol where several Republicans not only cruelly refused to wear a mask but recklessly mocked colleagues and staff who offered them one," Jayapal tweeted.

I just received a positive COVID-19 test result after being locked down in a secured room at the Capitol where several Republicans not only cruelly refused to wear a mask but recklessly mocked colleagues and staff who offered them one.https://t.co/wVmgroKsdf

Rep. Lisa Blunt (D-DE) said she handed out masks when she believed a super spreader event could be in the midst of occurring because of the security situation and close proximity everyone had to have at the moment.

“I was very concerned we were sitting in a super spreader event but instead of sitting back and lamenting, I tried to go into action to try and persuade people to put them on," Blunt said. "By the end of passing them out, I only had one left in my hand offering them to everyone. I was disappointed in those who didn’t accept the masks but was encouraged by those who did. At least we were a little bit safer.” 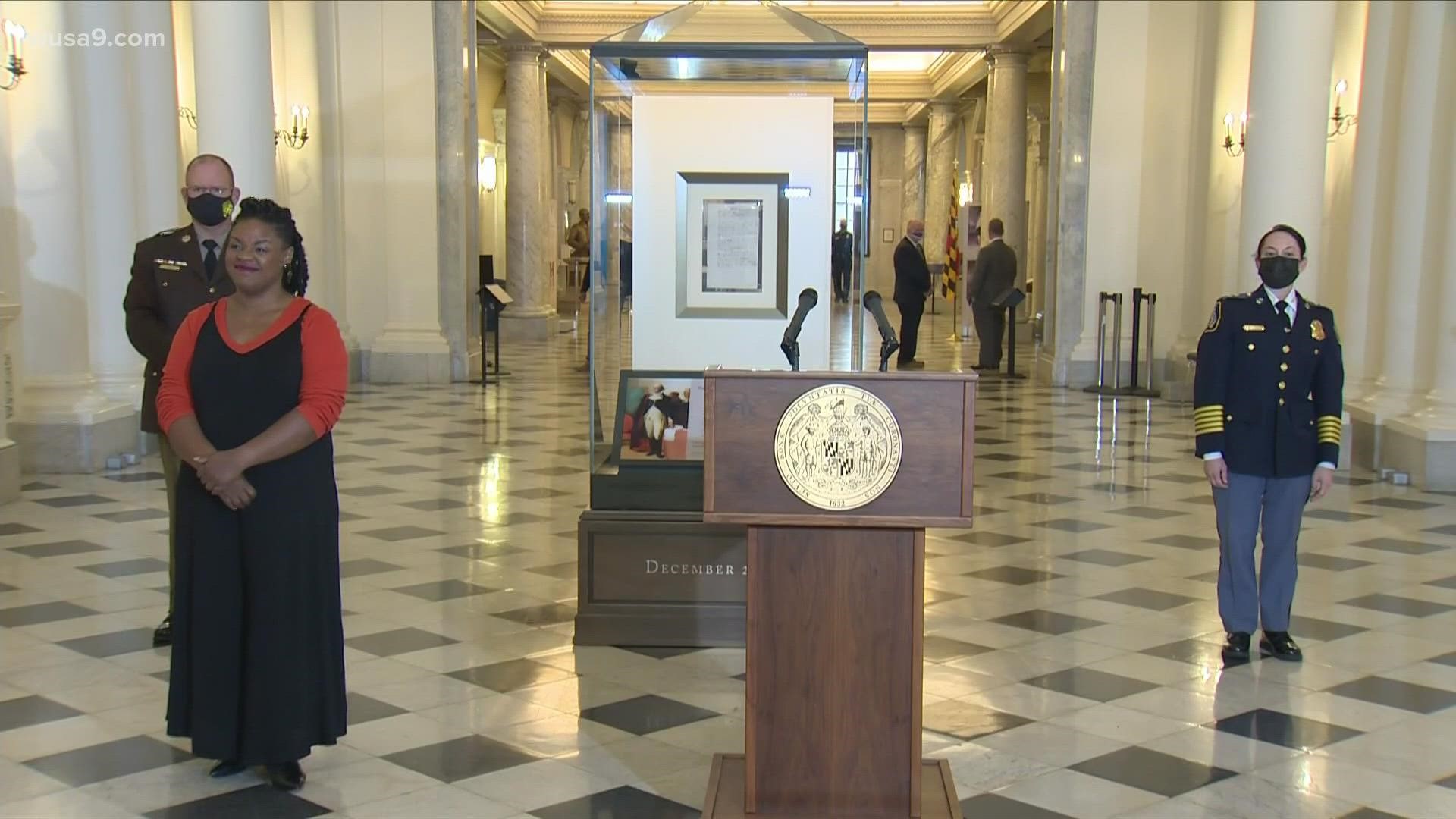 “It is not brave to refuse to wear a mask, it is selfish, stupid, and shameful behavior that puts lives at risk,” Congresswoman Dingell said, after co-sponsoring legislation to mandate fines for those who don't wear masks. “We’re done playing games. Either have some common sense and wear a damn mask or pay a fine. It’s not that complicated."

RELATED: Here's who has been federally charged in the US Capitol riots

RELATED: National Guard sending at least 10,000 troops to DC ahead of Inauguration Day