The $441 million project is slated to be finished in 2021, but drivers can already see some work next taking place. 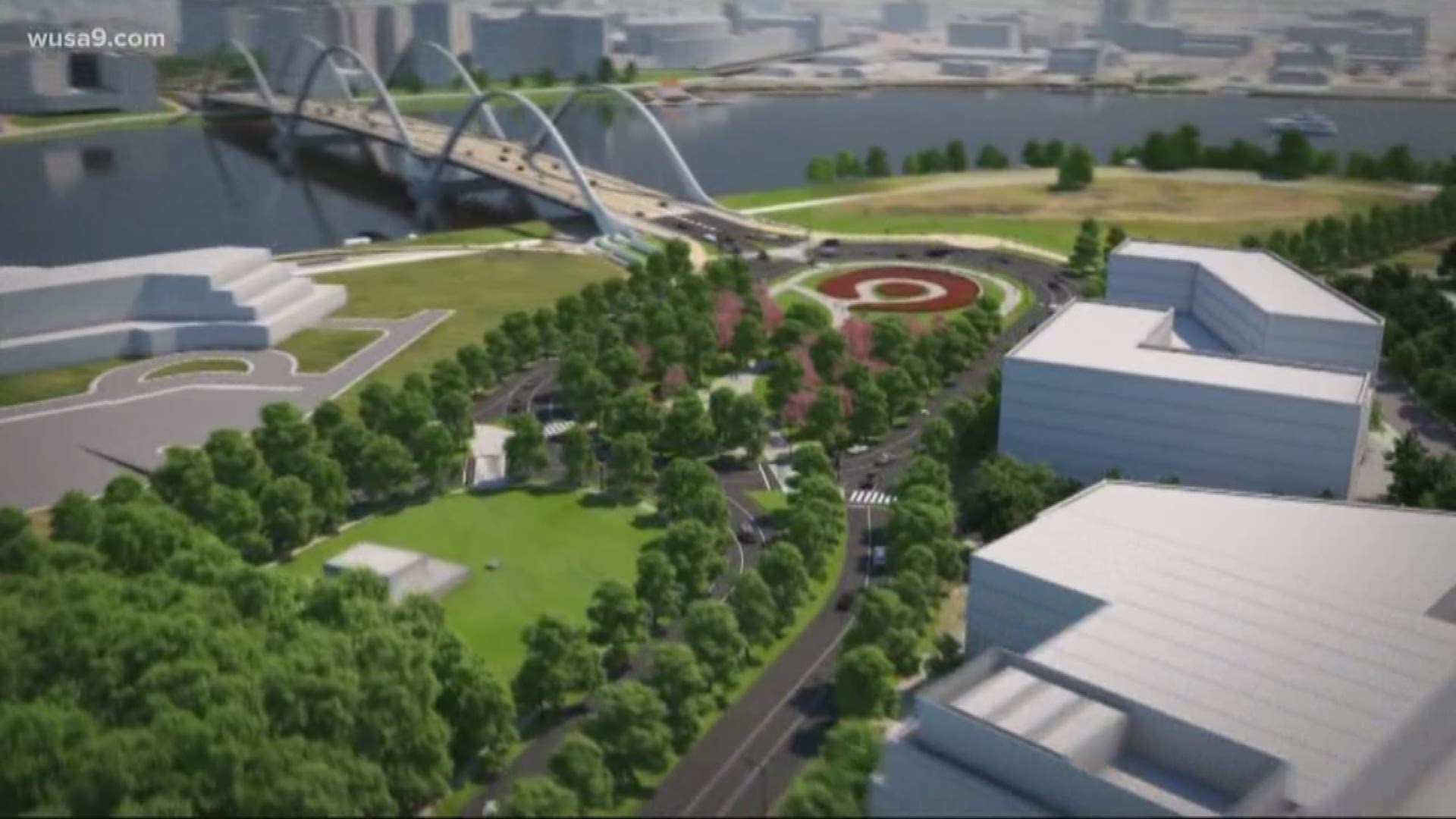 WASHINGTON -- DC residents east of the river got an update on the city's efforts to replace one of its busiest bridges.

DDOT says the structure is 68-years-old and is structurally deficient. So, the city's transportation department is working to build a new bridge that will be eventually be placed next to the site of the old one.

RELATED: Memorial Bridge closures pushed back until next weekend

The $441 million project is slated to be finished in 2021, but drivers can already see some work next taking place.

Delmar Lytle, the manager of DDOT's South Capitol Street Program, said the crews are currently focusing their work on the foundation and piers of the new bridge.

"We're probably about 25 precent complete (with the project)," he said. "The design is about 90 percent complete."

He added in the next six months, locals should expect to see work begin on the construction of two new traffic ovals that will be placed at the base of each side of the new bridge. After that, the formation of the bridge's new arches should begin to form.

DDOT hopes to directly hire 51 percent of its workforce for the project from DC. Lytle said he is also hopeful the project could indirectly create another 1,000 jobs and create new businesses east of the river.

"The good thing we know is if you build the infrastructure, jobs and opportunity comes," he said.

Congress Heights resident Lisa Fitzpatrick attended the meeting. She said she would love to see a new grocery store come to the neighborhood, but she added she is also cautious about the future.

"The concern again is about displacement," she said. "And, how do we maintain this community so that all types of people can coexist and live here like a community."

DDOT has another meeting planned for Wednesday, 6:30 p.m., September 26, at the King Greenleaf Recreation Center at 201 N Street SW.