"The flavors can't be found anywhere else," the well-traveled owner said. 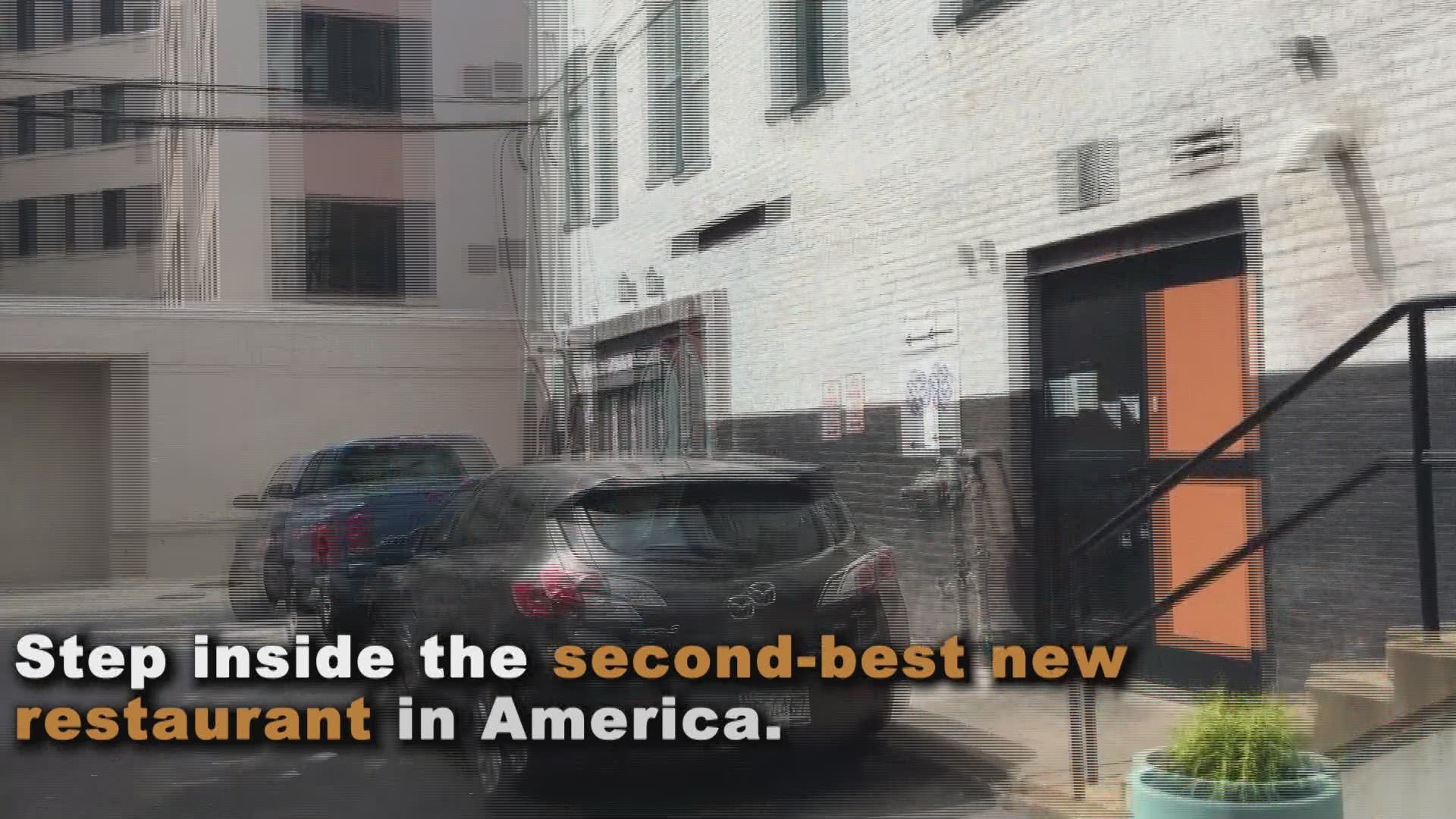 WASHINGTON -- To prepare the dishes of her new restaurant, D.C.'s Compass Rose owner Rose Previte went on a trip with her two co-chefs Chris Morgan and Gerald Addison.

They visited Morocco, Tunisia, Lebanon, Georgia and Turkey, all to help influence their dishes.

The result? A menu full of mouth-watering spreads, fire-grilled vegetables and kebabs and more.

And the restaurant to serve it all? Maydan, a Middle Eastern restaurant on Florida Ave, Northwest, tucked into an alley between a coffee shop and next to a bike rack.

Previte's travel and attention to the dishes has certainly paid off. In August, they were named to Bon Appetit’s Best New Restaurant in 2018 list.

Better yet, Maydan scored the coveted #2 spot. The spot had been previously held by D.C.’s Bad Saint in 2016.

“A maydan brings everyone together over a common emotion. And that is powerful.” This goes beyond fire and food - and right into feelings. We are beyond thankful to be recognized in @bonappetitmag ‘s hot ten for best new restaurants. A huge congratulations to our amazing team, and all of the wonderful company listed with us. ✨ #bahot10

“It only takes one meal – and a couple hours staring longingly at the huge hearth and all of the charred meats and puffy bread off of it – to realize why it’s all worth it,” Bon Appetit wrote of the restaurant in their piece.

According to its website, the name – and its cuisine – is meant to inspire community and to bring people together for Middle Eastern dishes.

RELATED: D.C. restaurant named Restaurant of the Year by Food and Wine

The spirit of collaboration and community at Maydan extends far past its conception and name.

Perched on the second floor of the quaint restaurant, with mismatched chairs, exposed brick wall, and two full bars, Previte discussed all of the efforts to bring dishes that have deep roots in Middle Eastern culture and experience to the table.

Hitting the markets of Muscat first thing in the morning on our first day in Oman. Our new friend, Salim, kindly explains all the market things to Chef @cmorgasbord Follow us at #maydan2oman to see what we discover. 📸 @thejenchase

Using the hashtag #Maydan2Oman, the team documented their colorful journey that included roasting coffee beans over the fire and exploring the markets in Muscat. Previte says that not only did they visit restaurants and markets while there, but they also asked people on the street to introduce them to their kitchens.

The experience is likely to inspire new flavors at the D.C. restaurant.

Another unique aspect of Maydan is that much of the menu is cooked on an open-flame, which you can see from your seat on the first floor of the restaurant.

"We just trying to make a tribute to ancient cultures, so this is how you cook back in the old world," Previte said.

And despite using an open-flame, Previte wants to dispel the idea that the restaurant is mainly meat.

"Sixty percent of the menu is actually vegan," she said.

However, enjoying the cuisine at Maydan is just half of it – you need a reservation first. And to get that, you need to be online, ready to click at 12:01 a.m. 28 days in advance of your preferred dining date. As of right now, no reservations are available through September 10.

Walk-ins are available, and Previte wants patrons to not fear the bar. "People have eaten full meals there," she said.

Maydan’s website suggests getting there early or after 9 p.m.

The inclusion on Bon Appetit’s exclusive list comes after a long list of honors for Maydan, which only opened in November 2017. It made Bon Appetit’s Top 50 newest restaurants in July, leading to its eventual inclusion of the Top Ten list.

Food and Wine Magazine ranked it as one of the restaurants of the year in April. And in July, Eater included it on their list of Best New Restaurants in America.

Sold on it yet? In considering waiting up until midnight to score a coveted reservation, it’s perhaps best to listen to Previte on this one.

"The flavors can't be found anywhere else. You get a range of flavors from different countries that'll hopefully remind you of different trips that you've been on," Previte said.

Then, with a shrug and smile, she added: "Maybe it'll inspire you to go on your own trip."

Maydan is located at 1346 Florida Avenue, Northwest. It’s open from 5 p.m. through 2 a.m. Sunday through Thursday and until 3 a.m. Friday through Saturday. The kitchen closes at 11 p.m. every day except at 10 p.m. on Sundays.