After months of complaints and several hearings, the independent investigative arm said it will launch in inquiry in the benefits system. 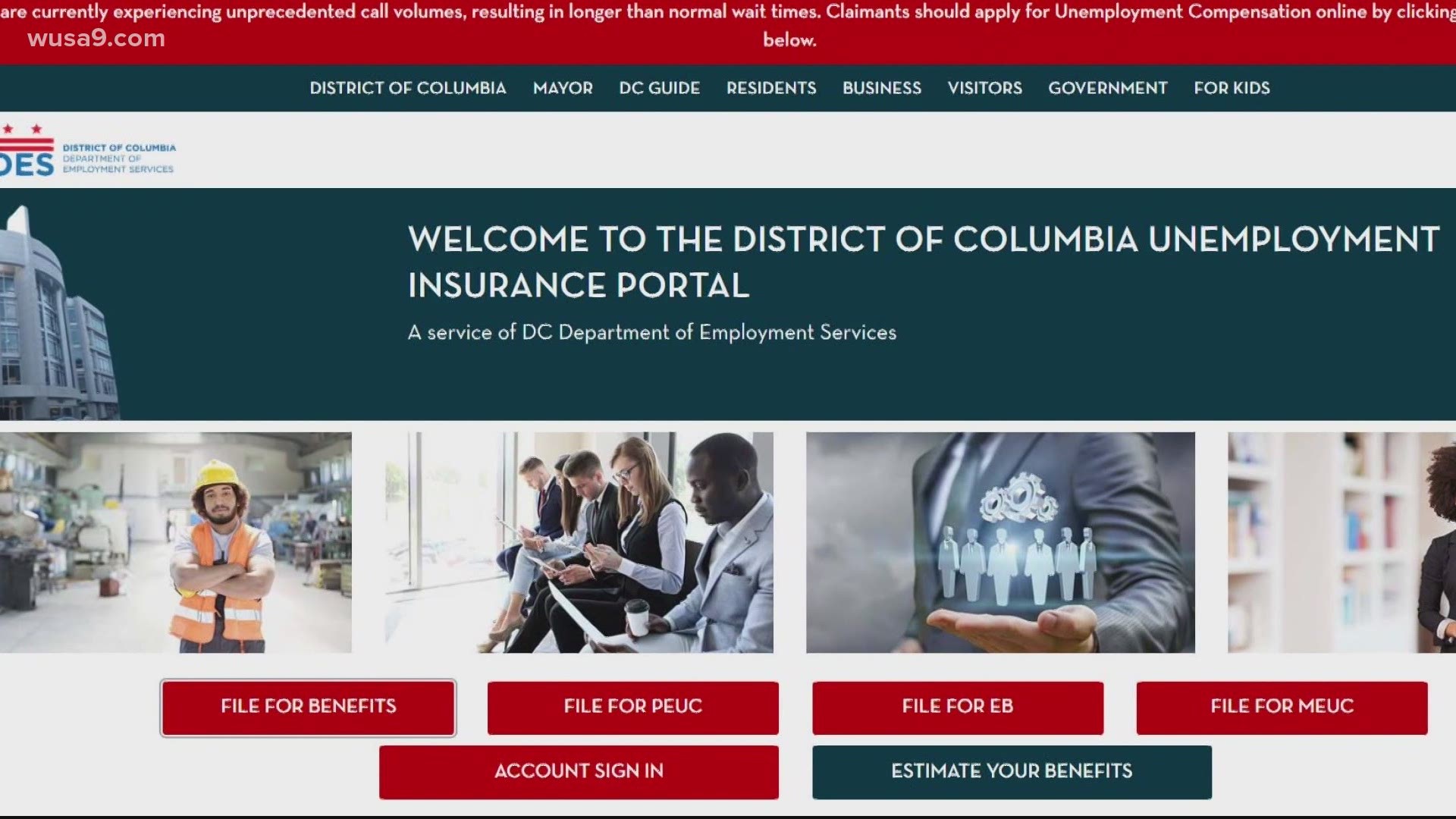 WASHINGTON — Months of complaints about D.C.’s unemployment services has triggered an audit into how the District’s benefits system has performed.

Since the pandemic began, glitches and stalled payments plagued overwhelmed unemployment benefits systems across the country.

In D.C., at times it has left thousands of D.C. ‘s unemployed workers without benefits or answers for weeks. The outcry from thousands got the DC Council involved.

In the beginning of May, the DC Council held several hearings to figure out what went wrong with the District’s unemployment benefits system. The first featured the testimony of dozens of unemployed workers.

“It seems unconscionable for the same system and governmental agency to still be unable to reliably and effectively get payments out to those residents,” worker Valerie Torres told the council.

“There was a system glitch in February that caused delays in my benefit payment,” Cecilia Montgomery said. “I had scheduled bills to be paid out. I wound up having over $100 in overdraft fees from that one week.”

At times, the testimony boiled over with emotions and frustrations.

“Can the phone reps please stop telling us to look for a job at DC networks.org?!” Gideon Sandford said. “It is not just condescending. It is tone deaf.”

Members of the District’s Committee on Labor and Workforce Development took in each person’s story. As the committee councilwoman Elissa Silverman tried to get a handle on what went wrong.

“It seems like a chaotic management system in the Unemployment Insurance division,” Silverman said. “There doesn't seem to be systems in place to efficiently get claims from the initial filings through resolution and payment.”

The DC Council is familiar with the issues. For 14 months, their offices have fielded desperate calls from citizens. Complaints ranged from the obsolete website to the glitches that stalled payments, to the call center that many workers called, “unhelpful.”

Last month, the director of DOES, Dr. Unique Morris-Hughes addressed the latest issues with the benefits system. New federal legislation and an update to the claims website disrupted benefits for thousands.

At the time, the director told WUSA9, the issues only affected around 2,500 people. Councilwoman Silverman said upon further review, the council believes the number was significantly higher: around 13,000 people.

“There's something wrong in just the systems,” Silverman said. “That's something that the Inspector General is going to get into.”

Following these hearings, D.C.’s independent investigative arm announced it would start an audit of DOES. The investigation aimed squarely at the office’s ability to process claims during the pandemic.

Councilwoman Silverman said the hearings and the audit are just the beginning.

“I'm done with excuses, I'm done with, ‘Well, we have this outdated system, and we can't do anything,’” she said. “I'm going to be proposing more urgent reforms to get our unemployment system working.”