About 30 cars brought the departures level to a crawl to protest low wages and lacking benefits. 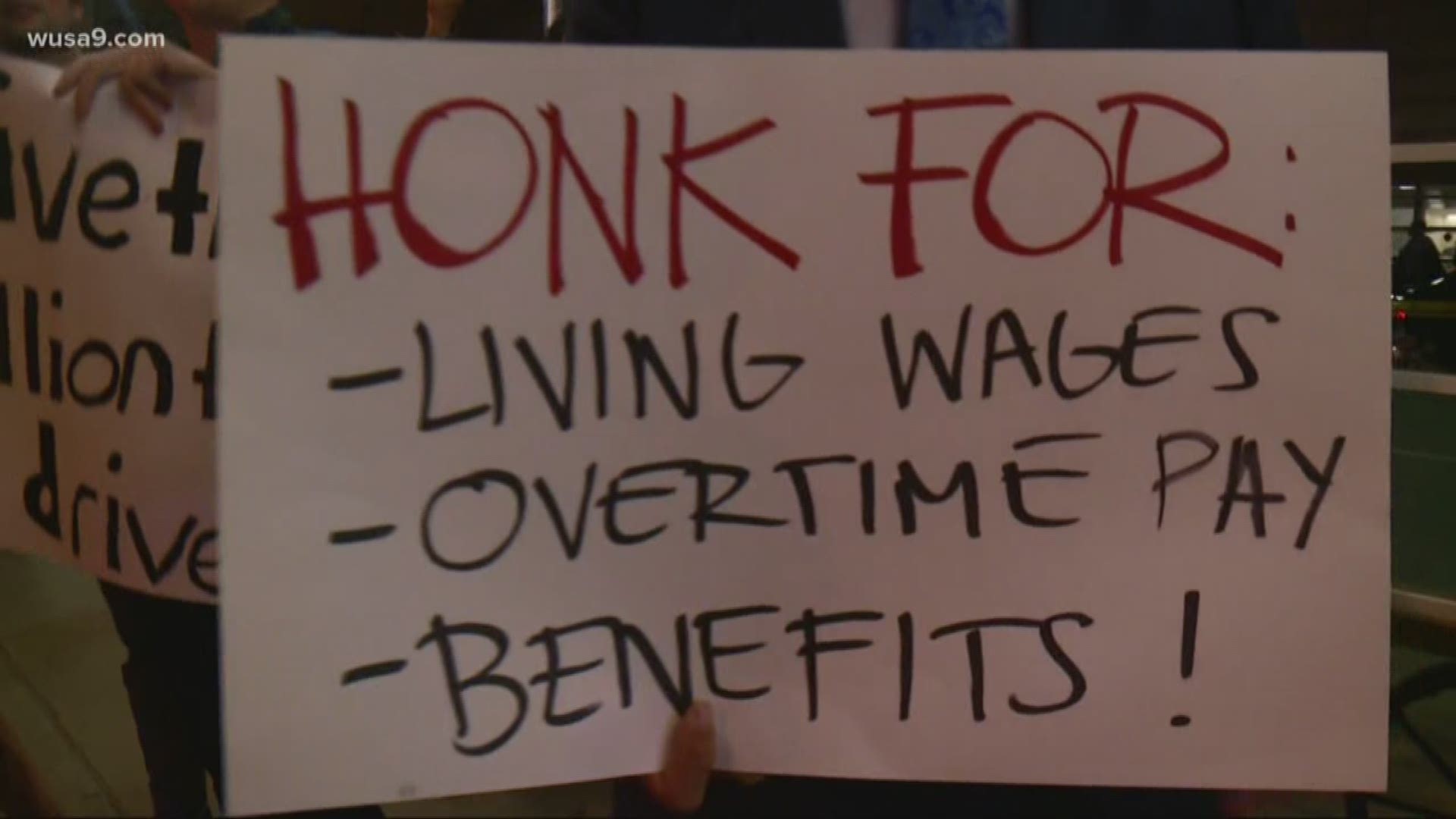 WASHINGTON -- Uber and Lyft drivers used their cars to briefly stop traffic on the departure level at Reagan National Airport Wednesday night. The protest, organized by a group called Drive United, was part of nationwide demonstrations against the ride-sharing companies.

“This is just a first step,” said Sophia Marjanovic, a former Uber driver from Silver Spring. “We need a lot more of these and we need stronger strikes.“

About 30 drivers gathered in the parking lot of an Alexandria Target, then drove along airport access roads, honking to chants of a line of protesters. The entire protest lasted about a half hour.

Valued at $80 billion, Uber is preparing to go public. De La Cruz said Uber executives are not sharing the wealth with drivers. A Georgetown University study found that some local ride-share drivers make $5 per hour after expenses.

Reagan National Airport officials stressed that aside from the Wednesday night protest, things remained normal throughout the day. An airport spokesman said that passengers had no problem getting a ride-share.

Metro had planned to operate extra trains in case to pick up any slack created by strikes, but it ultimately did not need them.