DC police have identified a 17-year-old as the person behind several armed robberies in the district. The victims are people who agreed to met-up with the suspect thinking they were going to purchase an item from the classified app, Letgo. 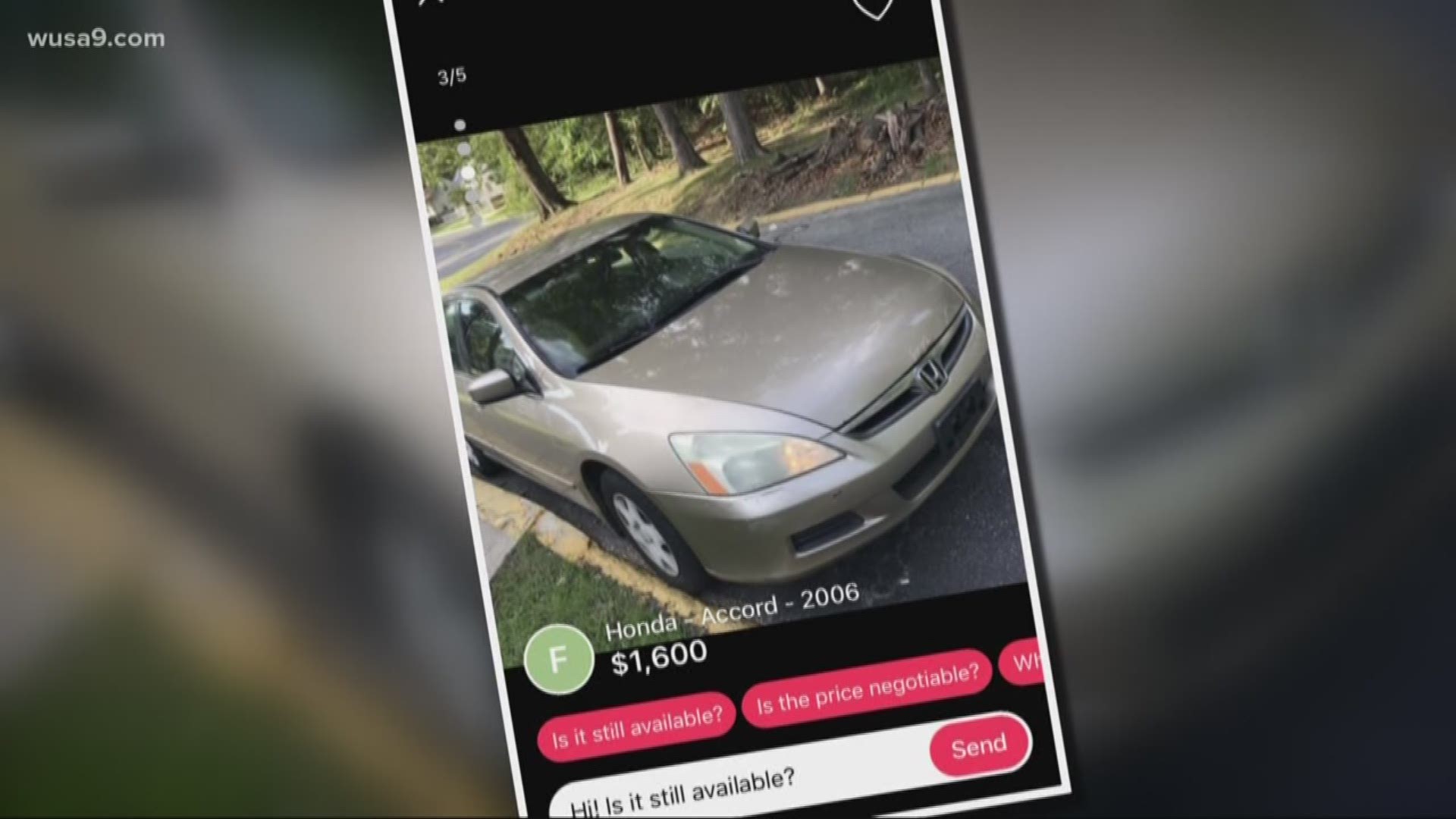 He’s charged with brandishing a gun in at least three different armed robberies. The victims involved are people who agreed to meet with the suspect, thinking they were going to purchase an item on the classified app, Letgo.

DC police said the first incident happened at around p.m. Friday, Nov. 9. The victim told police she was meeting a person named “Fitz” at the 2300 block of Altamont Place SE to purchase a $700 iPhone X.

Court documents say the victim took an Uber to the Southeast, D.C.meeting location but exited the Uber when she couldn’t locate the address. Police say she waited for the suspect, who later arrived and directed the victim to the rear of an apartment building on Naylor Road SE. That’s when police say the suspect pulled-out a handgun and demanded money. The woman fled unharmed.

The second incident came the very next day.

Paul Riegert described the moment “Fitz” pulled a gun as “super surreal” and a “bit strange.” Riegert said he tried to talk the suspect out of carrying-out the armed robbery. Riegert’s friend managed to call 9-1-1 and lock himself inside their car, where their cash was located. The suspect ended-up fleeing the scene.

The third report came on that same day. This one involved a gun drawn on a parent and their 9-year-old child.

Court documents say on Nov. 10, a man had gone to purchase the vehicle his wife agreed to by on Letgo. She had agreed to pay “Fitz” $900 in cash.

When the husband and 9-year-old daughter arrived at the Altamont Place SE address given, they were directed to another location in between two apartment buildings. Police say the suspect then pointed a pistol and demanded the cash.

Court documents say the man covered his daughter and gave $600 to the suspect, who then fled towards Naylor Rd. SE.

Police later identified the suspect as Tykel Wilson Jr. He was arrested on Tuesday, Nov. 27 and arraigned on Thursday. The USDOJ's office confirmed Wilson has a 9 a.m. preliminary hearing on Friday in Courtroom 301.

Riegert said he doesn’t think this experience will stop him from shopping on classified sites again.

“It didn’t taint that reputation,” said Riegert. “It just made me more wary and to take more of the safety precautions that they advise you in the app, in the first place, to do.”

Prince George’s County police noted an increase in similar crimes just before the Thanksgiving holiday. They sent out the following alert:

In each of these cases, the victims agreed to meet the suspect(s) in order to buy or sell an item listed on a classified ad app – including shoes, a phone and cameras. When the victim and suspect(s) met in person to make the transaction, the suspect(s) robbed the victims.

Historically, these types of robberies have increased in the weeks leading up to the holidays. In an attempt to help prevent these crimes here in our county, the Prince George’s County Police Department is providing these safety tips. Please share them with your family and friends.

*Tell friends or family about your plans

*Never go alone to the transaction location. Always try to bring a second person with you

*It's best to talk to a potential seller or buyer on the phone. Do not communicate only through an app or online

*When possible, meet the potential buyer or seller in a public place - like a shopping center

*Trust your instincts. If the deal sounds too good to be true, it probably is

*Unless the item is too large to bring out of your home, never invite a buyer to your home