This is DC's teacher of the year. Here's how he was surprised with the news 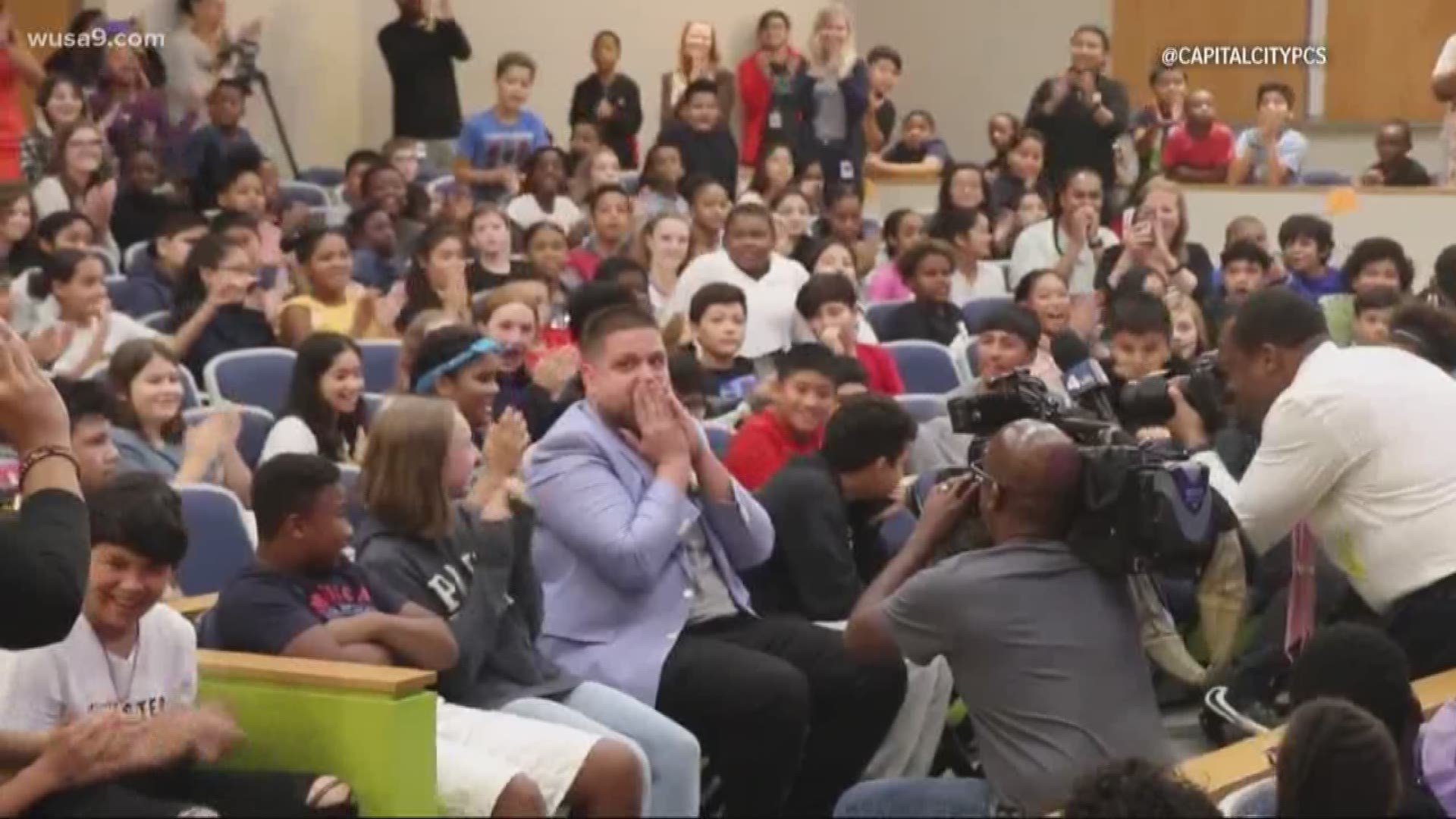 WASHINGTON — During an assembly at a D.C. middle school Wednesday, Mayor Muriel Bowser announced the District's teacher of the year and he was completely caught off guard.

In a video that was posted to Twitter by Capital City Public Charter School, Bowser said while she was there to highlight the growth of the school, she also had a special announcement.

"So while I'm here to highlight the progress of your entire school, I do have an important announcement to make because a very special thing is happening here," Bowser said. "We get to acknowledge the 2020 Teacher of the Year for the District of Columbia."

RELATED: You don't need a bachelor's degree to substitute teach for Montgomery Co. Schools. Here's why

Moments later, she named Justin Lopez-Cardoze the recipient of the award.

The audience immediately began to cheer and applaud Lopez-Cardoze. His face was priceless. He was in complete shock, covering his mouth with his hands as he emotionally made his way to the stage.

As he was on his way to meet Bowser on stage, he was surprised by his husband and his mother. He stopped to give them both a hug and a kiss and the mayor encouraged the crowd to, "give it up for Mr. Cardoze."

The audience cheered louder and harder and began as he shaking the hands of his colleagues on stage.

According to Capital City Public Charter School's website, Lopez-Cardoze is seventh grade science teacher and has been working at the school since 2016.

He has a master of science in biotechnology from Johns Hopkins University and a bachelor of arts in chemistry from the University of North Carolina at Chapel Hill.

Lopez-Cardoze speaks Spanish and enjoys running, swimming, traveling, shopping and being adventurous in his free time.