They said it's more than representation — it's about autonomy over local laws, racial justice, even climate change. 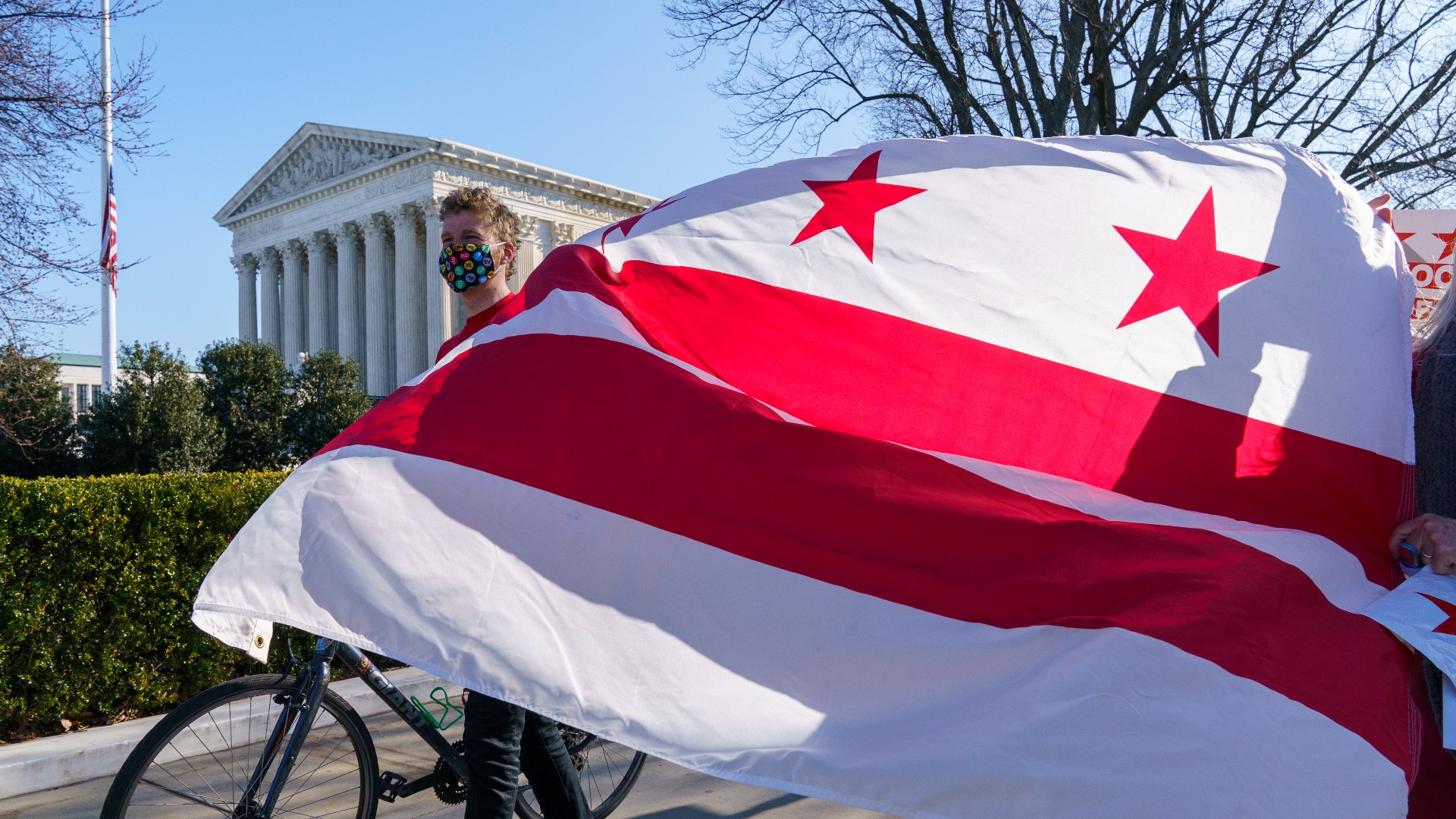 WASHINGTON — Advocates have been pushing for D.C. statehood for years. They say Tuesday's historic hearing marked an important step toward adding that 51st star to the flag.

“In the shadow of the Washington monument, I became a second-class citizen, and that’s when I decided to do something about it," Johnny Barnes said.

He and about 100 others rallied in support of statehood before the hearing Tuesday.

The biggest goal for them is to secure representation for D.C.'s 700,000 taxpaying residents.

“As a native Washingtonian, I understand that this is bigger than just political talking points if there are 700,000, plus lived realities attached to the fate of his legislation that's moving to the Senate," Concerned Citizens founder Ty Hobson-Powell said. "It's beautiful to be heard. But just want to see being heard translated into something that shows us that we have been heard.”

RELATED: 'The civil rights and full democracy of DC residents are in your hands' | Read Mayor Muriel Bowser's full testimony on statehood

Another issue advocates point to is the fact that D.C. doesn't have full autonomy over its laws.

“Congress oversees a chunk of our budget. It's, you know, the oversight is not fair," Barbara Helmick, the Director of Programs for DC Vote said. "For example, when the first stimulus package came out of Congress to help Americans with the impact the terrible impact of COVID on people's health and on their local business. They cut the amount they gave DC and said let's make them a territory."

Another important component, they say, is racial justice.

“In DC statehood, it is impossible to see those outcomes and not see it through a racial lens and to see that predominantly occupied by Black and Brown residents," Hobson-Powell said.

Groups like Sunrise Movement DC are working to drum up support for state 51 in the current 50. The group said they have more than 100 hubs throughout the United States.

“It's definitely having those hard, hard conversations about what not having statehood means for us as DC residents," Sunrise Movement DC organizer, Kate Finman.

They're all determined to see the statehood fight through.