The founders' goal is to help immigrants while celebrating their cultures through fusion food. 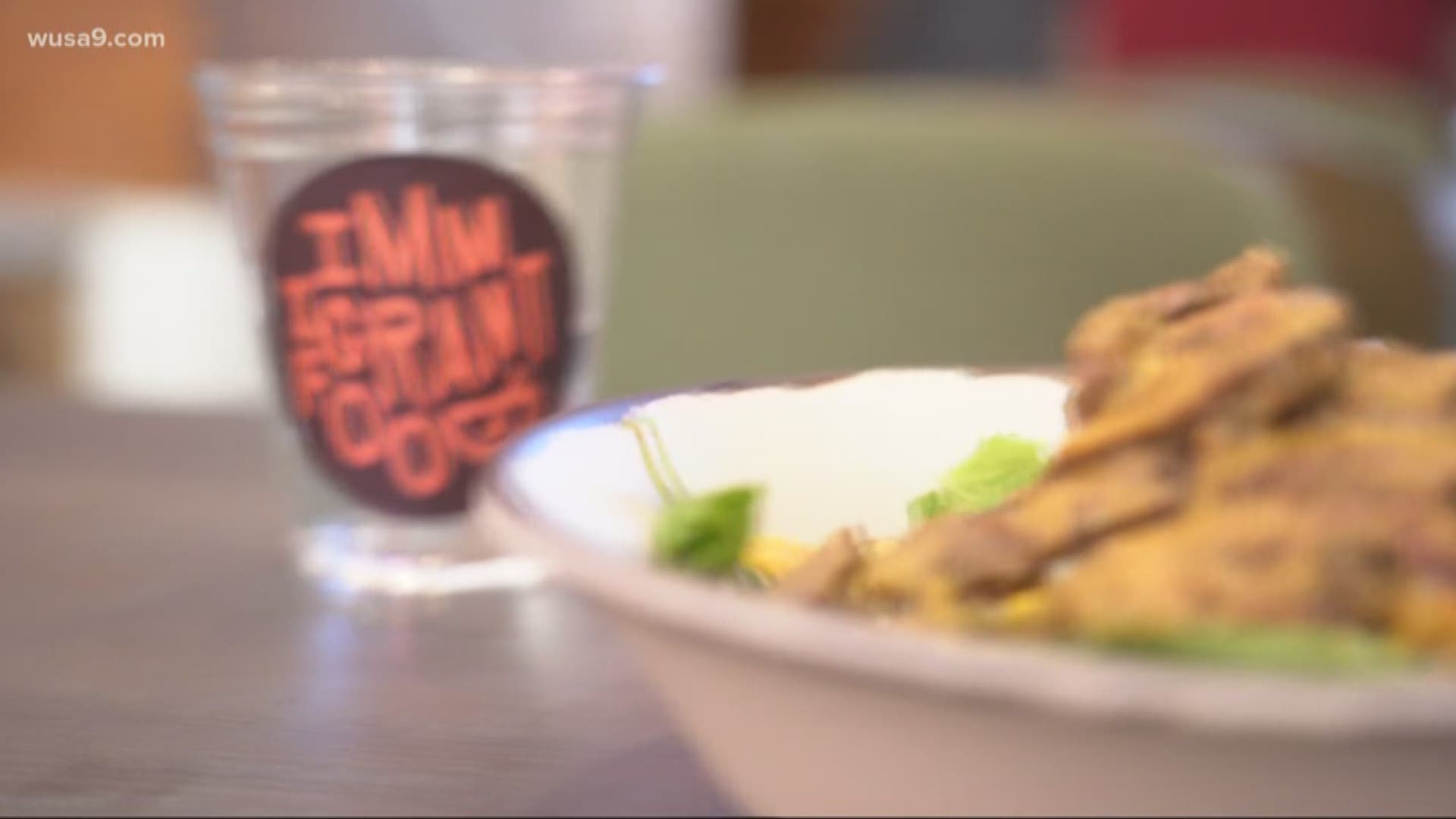 WASHINGTON — A new D.C. restaurant is combining advocacy with gastronomy to introduce a new concept: "cause-casual."

The name is "Immigrant Food," and it's located steps away from the White House.

The team said they wanted to be close to the main seat of power to get their message that "We are all immigrants!" across. But, they call it "serendipity" that they ended up so close to the president.

In partnership with chef Enrique Limardo and restaurateur Ezequiel Vazquez-Cer, Schechter said they wanted to serve incredible fusion bowls while giving back to local immigrants.

"I am immigrant myself, so I know what is it to be immigrant in this country," Diana Avellaneda, a staff accountant with Ayuda, said. "They need someone who will yell for help for them."

Ayuda is a non-profit that provides legal, social and language services for immigrants. It's one of the five big NGOs that the Immigrant Food founders have partnered with to give back.

When it came to the menu, Chef Enrique Limardo said he wanted to combine recognizable flavors from different cultures in the same bite--hence, a fusion bowl.

"As a chef, it was quite a challenge to create a menu that combines all of these components," said Limardo. "The other reason is the social component behind it is something that is so important to me. That it’s very deep in your soul, in your heart, that you have to give something to other peoples."

The giving back comes in the form of an "Engagement Menu," where customers can choose how they want to help while they order their bowl. Options include donating, volunteering, or signing up for their newsletter to find out when petitions and protests are being held.

They said all of those resources funnel directly to their NGO partners, like Ayuda.

"I think the biggest issue right now is political, unfortunately, doors for them are closing everywhere," Avellaneda said.

She said it's a welcome haven amidst what she says has been a wave of hurdles for immigrants.

"That is a big hope, thinking that out there, there is people thinking about immigrants," she said. "There are people advocating for us."