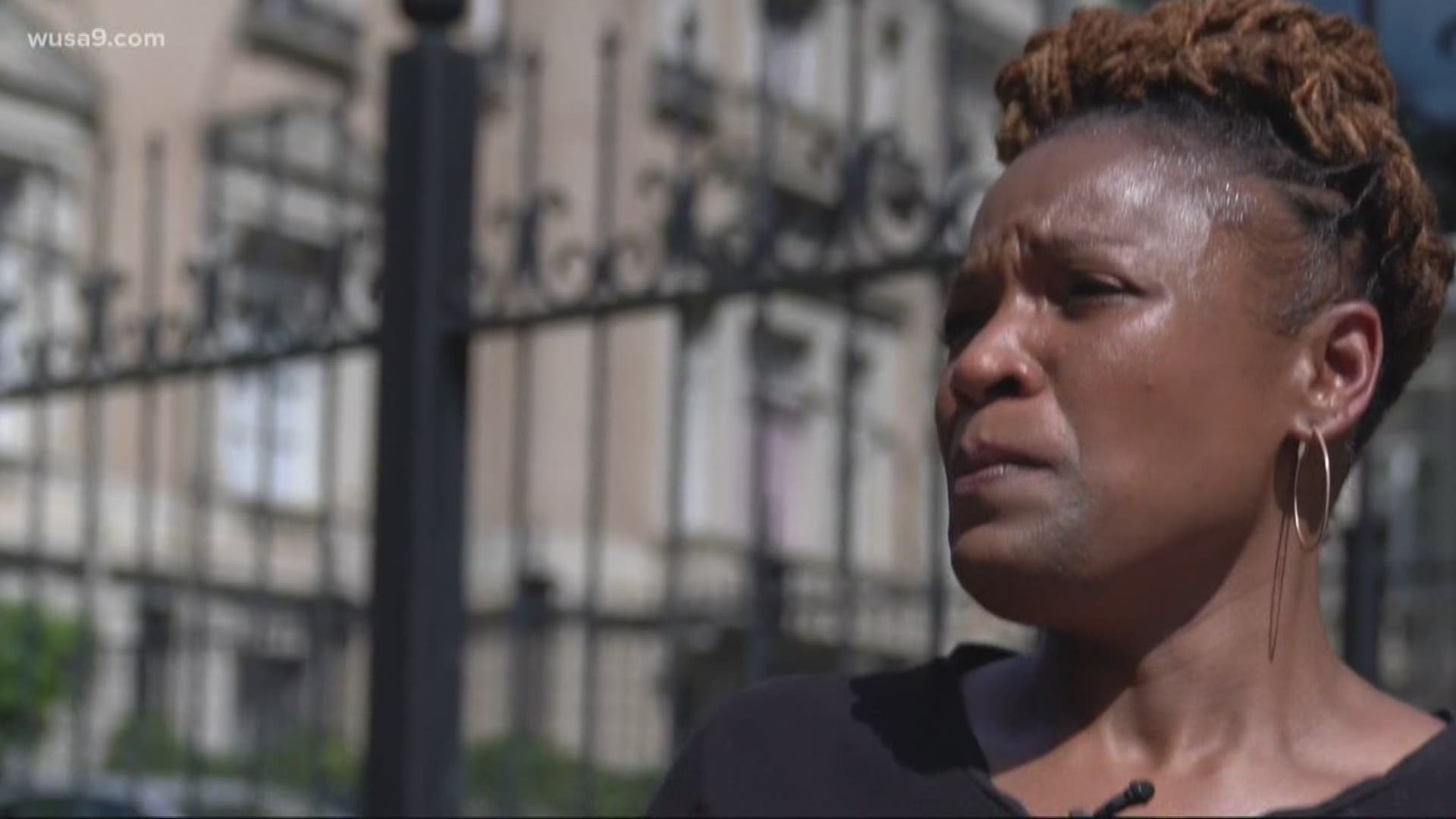 In the report, released Monday, D.C. Police studied a recent four-week period from July 22 to August 18 and found that 70 percent of people stopped by its officers were black – despite the fact that Census numbers show there are just about as many white people living in the district.

D.C. Police Chief Peter Newsham has refused multiple interview requests from WUSA9 to explain his officers’ actions or why his department had not followed the Neighborhood Engagement Achieves Results (NEAR) Act, which requires D.C. police to overhaul the way it tracks stop and frisk.

In June 2018, cell phone video showed angry clashes between police officers and residents in the Deanwood neighborhood, an area already frustrated with a perceived racial bias on the part of D.C. police officers.

Black Lives Matter DC, Stop Police Terror Project DC and the ACLU District of Columbia sued the police department to force it to follow that law.

Explore the map below to see MPD stop and frisk hot spots from the department's original 2017 data release:

The new system includes a breakout of what are called "non-ticket stops," a special category of police stops that result in an arrest, pat down or investigative questioning.

The numbers there are even more stark, with 86 percent of those more serious non-ticket stops being done on African-Americans.

“They’ve always been able to say, Eric is a reporter, this is what he’s looking for, or they are able to say the ACLU is always chasing people, Black Lives Matter thinks all of this happens anyway,” Goggans said. “Now they’re going to have to say, 'But these are our numbers.'”

MPD declined an interview request from WUSA 9 to discuss its most recent release of stop and frisk data.