WUSA9 obtained a complete version of DC Police's "vehicle pursuit" policy, which is redacted to the public. 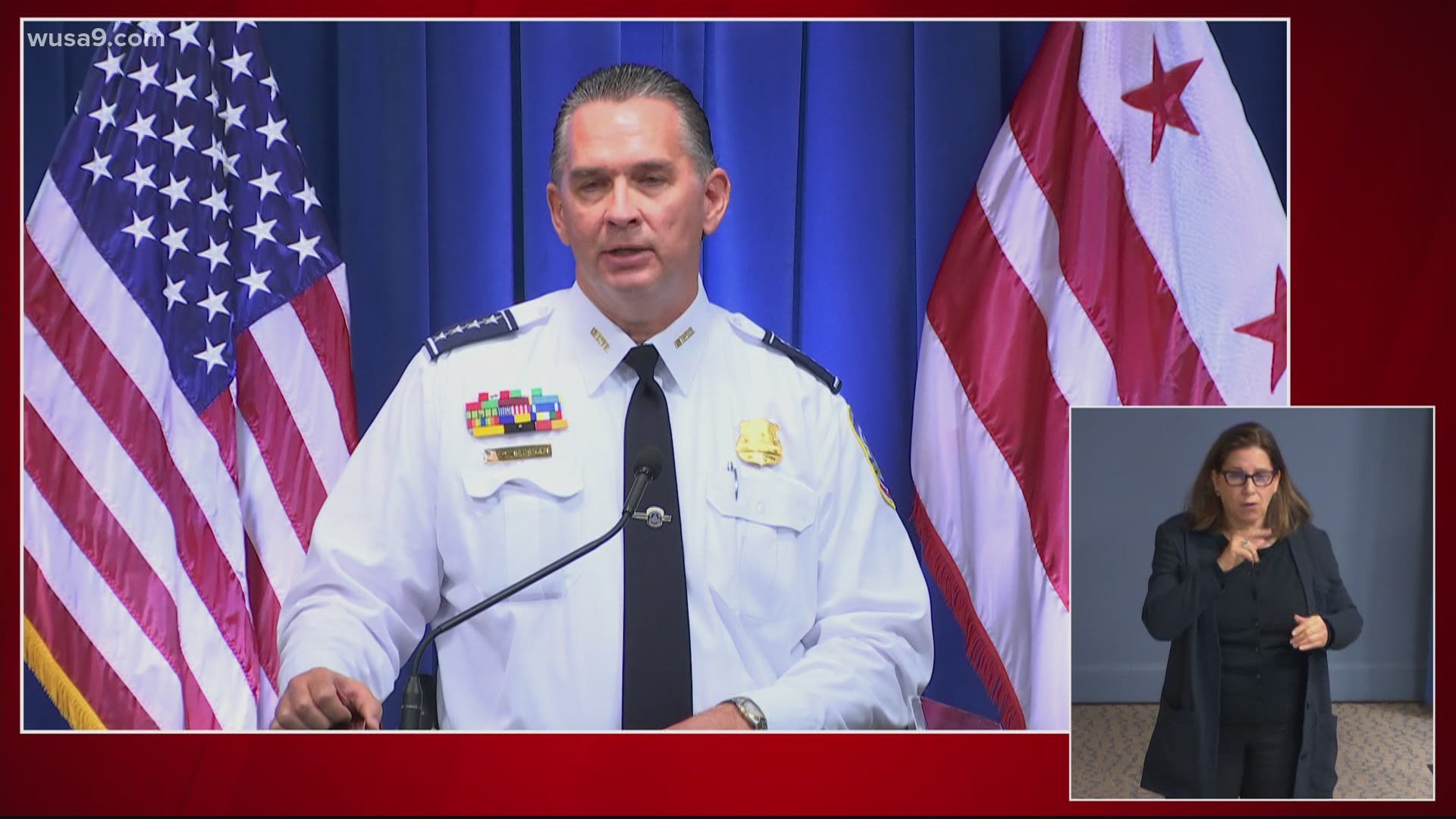 WASHINGTON — Internal MPD documents obtained by WUSA9 show the officers involved in Karon Hylton’s death may have violated department policy by chasing him in their patrol vehicle. The 20-year-old father died Monday after crashing a moped into another vehicle during a police chase.

Police Chief Peter Newsham said Thursday that DC Police officers were trying to pull Hylton over for not wearing a helmet as he rode his moped on a sidewalk.

Not wearing a helmet is a misdemeanor traffic crime.

“The one thing that I can do for that family is to ensure that a full, thorough and proper investigation is conducted and if there is wrongdoing that they will be held accountable,” Newsham said in a press conference with D.C. Mayor Muriel Bowser.

MPD’s rules and regulations for “vehicular pursuits” prohibit officers from chasing a suspect in a patrol car for anything less than a felony.

“If you make a determination that this person who is fleeing, and you don’t have something serious in nature, you need to discontinue," Newsham said. "If you go past that point it becomes an unauthorized pursuit."

This pursuit policy is posted on the department’s website and has been in place since 2003. Sources tell WUSA9 it has been revised over the years to further restrict when a chase is allowed to happen.

Although large sections of the vehicular pursuit policy are redacted from the public online, WUSA9's Eric Flack was able to obtain an unredacted version.

Here’s how it reads:

“Any member engaging in a vehicular pursuit must follow the conditions that are set forth” under the 'Fleeing Felon' section of MPD’s Use of Force Policy."

Translation? DC Police officers are allowed to chase someone in a patrol car “only when every other reasonable means of affecting the arrest or preventing the escape have been exhausted and the suspect fleeing poses an immediate threat of death and serious bodily harm” to police or others.

That same section of the “vehicle pursuit” policy MPD has blacked out says the only other reason officers could start a vehicle chase is “probable cause to believe the crime committed or attempted was a felony which involved an actual or threatened attack which resulted, or could have resulted, in death or serious bodily harm.”

In other words, not only does it have to be a felony, but a felony that creates an imminent threat to life.

If not, MPD’s “vehicle pursuit” policy states officers are supposed to get a description and call it in for other officers to be on the lookout. They also have the right to get out of their vehicle and pursue a suspect on foot, or mountain bike.