A picture of the gun that police said the man pulled was also shown as a still picture in the three-minute video released by DC Police Sunday evening. 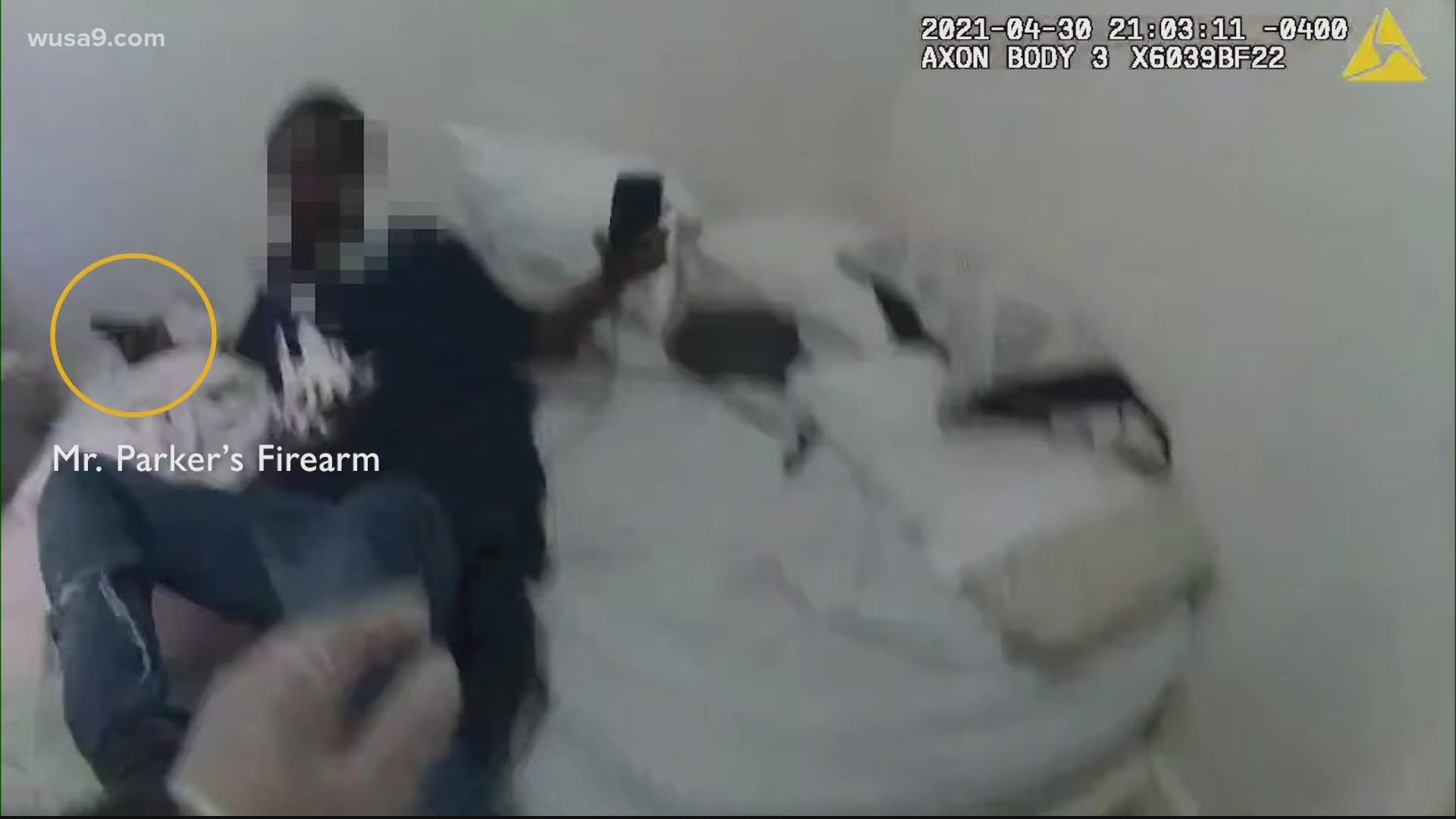 WASHINGTON — Body camera footage was released by the Metropolitan Police Department (DC Police) Sunday night that shows an officer fatally shoot an armed man multiple times after the man pointed a gun at officers. The man has been identified as 36-year-old Terrance Maurice Parker of Southeast DC.

DC Police said the officers were responding to a domestic disturbance call at a Southwest apartment in the 1100 block of 4th Street Friday evening when the shooting occurred just after 9 p.m. According to Ashan M. Benedict, D.C.'s executive assistant chief of police, a woman called police reporting a domestic disturbance.

GRAPHIC WARNING: This video may be disturbing to watch.

The video shows two DC Police officers enter the apartment building after a woman opens the front door, asking them to "get this b**** out my house." The footage shows the woman leading officers into a bedroom, where Parker is sitting on the bed.

The video shows Parker being asked multiple times to get up by police officers and come into the hallway. An officer then says "what do you got there?" as Parker pulls pull something from behind his back, near the waist area of his pants. The video shows Parker holding a gun in one hand and a cellphone in the other. When Parker points the gun in the direction of one officer, the other officer shoots his gun several times, hitting Parker.

DC Police said the officers provided aid until DC Fire and Emergency Medical Services arrived and brought Parker to the hospital, where he later died. Neither the officers nor the woman in the apartment were injured during the shooting.

The video released by MPD on Sunday does not show them provide help to Parker, cutting off shortly after officers shot him and moved the gun from near his body. The video does show that officers called in the shooting to dispatch.

A picture of the gun that police said Parker pulled was also shown as a still picture in the three-minute video released by D.C. Police. The video is also being reviewed by the US District Attorney's Office for D.C., according to DC Police.

The name of the officer that shot Parker has also not been released. The MPD members involved have been placed on administrative leave, pursuant to MPD policy.