Tony Mobley has captured images from protests around D.C. 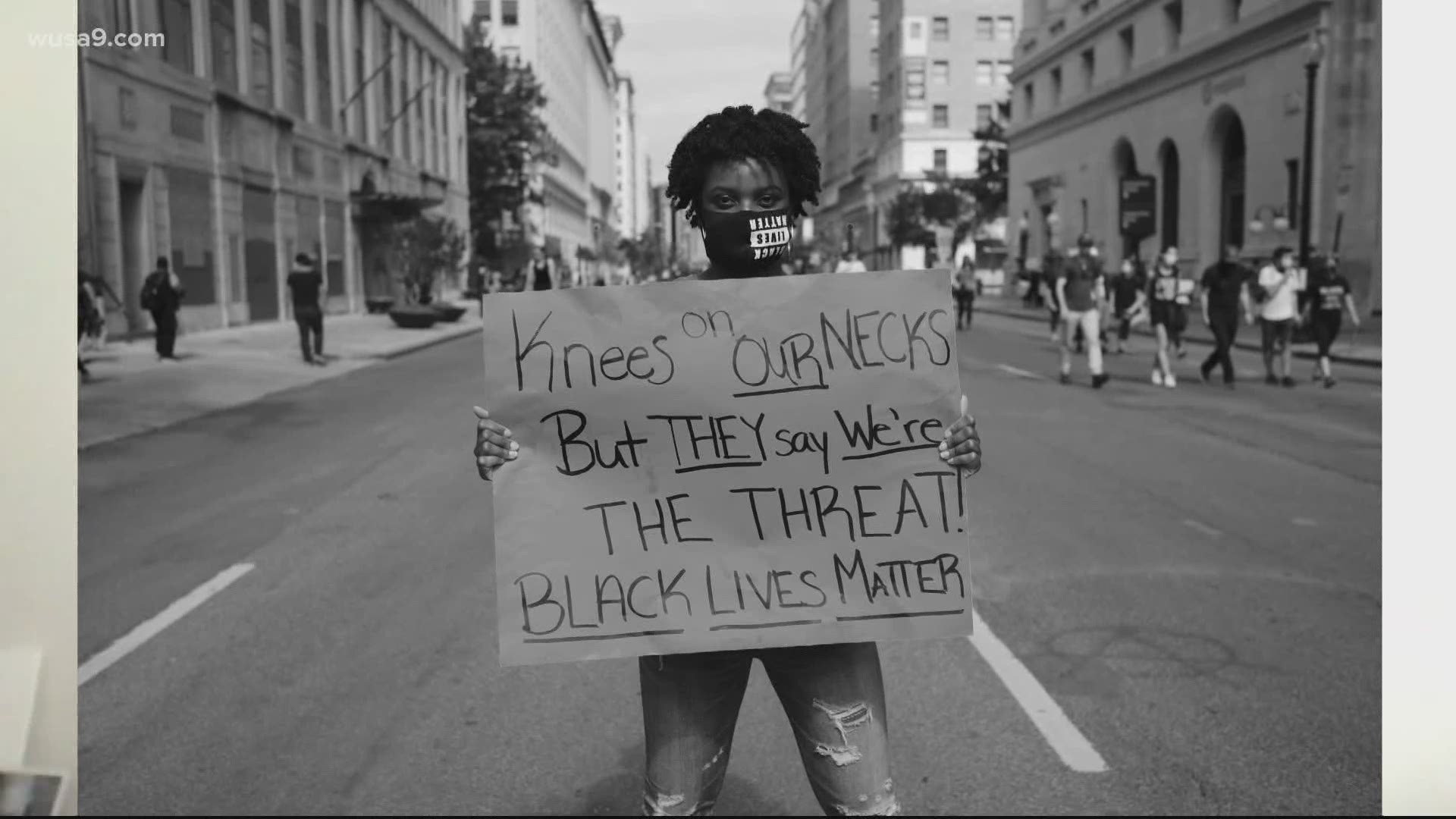 WASHINGTON — BET got its start in Washington, D.C. On Sunday, the network celebrated 40 years of producing content.

The award show included one D.C. native whose photography is featured in a PSA highlighting the current state of protest in our nation.

"The body language of people tell me that, you know, we're hurting. I feel that hurt and I empathize," said Tony Mobley.

Mobley said the images he captured are just some of the emotions of the last 31 days of protest in the nation's capital.

"People just want to be treated fairly at the end of the day. We're just really tired, but yet we're still so strong, and I could say resilient," Mobley added.

Nearly every day, he’s gone out with his camera to capture images of the protest.

"It's important for us to not only control our own narrative as African American photographers, but I was kind of born out of the civil rights era. My dad was heavy into civil rights, so I grew up understanding and having some sort of knowledge about what they went through," Mobley said.

Mobley said he believes his work is showing how history is somewhat repeating itself. His work lives on social media, reaching the masses.

The pictures are featured in a PSA for the next 30 days, airing on BET as part of a "Content for Change" public service announcement.

"It's incumbent upon me as a Black photographer to go out and cover these events," Mobley said.

Mobley wants his work to tell a story with every set of eyes being a different author.

"I hope that my work will invoke change. There are so many depictions of us in a negative light, in a negative connotation. So, I think, it's important for everyone around the world to see that you know we're just like everyone else," Mobley said.