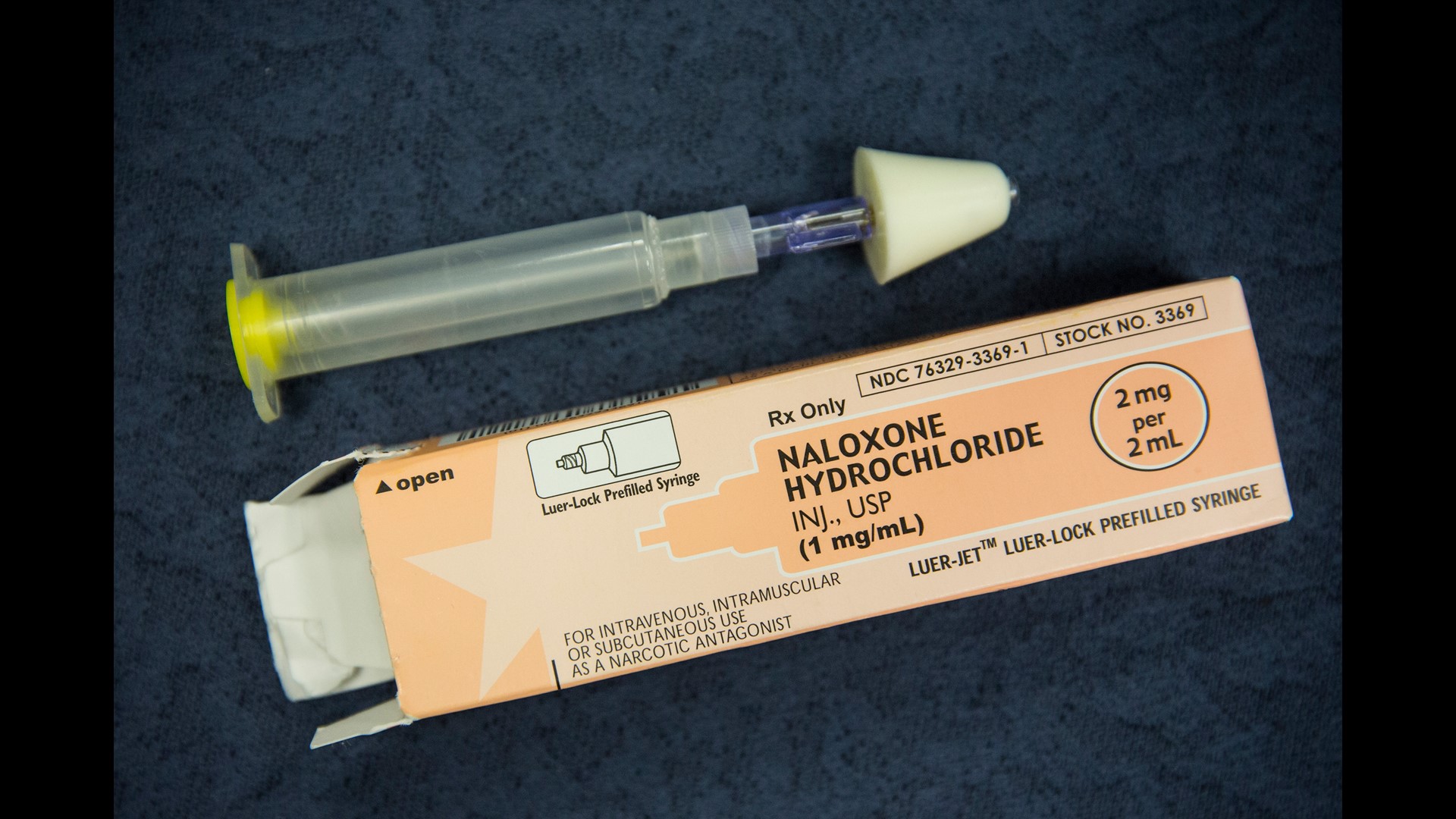 WASHINGTON — Pharmacies in D.C. will begin offering naloxone, the overdose-reversing drug, for free starting Aug. 31, according to D.C. Health officials.

According to health officials, nalaxone is a FDA-approved medication that temporarily reverses the effects of opioids such as heroin, fentanyl methadone and morphine.

Pharmacies will offer Narcan® Nasal Spray, the FDA-approved nasal form of naloxone that can be used in the instance of an opioid overdose.

In a statement released Friday, DC Health stated the free drug offering is part of a pilot program available at select pharmacies throughout the city.

"This pilot allows us to test and identify new channels of Narcan® distribution as part of our commitment to combat the opioid epidemic," LaQuandra  Nesbitt, Director, DC Health, said. "Making Narcan® Nasal Spray more widely available to residents through our partnership with local pharmacies is also a big step forward in Mayor Bowser’s plan to reduce opioid use and misuse and to reduce opioid-related deaths by 50 percent by 2020."

The program is starting Aug. 31, which is also International Overdose Awareness Day. As of May 31, there have been 72 opioid-related fatalities in the district.

"We want to raise awareness that overdose deaths are preventable and reduce stigma about substance use disorders to help combat opioid overdoses," DC Health said.

Health officials suggest that anyone who uses opioids or has opioids in their homes should have Narcan® Nasal Spray available at home too.

Officials said naloxone can easily be administered by anyone who witnesses an overdose. Narcan® Nasal Spray works within minutes and contains a pre-measured dose.

Here are the pharmacies that will have free naloxone available to the public:

RELATED: Opioid settlement would divide money based on local impact