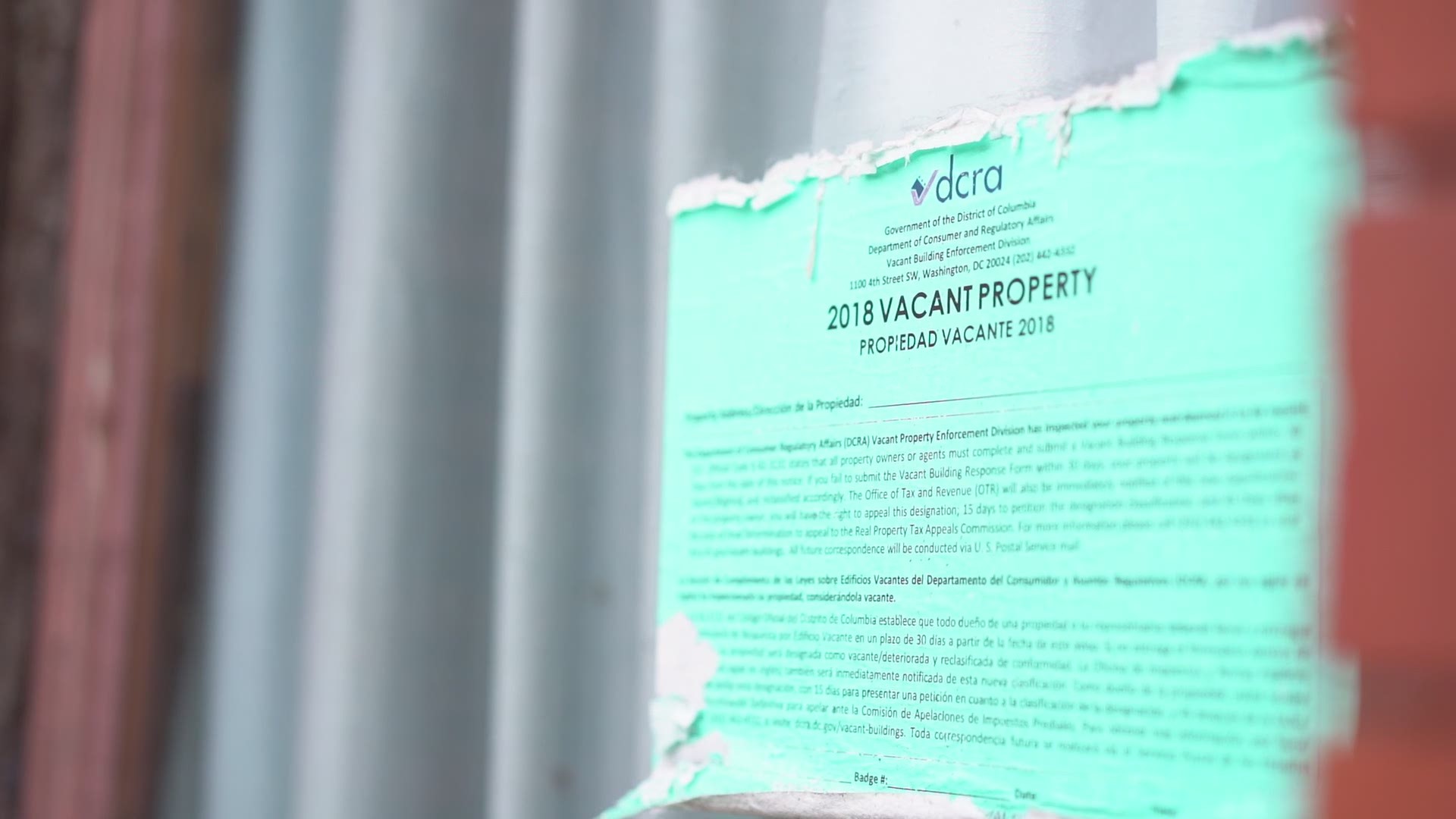 “I am untouchable – prove me wrong, “ the building appears to taunt District leaders on Twitter “Slap a historical sticker on me and call it a day!” says another tweet. “I’ll be called the last vacant house on the block.”

Now, of course, the building itself isn’t talking, the Twitter account is from an anonymous neighbor, posting as the building to call out years of delinquent D.C. property tax bills on the property and lampooning the building as an eyesore.

Ya’ll playing the wrong game. I am winning. I believe someone said I was sold last year. By next year, DC will be paying me! #donthatetheplayerhatethegame #tagsneverused pic.twitter.com/w4Dd8We7d2

However, Sharon Boeson isn’t an anonymous neighbor. She tells WUSA9 she’s had enough.

1000 C St Northeast is one of dozens of properties called out by a DC Auditor’s report in 2017. The auditor said the DC Department of Consumer and Regulatory Affairs, DCRA, hardly inspected properties. Empty buildings were allowed to deteriorate for years yet still not get the blighted designation

The dictionary definition of blighted is "an ugly, rundown, and neglected urban area." The neighbors consider 1000 C St NE "blighted," but the District simply considers it "vacant."

Under D.C. code, that means big savings for some property owners. If the building had been inspected and deemed blighted, its property taxes would double from what a vacant building is charged.

1000 C St NE has been empty at least these past 20 years according to neighbors. The building owner is listed as an LLC on its second year of getting tax delinquency notices. It owes the District more than $100,000 in taxes, interest and penalties according to D.C. tax records. We tracked down the Southeast D.C. address for the LLC’s owner.

George Papageorge called us back and said he considers D.C.’s treatment of him as “unconstitutional extortion.” Papageorge wrote in a later email that D.C.'s property classification system "is very often imposed with no due process and that property owners' appeal rights are usually stymied (purposefully) and trampled upon by the District of Columbia government." He declined to say what he would do with the property in the future and did not answer our further questions.

"We have a housing crisis and we need to have our homes and buildings be put into use that can help serve our city. To just sit on something for decades vacant at the end of the day, is actually quite selfish," said Allen.

If you have a vacant or blighted building in your neighborhood you feel officials haven’t done enough to fix, we want to hear from you. Take a picture of it, use our WUSA9 Mobile app and send us the picture on our new “Near Me” feature.