How some DC neighborhoods got their names | DMV You Don't Know

Ever wonder why Kalorama is called Kalorama? Here's a little D.C. history. 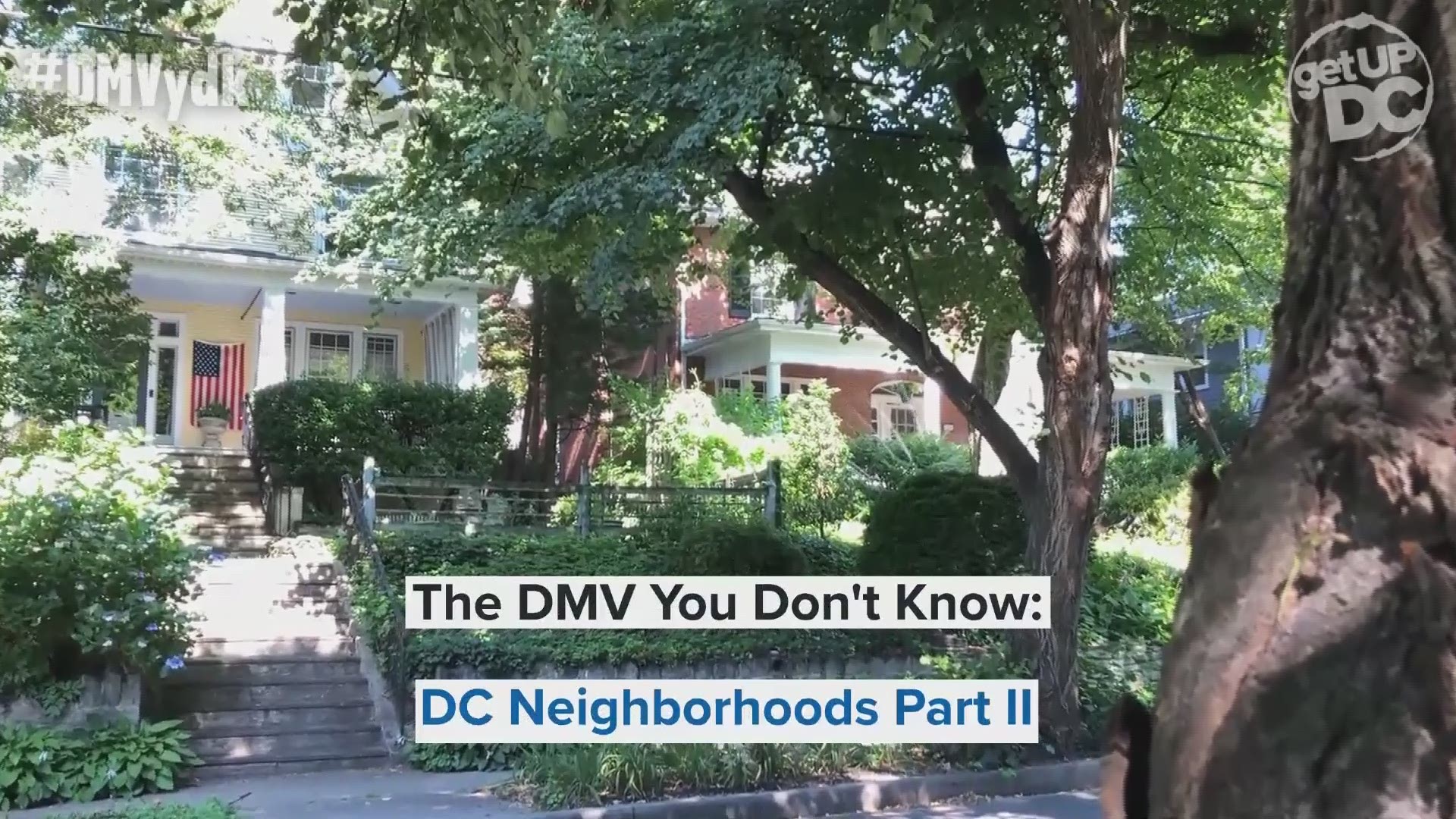 WASHINGTON — Have you ever wondered how some of the District's neighborhoods got their names? We've already told you about the history of some of D.C.'s most unique neighborhood names. Here's part two of our breakdown.

Once touted as the “best suburb of the National Capital” by the Washington Post, Chevy Chase was grown out of multiple subdivisions in connection to the Chevy Chase land company in the early 20th century. Electric street cars passed along the Connecticut Avenue route, giving the area a perfect mix of commercial and residential life.

This culturally diverse neighborhood almost has it all, from residences, businesses, restaurants and nightlife.  It evolved from an upper-middle class neighborhood from the 18th and 19th centuries although still segregated even after World War II. Originally known as Washington Heights or Lanier Heights, the name Adams Morgan comes from two segregated schools in the area, the older, all-black Thomas P. Morgan Elementary School and the all-white John Quincy Adams Elementary School. In 1958 the Adams Morgan Community Council was formed to progressively implement desegregated schools and serve their local neighborhood.

Bordering Connecticut and Florida Avenues, Kalorama was once the northern boundary of Washington D.C., originally named “Widows Mite”, once part of a large property in the area. In 1807, Joel Barlow, poet and diplomat, bought that property and renamed it Kalorama, which is Greek for “fine view”. The neighborhood is known for its large mansions and embassies. Kalorama has been home to six former U.S. Presidents, including recently Barack Obama.

Even though it’s close to downtown, much of the area around Dupont Circle was largely undeveloped until after the Civil War. Construction of the circle began in 1871, originally going to be called Pacific Circle. Congress renamed it Dupont Circle in 1882, in memorial of rear admiral Samuel Francis Du Pont. In recognition of his service in the Civil War, a bronze statue was erected in the middle of the circle. In 1921, the Du Pont family paid for the double tiered, white marble fountain that has occupied the spot ever since.

From its inception, the Logan Circle neighborhood has gone through multiple transformations over its history. As a refugee camp for newly freed slaves from Maryland and Virginia, D.C.’s wealthy and powerful as they built blocks of Victorian homes or during the 1980s, overt drug use and prostitution blanketed the neighborhood. Logan Circle, once known as Iowa Circle prior to 1930, has slowly been revitalized over the past two decades, however, changing the neighborhood demographics drastically.

RELATED: Here's how some of DC's neighborhoods got their names | DMV You Don't Know