DC Mormon Temple to open for the first time since 1974

The temple will host a public open house for two months, except Sundays, starting April 28, 2022. 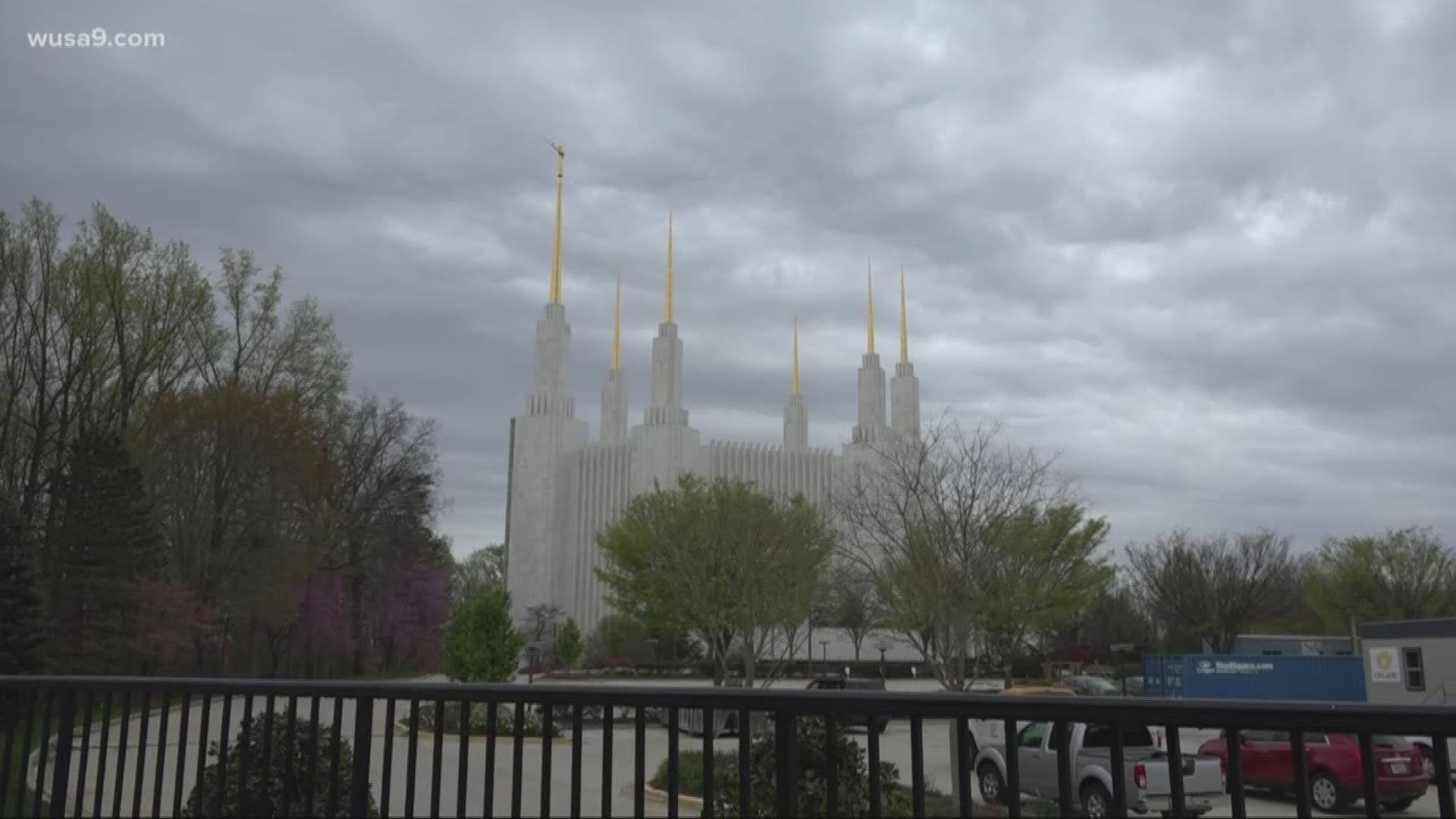 WASHINGTON D.C., DC — For the first time in decades, D.C.'s Temple of The Church of Jesus Christ of Latter-day Saints will open to the public on April 18, 2022.

According to a news release from the Church of Latter-day Saints, invited guests will be available to take private tours of the renovated temple between April 19 and April 27.

The temple will then host a public open house for two months, except Sundays, starting April 28 and running through June 4.

Ticket information for the public open house will be made available at the DC Temple website, here.

"This is a great occasion for us to open the doors of the temple for our friends, members of the Washington, D.C., community, people and partners of all faiths and backgrounds to come and join us and to experience the beauty and peace that is the temple of the Lord,” said Aaron Sherinian, director of media for the temple open house committee.

The Church of Latter-day Saints said the Temple first opened in 1974 and was closed in March 2018 to undergo a significant renovation.

According to Dan Holt, the project manager for the D.C. Temple renovation project, the renovations added "21st-century flair" to the temple's midcentury motif, in an effort to make the temple  “more maintainable, more modern and really relevant for today.”

WATCH NEXT: Most Smithsonian museums will no longer require timed-entry passes

Many pandemic restrictions are being lifted beginning July 20.