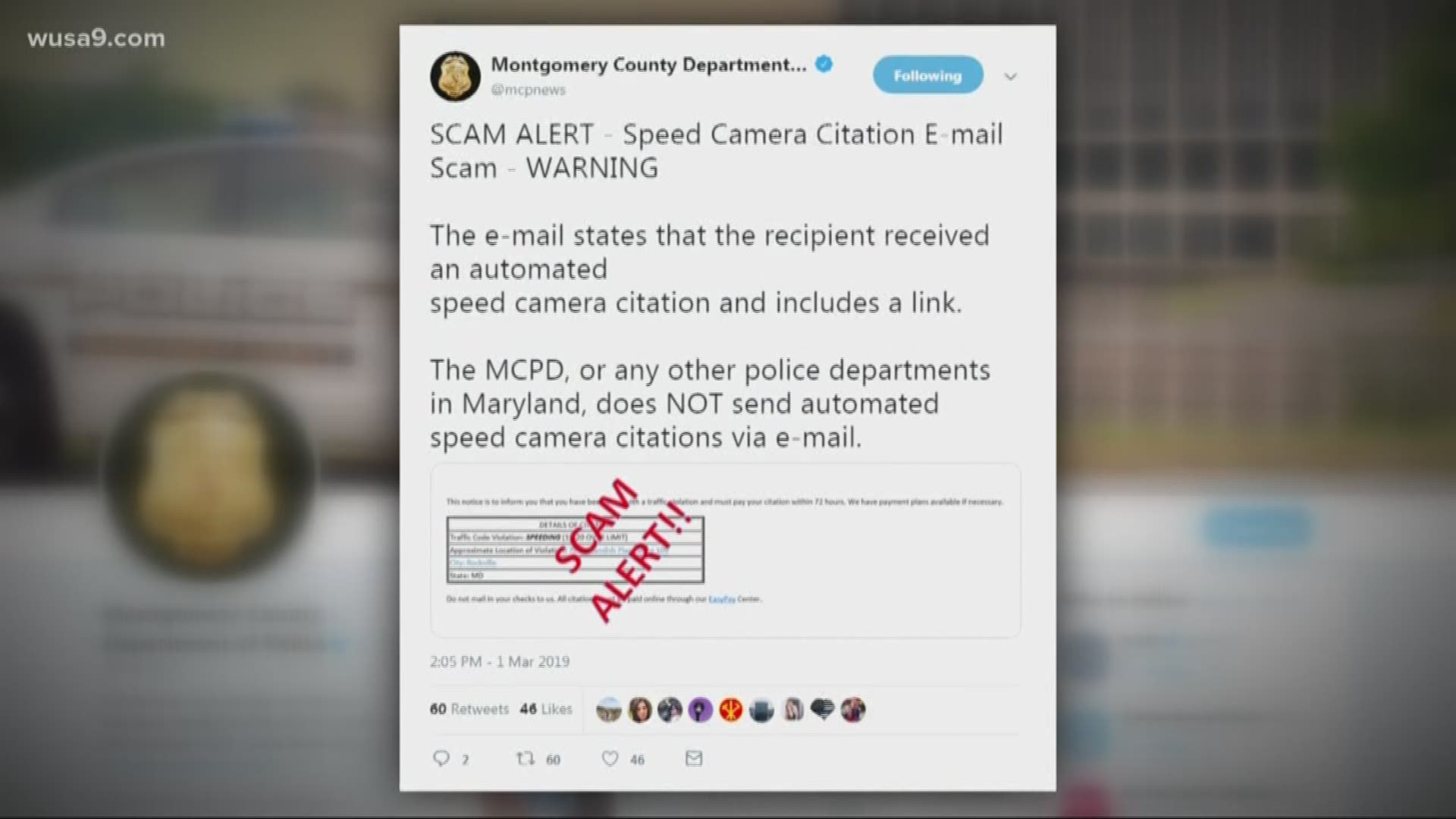 WASHINGTON — D.C. issued $1 billion in traffic and parking tickets from 2017 to 2019, setting a new record for fines levied in each of the past three years, AAA researchers said.

Nearly three million motorists received traffic tickets and/or parking citations in the District during Fiscal Year 2019, shattering three records in the process. According to AAA officials, these all-time records include the volume of citations issued, the value of ticket revenue, and the amount of defaulted tickets.

With the higher traffic ticket fines for drivers and lower speed limits in the city, officials said those factors may be the cause of the increase in traffic tickets.

Additionally, 1.3 billion motorists were ticketed for traffic violations captured by the array of traffic cameras in the District -- speed cameras, red-light cameras, stop sign cameras, and oversized vehicle cameras. That compares to 1.2 billion in traffic camera citations during the Fiscal Year 2018.

Officials also said the total of unpaid tickets also soared to record highs in the Fiscal Year 2019, as more than 970,000 ticketed drivers skipped out on paying nearly $200 million in parking and traffic ticket fines; that means almost half of ticketed motorists didn’t pay.

"The District witnessed ‘more than 25,000 crashes that resulted in more than 10,000 injuries’ in 2018 alone. One crash, like one injury, is one too many,” John B. Townsend II, AAA Mid-Atlantic’s Manager of Public and Government Affairs said. "Yet a modicum of research suggests that 'as unpopular as traffic tickets are among drivers, motorist behavior does respond to tickets.'"

AAA said that it's a trend that's likely to continue. The increased fines are part of D.C.'s Vision Zero effort to promote pedestrian safety and reduce injuries on the roads.

Cities across the US, like New York City, who have implemented similar Vision Zero programs have seen fatalities go down, while the district's numbers have gone up.

RELATED: VERIFY: Can you get a speeding ticket from the cameras on toll lanes?