Investigators are still working to determine the cause of the fire 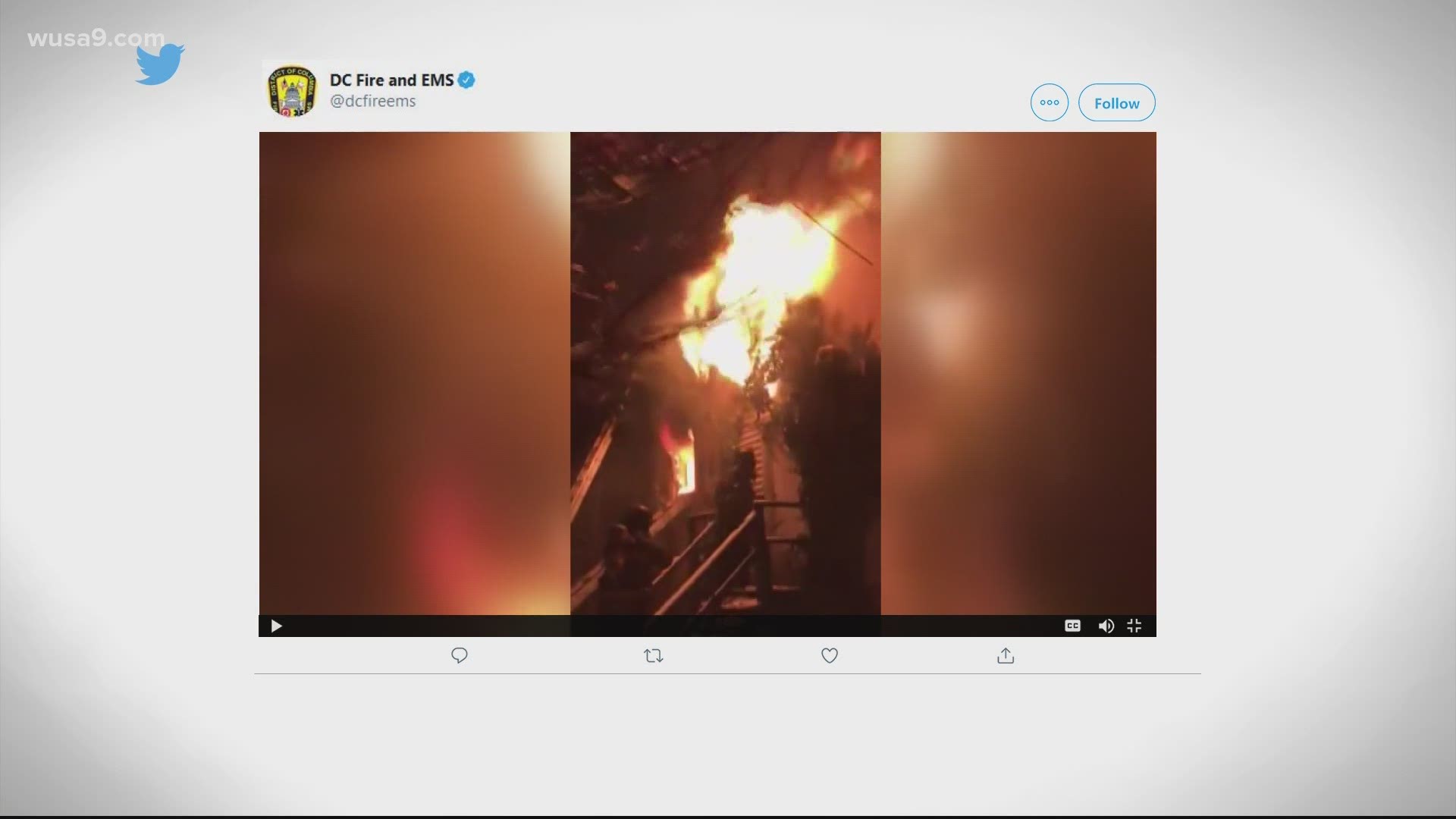 Firefighters were called to a home in the LeBaum Street SE just before 11 p.m. Crews encountered an intense fire and the home engulfed in flames. It took 12 units and 50 firefighters about 30 minutes to bring the blaze under control, according to a tweet from DC Fire and EMS Monday morning.

After getting the fire under control, the fire department conducted a search of the home and found one victim inside. That person has not been identified as of Monday morning.

Investigators are still working to determine how the fire started.

This video shows the intensity of fire encountered by #DCsBravest upon arrival at the house fire in the 400 block of LeBaum St SE. Investigators on scene working to determine cause. pic.twitter.com/Nrl9BKW5Q5

This is a developing story. Stay with WUSA9 for the latest updates as they come into our newsroom.