Three men are dead after three shootings happened in the Northeast D.C. area in less than 10 hours. This brings the homicide total to 119 this year, which is now higher than the total of 2017. 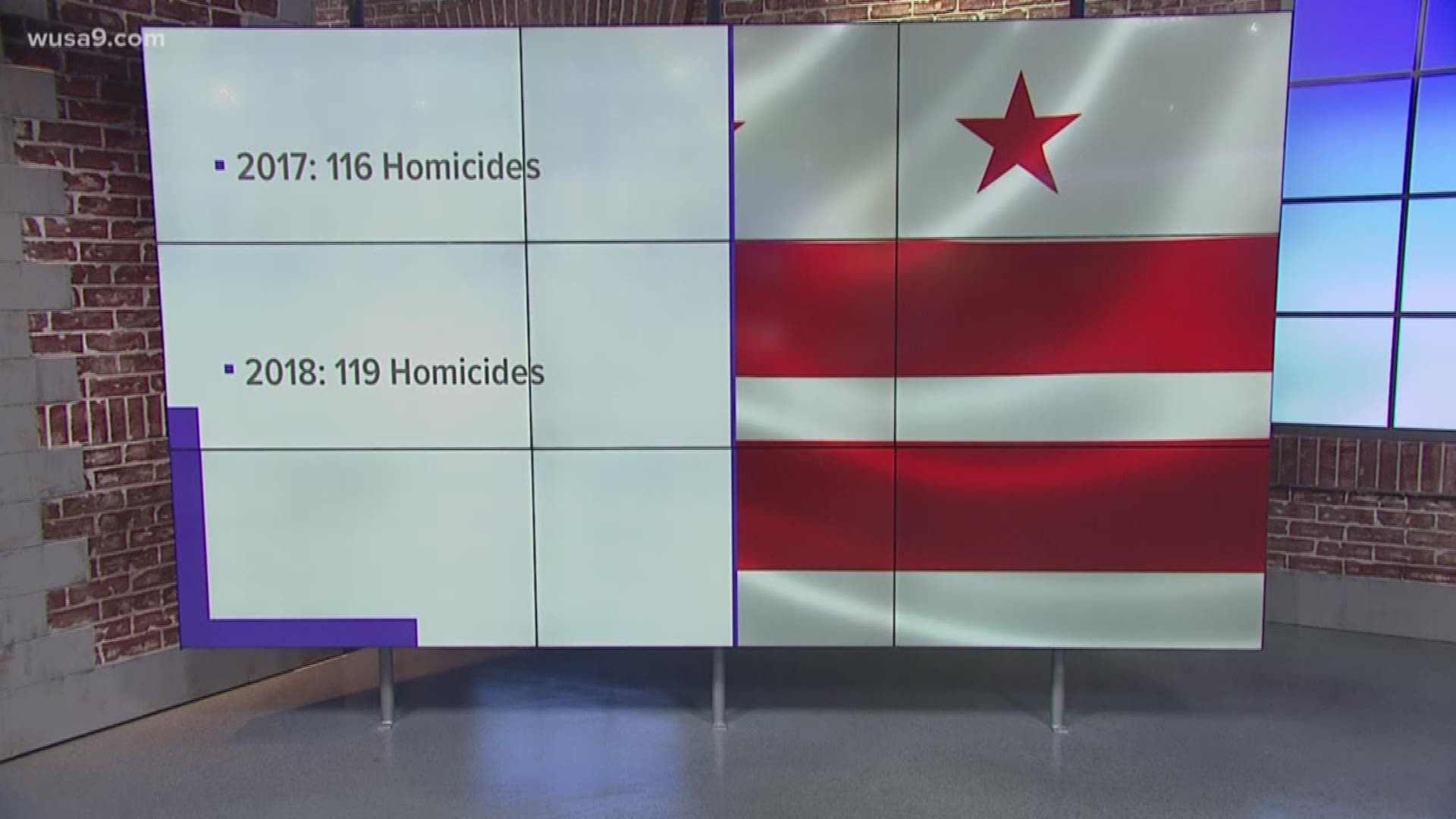 Three men are dead after three shootings happened in the Northeast D.C. area in less than 10 hours. This brings the homicide total to 119 this year, which is now higher than the total of 2017.

One shooting happened around 8 p.m. in the 1800 block of Benning Road in Northeast D.C., Metropolitan police said. The victim was taken to the hospital conscious and breathing. Police said he was later pronounced dead. There is currently no lookout information in connection with this shooting.

Another shooting happened around 9:47 p.m. at the intersection of 14th and Downing Place in Northeast D.C. Police said a man was also pronounced dead in this shooting. There is no information on a suspect or potential motive.

Police are investigating the scene of a shooting right now on Eastern Ave,where it is taped off from New Hampshire Ave to Rittenhouse St Se. Find out more info on @wusa9 this morning #WUSA9 #GetUpDC #BREAKING #BreakingNews pic.twitter.com/mkoWhW4pfn

The most recent shooting happened around 2 a.m. in the 6200 block of Eastern Ave Northeast in the area of a Shell gas station. Currently Eastern Ave is shut down between New Hampshire Ave and Rittenhouse St. in Northeast. Police said there is a lookout for a black man with a light complexion. He is between 5'10" and 6' tall. He was last seen wearing a white shirt, black jeans, and tan bucket hat and black and white shoes. Police confirmed later Tuesday morning that the victim in this shooting also died from his injuries.