Despite a declining homeless rate in D.C., community advocates homeless encampments are getting larger. 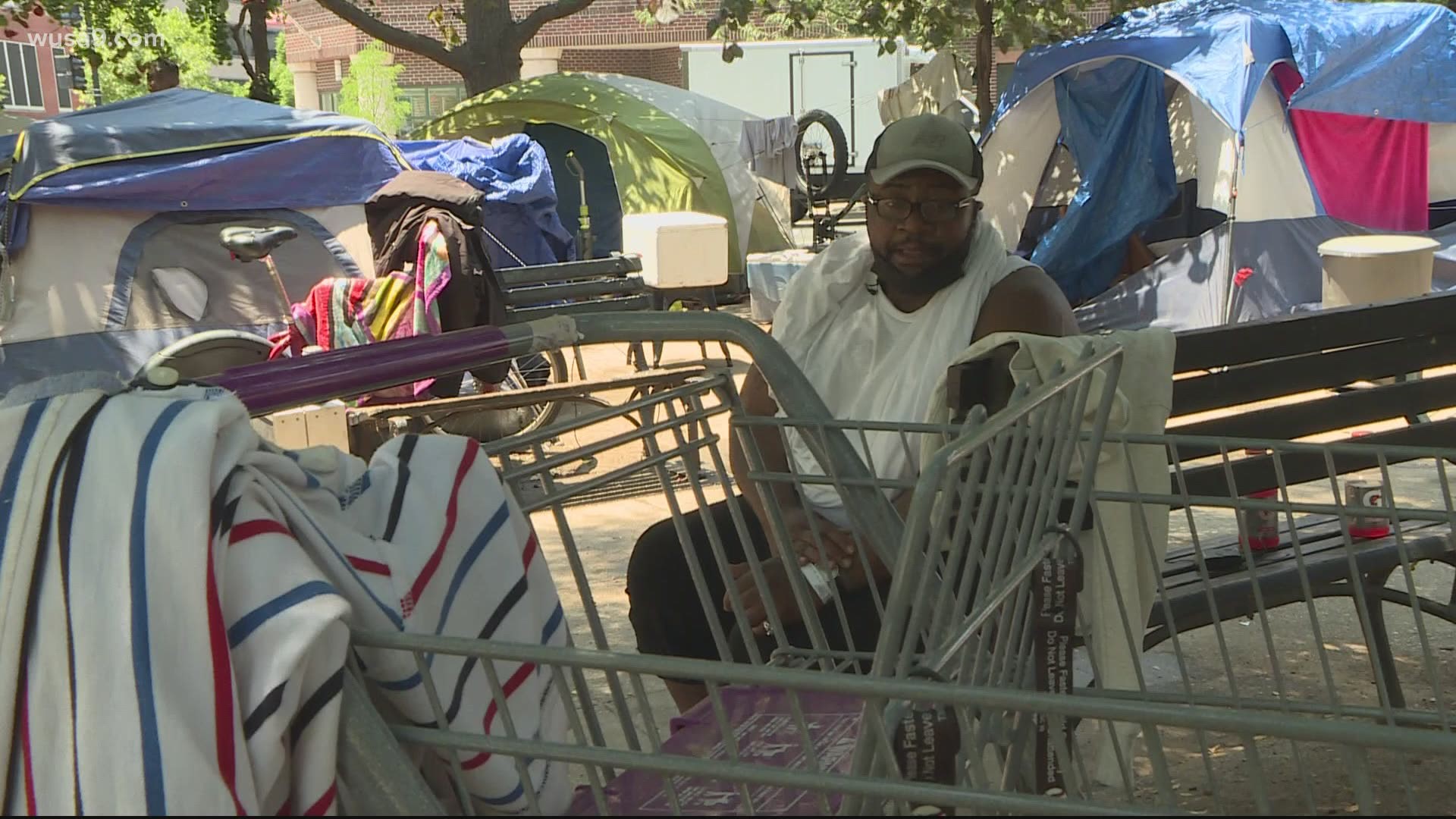 WASHINGTON — Even though the homeless rate in the D.C. area continues to decline, community advocates say homeless encampments are growing.

A new report by the Metropolitan Washington Council of Governments found there are 8,309 homeless individuals in the region. The number is the lowest since the District began counting in 2001. It's also the third consecutive year that the homeless total has been below 10,000 according to the report.

However, the study coordinators said while eviction moratoriums and the emergency housing assistance helped reduce the number of people becoming unhoused, the lack of affordable and permanent housing continues to be a hurdle.

Advisory Neighborhood Commissioner Alexandra Bailey said homeless encampments are getting larger because unhoused residents unwanted in one place will try to go to another community.

The Deputy Mayor’s Office for Health and Human Services previously told WUSA9 that it conducts cleanups if health or safety risks are present which would include excessive trash, rodents and biohazards. Crews recently conducted a cleanup near 10th & P Street in Shaw where neighbors have raised concerns about public safety.

"Encampments are simply being transferred around the city rather than address the fundamental issue of homelessness," Bailey told WUSA9.

Bailey is working with many of the homeless individuals situated at Burke Park at 12th Street and Massachusetts Avenue in Northwest. She said they've been told by Park Police that they need to leave by this weekend.

Neighbors have been expressing their concerns about the homeless encampment over cleanliness and public safety. Bailey said the community at the park has grown because other homeless camps have either been cleaned up or closed due to construction.

"I understand everyone wants to live in a clean and safe neighborhood, so do these folks but that's something that's been denied them through their housing status," Bailey said. "What I don't want this to turn into is us versus them scenario."

"It's not fair to place labels on us because we're in a homeless situation," Hall said. "Give us a chance if you're that concerned and come out and take time out just to talk to us."

WUSA9 has reached out to Park Police but haven't received a response.

Bailey is pushing to have a bathroom, hand sanitation station and a trash can for the homeless individuals at Burke Park. She's working to get them in the housing voucher program despite the lengthy process.

RELATED: Homeless veteran who slept in his car, traveled the country to help others gets new home

RELATED: 'I can go back to being homeless' | DC homeowners ask leaders for help after developer allegedly sold dangerous homes