The building was undergoing renovations at the time of the Wednesday afternoon collapse, officials say. 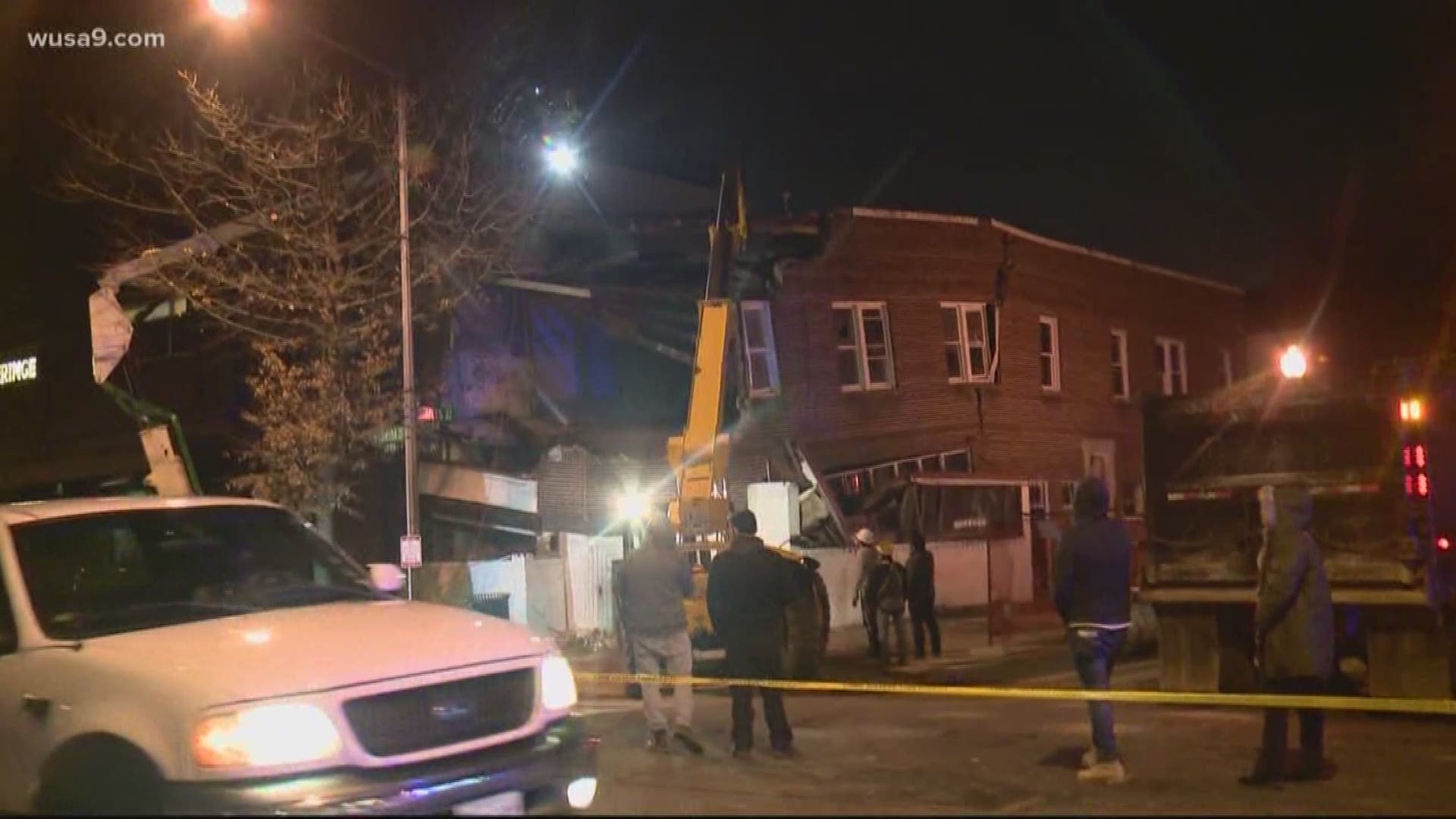 WASHINGTON — A woman was injured by debris after a building collapse in Northeast D.C.

In a security video obtained from Andy Feliciotti, two women are seen walking on Florida Avenue and crossing Staples Street Northeast just after 2 p.m. on Wednesday, when the building begins to crumble.

"If they didn’t run, the break would have got them," Komba Mboma said, who witnessed part of the building come down.

A security guard at an apartment complex down the street said the woman in the dark jacket was a resident there, and the woman walking to her left was her home health aide.

Coincidentally, Truck 13 from the Trinidad Station, which was a block away, was returning from a call when firefighters saw the building begin to crumble. They immediately assisted the injured woman and called for additional fire resources to the scene.

“We definitely get to see a lot of stuff, lot of unique things, but having a building collapse right in front of you when you’re driving down the street in your fire truck is a little bit unusual, out of the norm," D.C. Fire Lieutenant Jan Sipes said.

Fire officials said there was a safety gate around the building due to recent renovations it had been undergoing.

A permit posted on the gate said that the building was slated to become an 18-unit apartment complex.

Mboma was working on a car in the service center next door when he heard the collapse.

"All a sudden we hear something going, like a jet passing by," Mboma said. "And then, when you look outside, the building is split into two."

A woman, who was passing by, was taken to an area hospital after possibly being hit by debris, officials said. D.C. Fire search teams and K-9's arrived to the scene to ensure there were no additional victims trapped under the debris.

Fire officials said there is no damage or threat to any structures nearby.

"I thank the God almighty that I was not around that area," Mboma said. "It was scary."