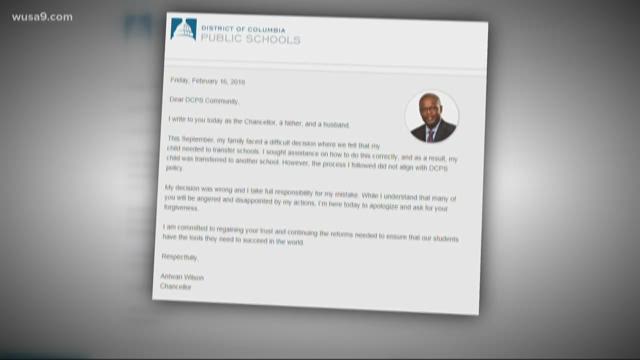 This follows the discovery of DC Public School’s Chancellor Antwan Wilson violating school policy, bypassing the lottery process to get his child transferred to another school.

Friday, Mayor Muriel Bowser called for the resignation and referred the matter to the Board of Ethics and Government Accountability and to the Inspector General to further examine if the code of conduct was violated.

“Earlier this week, the DC Inspector General alerted me to questions about the school placement of Chancellor Wilson’s children. In researching the matter, we found that the Deputy Mayor and the Chancellor did not comply with the Mayor’s Order related to school placements, specifically the transfer of his child from one school to another school, several weeks after the school year began. This morning, I accepted the Deputy Mayor’s resignation and I have set out a series of corrective actions for Chancellor Wilson, including issuing a public apology, removing his child from the out-of-boundary school, as well as referring the matter to the Board of Ethics & Government Accountability and to the Inspector General to further examine if the code of conduct was violated. We remain focused on providing all of the resources and support for our students, parents and staff.”

Chancellor Wilson who has been on the job for one year released an apology:

“In addition to being Chancellor of DC Public Schools, I’m a husband and parent. In September, my family faced a difficult decision related to my high school child needing to transfer schools. I sought help on how do this; however, the process I followed did not align with DCPS policy. As the Chancellor of the school district, what happens in the district is my responsibility. I understand this decision was wrong, I take full responsibility for this mistake, and I apologize to the DC and DCPS communities”

"We expect every official to follow those guidelines," said Bowser in an afternoon news conference. "We believe that's what they're there for and that's why we've taken the actions we've taken here today." 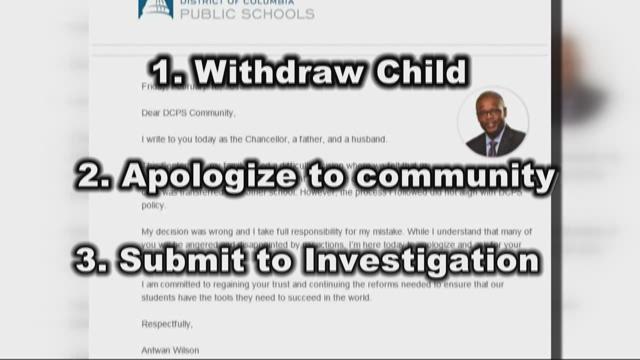