The group says they are rallying to bring Tony Lewis Sr. home and to "reunite D.C. families." 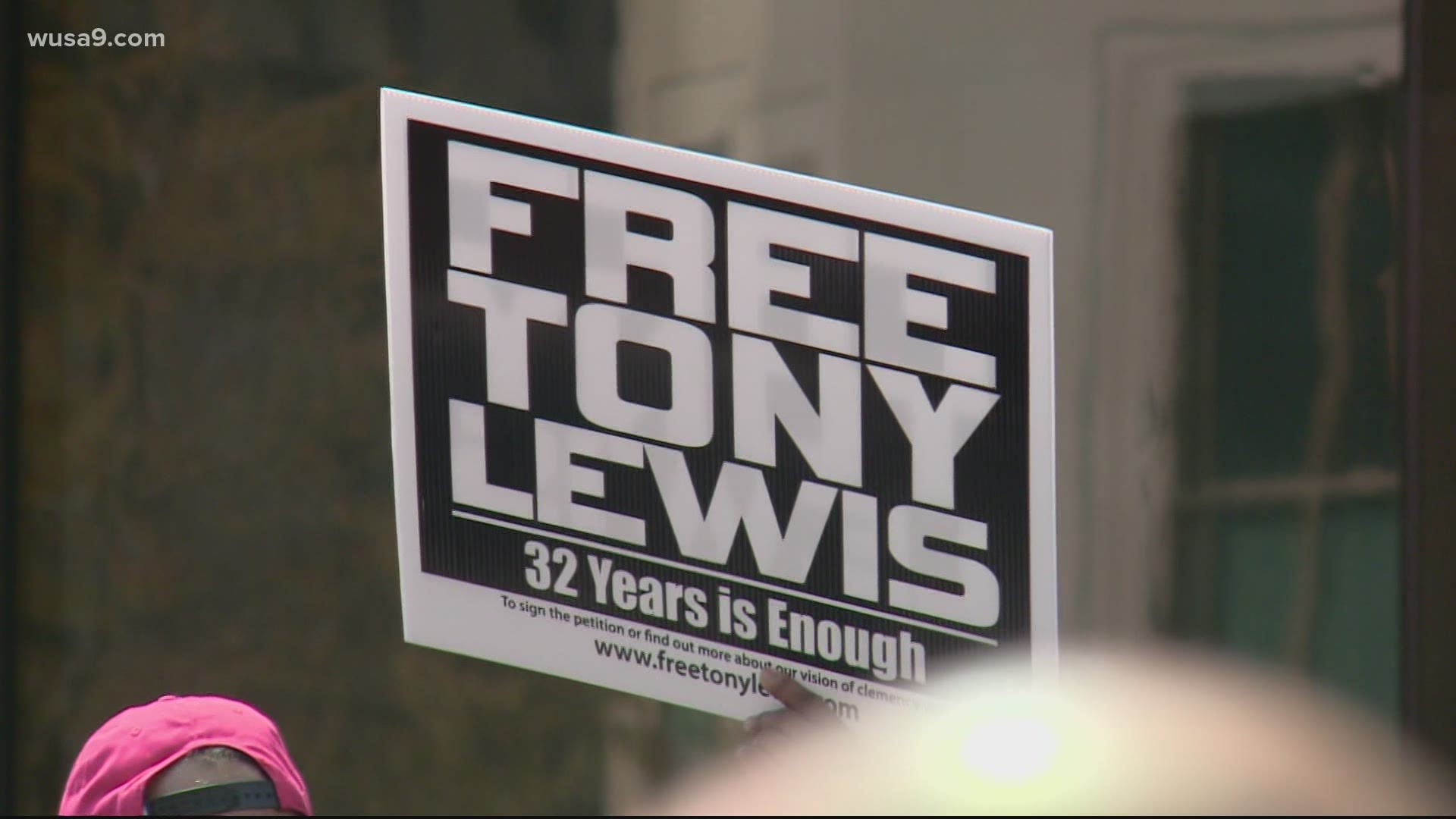 WASHINGTON — A group held a rally at Black Lives Matter Plaza Saturday afternoon to demand the release of Tony Lewis Sr. who served 30 years in prison for drug crimes and his involvement with notorious D.C. Drug Lord Rayful Edmond III.

Lewis was Edmond's lieutenant in the 1980s and helped him run a major drug operation in D.C.

Now, his son Tony Lewis Jr., a well-known advocate for the returning citizens' community, led a group of activists, family and friends to call for justice in his father's case. The group said they are rallying to bring Tony Lewis Sr. home and to "reunite D.C. families."

Tony Lewis Sr. was expected to call into the rally from prison, according to the organizers.

This comes after the latest developments in Edmond's case. He was able to cut a deal with law enforcement for an early release after his cooperation with the Feds.

Edmond was slated to die in prison, but a judge has changed his sentence from life without parole to 20 years.

Officials said Edmond's assistance as an informant to bring justice to murder cases and putting dozens of other drug dealers in jail made him valuable and helped lower his sentence.

Edmond's information and testimony over the years put away a killer responsible for 30 murders and helped unspool the Cali and Medellin cartel operations in the U.S.

Investigators revealed Edmond was a cellmate of Pablo Escobar’s future brother-in-law. Retired prosecutor Richard Watkins said that after Edmond was caught in 1994 directing Colombian cocaine into D.C. using prison phones, he decided to cooperate with investigators despite the threat of death.

Edmond was known as one of the biggest drug lords in D.C. back in the 1980s. He ran a huge crack cocaine ring and was making about $2 million a week.

He was convicted in 1989, which means he has already served his 20 years and then some.