Anyone who violates the curfew could be charged a $300 fine or up to 10 days in jail. 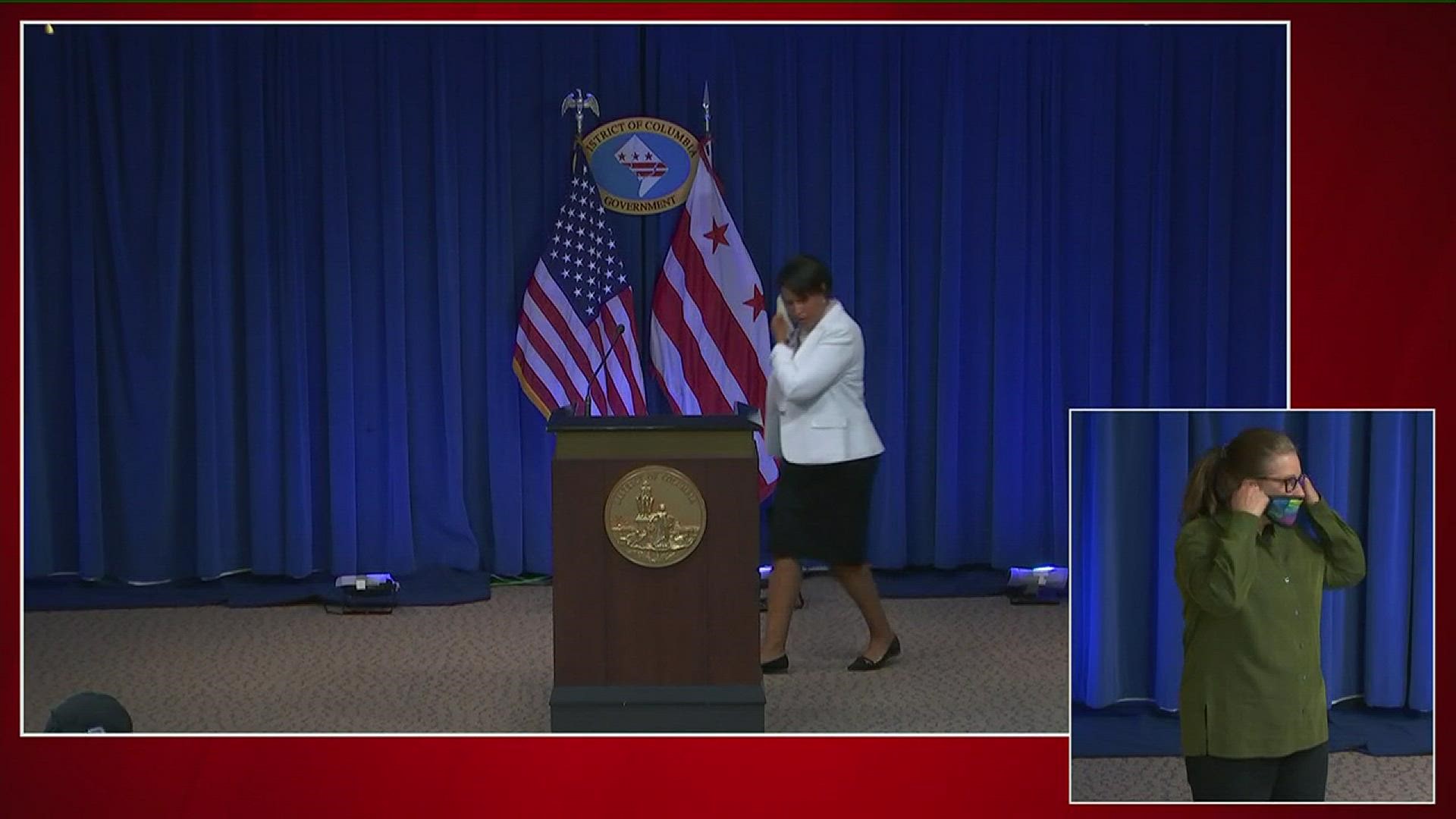 WASHINGTON — D.C. Mayor Muriel Bowser announced on Wednesday that the District would shift its curfew to 11 p.m. tonight after two nights of a 7 p.m. curfew amid protests in the wake of George Floyd’s death.

The curfew, similar to previous ones, will end at 6 a.m.

The District's curfew was implemented Sunday night after protests in the city escalated into confrontations with police, eventually turning into widespread vandalism and looting.

Otherwise, the city will bar anyone from traveling by any mode of transportation in all parts of the District. Health care workers, members of the press, and essential workers are exempt while they're on the job.

"If you are not a member of the media or do not have an essential function, you can anticipate that local police and federal police will take you into custody. That is a warning," Chief of Police Peter Newsham said during a previous news conference.

Anyone who violates the curfew could be charged a $300 fine or sentenced to up to 10 days in jail.

"As the nation's capital, we are frequent hosts to First Amendment demonstrations and we applaud the American spirit of protest," Mayor Bowser said Monday. "However, we will not allow the continued destruction of our hometown by people who are coming here to protest, or by D.C. residents."

The curfew went into effect at 11 p.m. Sunday and 7 p.m. Monday and Tuesday. Metro trains stopped running one hour early for the past two days. Metrobus service was suspended two hours early.

"The curfew has been effective," Newsham said.

Chief Newsham during Wednesday's news conference also broke down the numbers regarding arrests from D.C. Police during the protests in the District over the last several days, with Saturday having 19 arrests, Sunday 92 arrests, Monday 288 arrests, and Tuesday 19 arrests.