D.C. Council Chairman Phil Mendelson said that the fencing around the U.S. Capitol is preventing the District's lawmakers from delivering bills to the building. 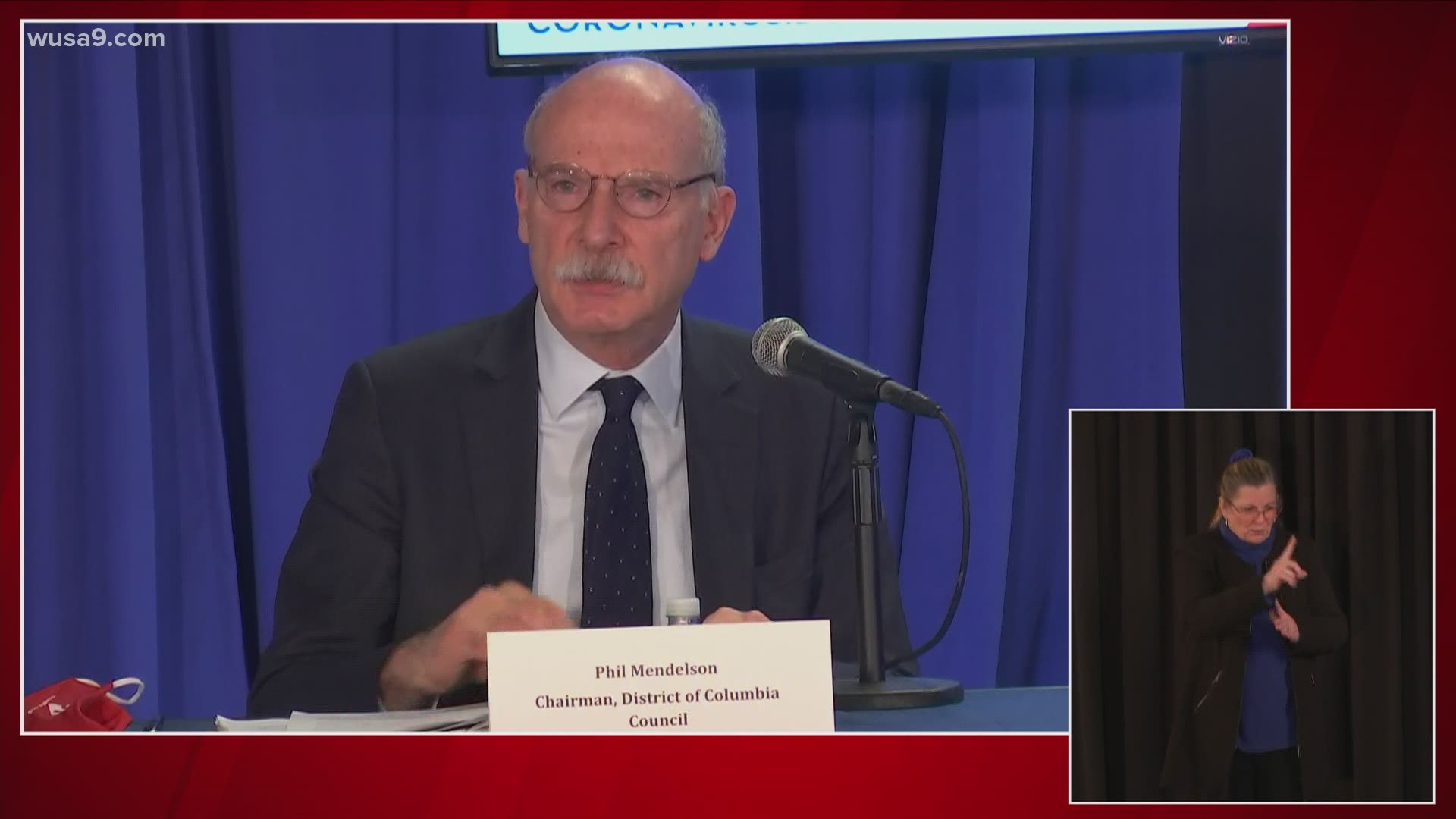 WASHINGTON — Fencing securing the perimeter of the Capitol Building, which was erected following the Jan. 6 riots, has prevented the D.C. government from delivering more than 50 pieces of legislation to Congress for review.

According to Council Chairman Phil Mendelson, the DC Council is required to hand-deliver paper copies of all legislation once signed by the mayor to Speaker of the House Nancy Pelosi and Vice President Kamala Harris, who serves as the president of the Senate.

"We have a requirement under the Home Rule Act to transmit all legislation to Congress for review, but we can't get through those fences," Mendelson said.

Congress has 30 days to review all legislation and choose whether they will override a bill, which requires approval by both houses of Congress and the President. According to the DC Council, only three bills have been overturned since 1975.

"We don’t want them overturning bills, but the required layover is more galling since never used," the Council tweeted Monday afternoon.

🚨UPDATE >> TODAY, DC bills will cross through US Capitol fence, to undergo review / approval by Congress.

Earlier, we learned DC staff could NOT get through Capitol fence, to transmit legislation.

Mendleson said the secretary to the council of the District of Columbia has been trying for 10 days to figure out how to deliver legislation to ensure that the Council meets its requirement for the 30-day review period.

In an update from the DC Council's secretary, a contact in Harris' office was secured Monday afternoon, allowing D.C. legislation to be delivered to Congress.

The Council took to Twitter to advocate for DC statehood.

"This situation highlights the absurdity of the constraints imposed on 'Home Rule' in DC," the Council tweeted. "Every bill must be physically sent to the Hill for 30 Congressional days of passive review (at risk of being overturned) before becoming law. This physical & procedural barrier cannot stand."

UPDATE
You might have heard the Capitol fence acted as a physical barrier to required paper copies of Council-passed, Mayor-approved DC bills being transmitted to the Hill for required review. Fortunately, @VP’s office has fixed this#DCStatehood
Read more https://t.co/2tTUV7SXoj pic.twitter.com/bUYegaRkrl

U.S. Capitol Police Acting Chief Yogananda Pittman asked lawmakers last week to make the fencing permanent and to have more troops on standby to protect the building. Information on the height or type of fencing was not immediately released in Pittman's statement.

While Pittman is asking for the permanent fencing and security measures to be in place, nothing has been decided yet as it's ultimately a congressional decision.

D.C. Mayor Muriel Bowser spoke out against the permanent security measures Thursday in a series of tweets, saying the city would not accept fencing and troops as a long-term fixture.

"When the time is right, the fencing around the White House and U.S. Capitol, just like the plywood we’ve seen on our businesses for too long, will be taken down," Bowser tweeted. "We look forward to working with Congresswoman Norton on not only ensuring continued public access to the Capitol, but also preventing any proposed security installations from intruding into our local neighborhoods."