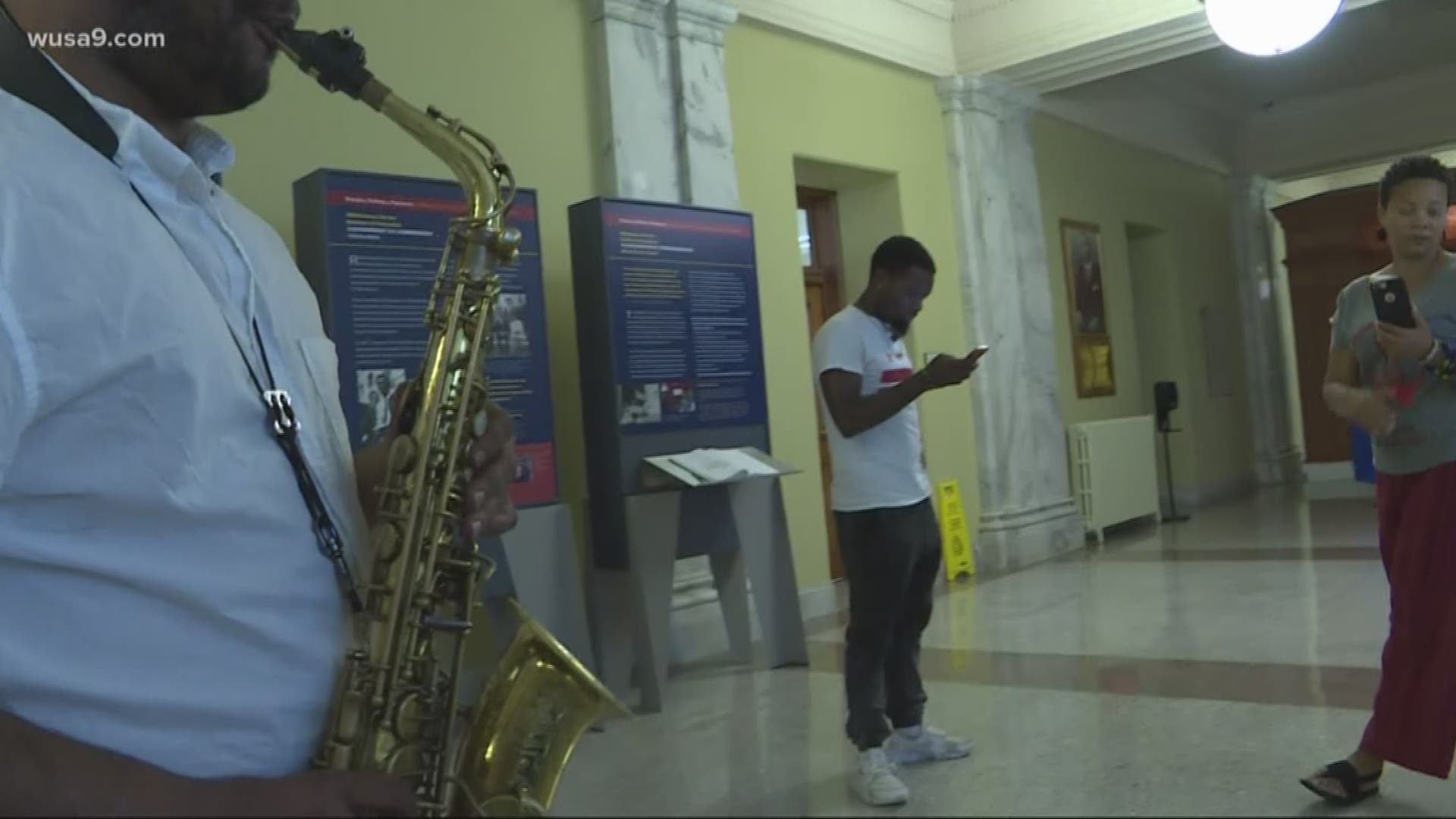 WASHINGTON -- A drumbeat of opposition on Monday shut down plans for a ban on amplified music in D.C.

The chair of the D.C. Council withdrew the Amplified Noise Emergency Act.

Street musicians and buskers said the emergency noise bill hit them like an unexpected trumpet blast. But they rallied the band, and at this point, the opposition is just too loud for skittish politicians.

There was Dixieland outside the council chamber and spoken word in the Mayor's hallway, as D.C.’s street musicians celebrated a win.

Hoping for more time to figure out a compromise, Council Chair Phil Mendelson withdrew the emergency bill, which would have banned amplified music you could hear more than 100 feet away.

Music makers would have faced up to a $300 fine after a warning.

Lots of residents have been complaining, some of them for years, that loud amplified music is rattling their apartments and making it impossible to think. And they said it’s been getting louder.

But musicians argued the council was cutting off the volume on a unique feature of city life and making it even more difficult for some of them to support themselves.

Councilmember Jack Evans said on Monday that there has to be some balance between people who want to blast music and people who want to live in peace. He thought there were nine votes for the noise ban. But with the bill withdrawn, there won’t be any vote at all.

But this is not the end. Councilmembers said they're still looking at new hearings in the fall and another bill that maybe more people can agree on.