Workers at the site had to use another piece of machinery to lift the machinery that fell. 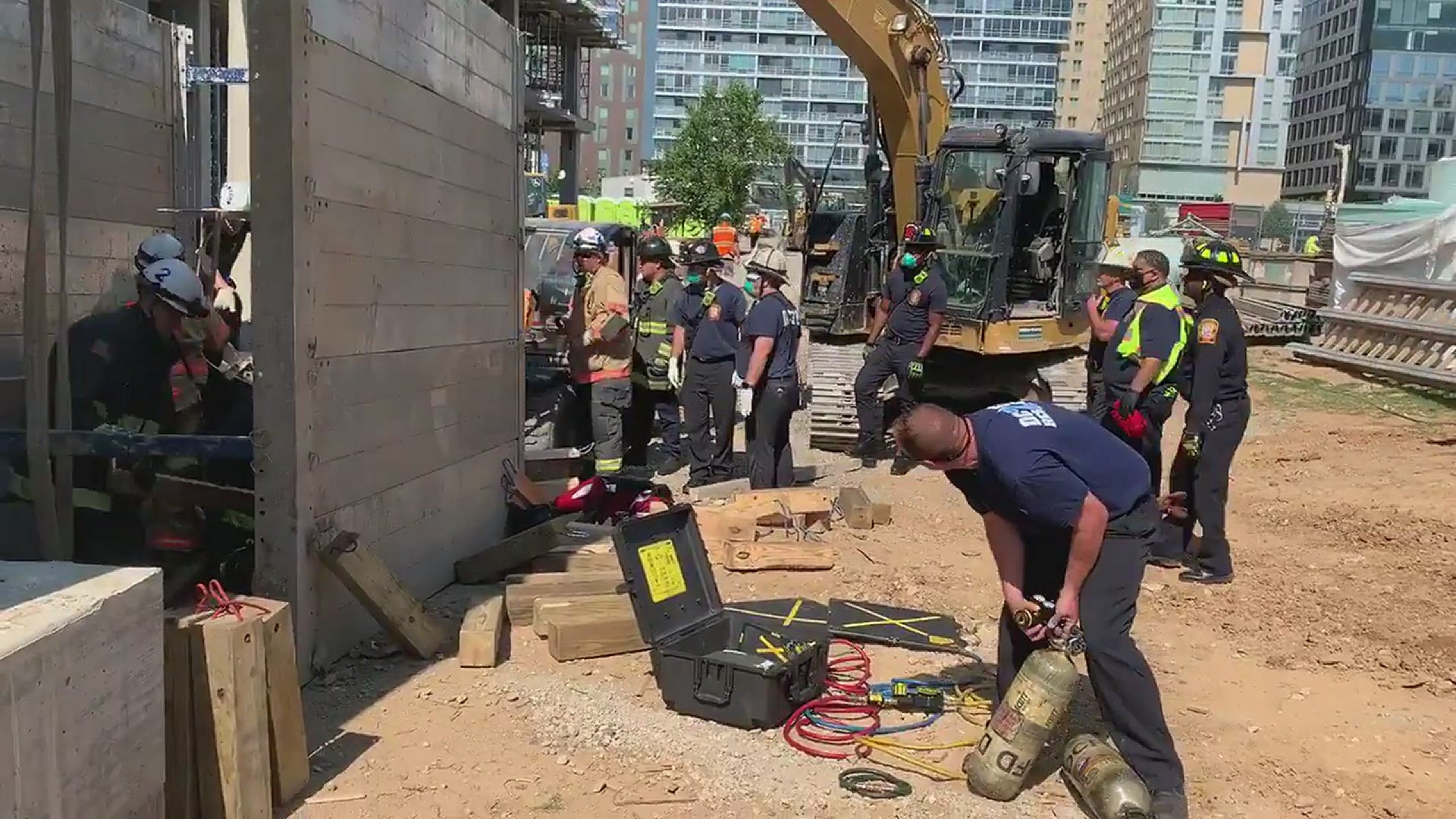 WASHINGTON — A D.C. construction worker was taken to the hospital with critical injuries after a very large piece of machinery fell on him, pinning him underneath Monday morning, fire officials said.

Fire crews were called around 10 a.m. to the site in the 1200 block of New Jersey Avenue SE.

Firefighters and other workers on the site worked together to get the man out from underneath the fallen machinery. Crews had to use another piece of machinery to remove the machine that fell before firefighters could safely rescue the worker.

Firefighters say that worker was taken to the hospital with very critical, life-threatening injuries, but details beyond that are limited. The worker has not been identified.

Responding fire crews also treated another person at the site for a medical condition. The condition of that person was not immediately known.

It's unclear what led up to the incident or what type of construction crews were working on.

DCRA and OSHA were notified of the accident.

RELATED: EU reopens its borders to 14 nations but not to US tourists

RELATED: 'It is very concerning' | CDC expert warns US far from containing coronavirus