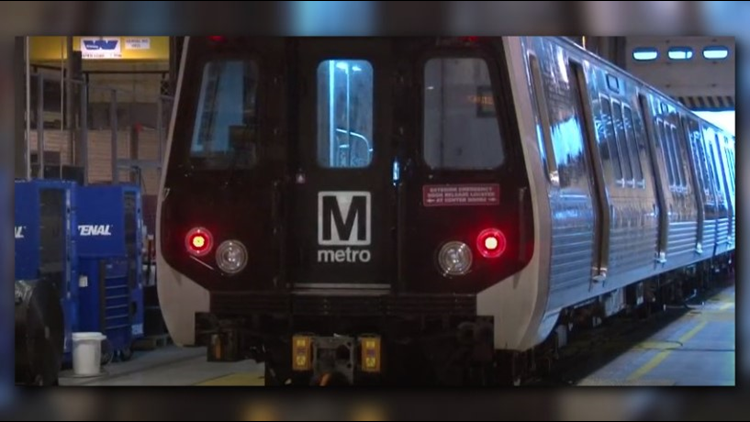 WASHINGTON -- A bill that would decriminalize fare evasion on the DC Metro system passed on Tuesday, with 11 councilmembers voting yes.

The bill prevents those who evade fares from getting jail time and lowers the maximum $300 fine associated with it. Now, a fine may be no more than $50. It is no longer a criminal offense, but a civil offense.

NEXT: A bill to decriminalize fare evasion in the DC City Council.

The bill, which was originally introduced by eight councilmembers, was vigorously debated on Tuesday afternoon, with Councilmember Allen and White recalling instances of offenders being arrested.

Allen said on Tuesday that something that these people who described have in common is that, “they’re all residents of color.”

Both White and Allen brought up a report released in September. It said that more than 20,000 citations were issued for fare evasion in a two-year period and more than 90 percent of those riders were black.

Councilmember Evans, who dissented on the bill, argued on Tuesday that that number wasn’t by Metro, but was from a group of lawyers fighting for the bill.

“I don’t buy these numbers. They’re inflammatory,” he said. He also argued that not enforcing fare evasion would mean a loss of money and said that Metro is already losing between $25 and $50 million a year on fare evasion.

Councilmember Evans: We're losing a whole lot of money from people who evade their fares. He says people who pay their fares are "angry."

"When we say 91% of people arrested for fare evasion, that is not a Metro number." He says that's a number by lawyers.

Evans is the chair of Metro’s board.

White countered by calling the numbers “inconvenient,” but true.

RELATED: ‘Police did this to mommy’ | Woman injured during arrest at DC bus stop

Councilmember Mendelson, who also dissented, called fare evasion theft. He also said he agreed with the $50 fine limit on the bill, as well as no jail time, but said the offense shouldn’t be decriminalized.

The bill advanced with an 11-2 vote. Councilmember Allen, when voting yes, took a moment to acknowledge young people in the chambers, since the fare evasion vote came directly after a vote to lower the voting age was tabled.

"To the future voters in this room, this is what it looks like to debate before you vote,” he said.

The bill will undergo one more vote before going to the Mayor's office to be signed.