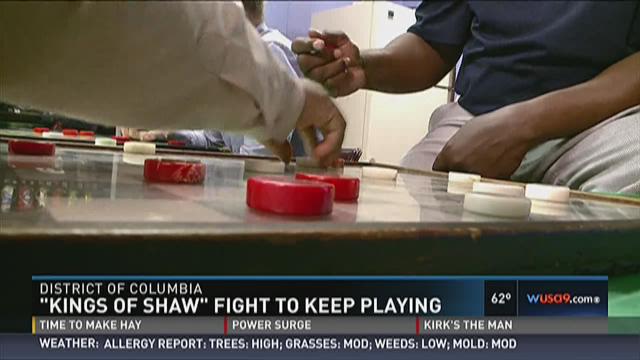 WASHINGTON (WUSA9) – An institution in the Shaw neighborhood for more than 30 years, the Capital Pool Checkers club is now asking its changing community and longtime supporters for a little help in keeping the games going.

The club’s boiler died this winter, and its rent costs in the rapidly gentrifying neighborhood have risen, even as membership as slowly declined over the years.

“They could get us out of here, and whatever rent we’re paying, some people would come in and pay several times what we’re paying, and we’d be gone tomorrow,” said Tal “The Razor” Roberts, the club’s president.

And while there is no imminent threat that the club could close its doors, members have launched an online fundraising drive to help cover costs that membership dues alone cannot.

The game of checkers is simply less popular today, and the desire to join a club and pay dues for the company of friends and game-playing has become more rare by the year.

“Checkers is not as popular today as it once was,” Roberts said. “Nor is football. Nor is basketball.”

The club, which opened in 1982, claims multiple national champions and grand master players among its alumni. There’s no official rating the quality of the trash-talking that accompanies most games.

“I like to smell the fear. I like to talk the trash. See the sweaty brow,” said Stevan “Never Give Up” Davis. “That’s me. I come in here, have some fun and then I move out.”

Gentrification in Shaw has proven to be a mixed blessing for the club. Rent has gone up, and some of the almost exclusively black players that filled the membership rolls here have moved away.

But the neighborhood is safer; players no longer have to worry about being held up at gunpoint, which happened here years ago. There is parking, and a steady stream of passers-by ask about the city-funded mural on the side of the building, although few stop to play.