The results, released this week, show a 14.6% growth since 2010 — the seventh highest growth rate in the country. 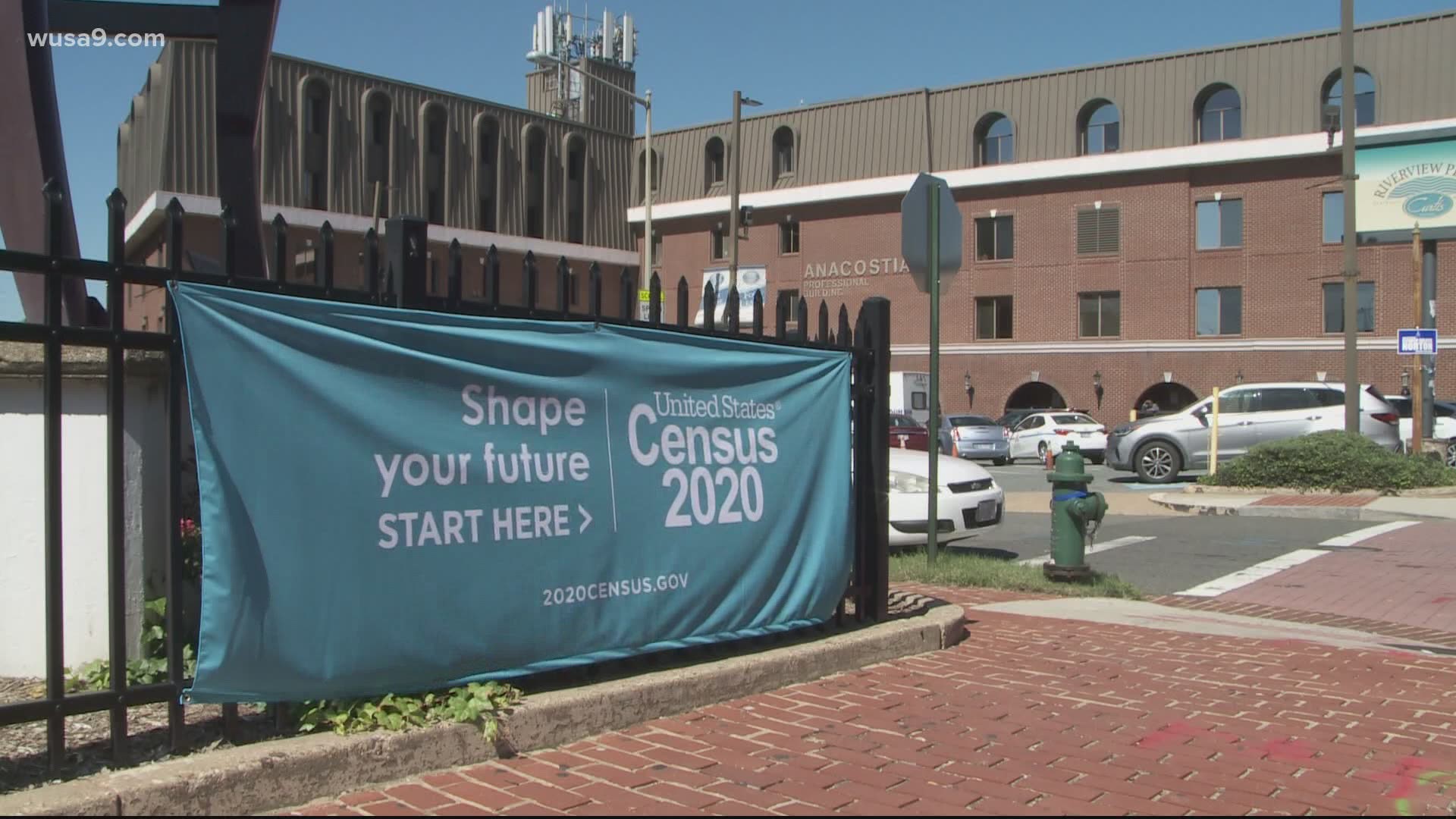 WASHINGTON — Officials in the nation's capital are questioning the results of the 2020 census, which show a large boost in population but not as high as they had expected.

The city government and members of the D.C. Council are suggesting an undercount — something that plays into local sensitivities, as Washington, D.C., has long bristled under its quasi-territorial status and is in the midst of a resurgent push for statehood.

The results, released this week, show a 14.6% growth since 2010 — the seventh highest growth rate in the country. But it also concluded that the District of Columbia had just under 690,000 residents, while public officials believe they surpassed that number years ago.

The confusion comes from the Census Bureau itself, which releases annual population estimates. Based on those estimates, Mayor Muriel Bowser told Congress earlier this month that the District's population stood at 712,000. In 2018, Bowser even celebrated the birth of what was believed to be the 700,000th D.C. resident, and invited the newborn to her State of the District address.

“Either their estimates were off or the 2020 number is off, or they’re both off a little bit,” said Andrew Trueblood, director of D.C.’s planning department. “I would not be surprised if this was an undercount.”

There was no demographic breakdown of the population moving into the District. Trueblood said that's expected in late summer.

Before her 2020 election, D.C. Councilmember Christina Henderson worked as an aide to Senate Democratic leader Chuck Schumer, with a portfolio that included census-related issues.

Henderson told The Associated Press that she believed a variety of factors may have suppressed the local count. In addition to the COVID-19 pandemic that hung over the entire process, she said parts of Washington's Black community may have been leery of engaging with the government, while the city's fast-growing Hispanic community may have been similarly reluctant because of the anti-immigration rhetoric from former President Donald Trump's administration.

“I do think we have some undercounting. The Census Bureau can't really admit that,” she said. “The numbers are the numbers, and we can’t go back. ... We just have to acknowledge that we probably didn’t catch everyone.”

The census numbers are used to determine a host of federal funding streams, including schools and highways, and how many House of Representatives seats each state receives. But the suggestions of an undercount shouldn't affect Washington's quest to become the 51st state.

A D.C. statehood bill has passed the House of Representatives but is unlikely to pass the Senate, where there is strong Republican opposition and where it faces a likely filibuster.

Henderson said the D.C. statehood campaign is “as strong as ever,” and Bowser pointed out that even the newly revised population number still gives D.C. more residents than Wyoming and Vermont.

“Our population has exploded over the past decade as more people recognize DC as one of the hottest places in the nation. People know that DC is a welcoming and diverse hub of opportunity – a place that has something for everyone,” Bowser said in a statement. “Of course, even with more American citizens living in DC than in two other states, the one thing we still don’t have is a vote in Congress."

RELATED: A look at what's next in the release of 2020 census data