WUSA9 has been reporting on the frequency of what's known as Source of Income discrimination. In the District, landlords can never say or advertise they won't accept housing vouchers. 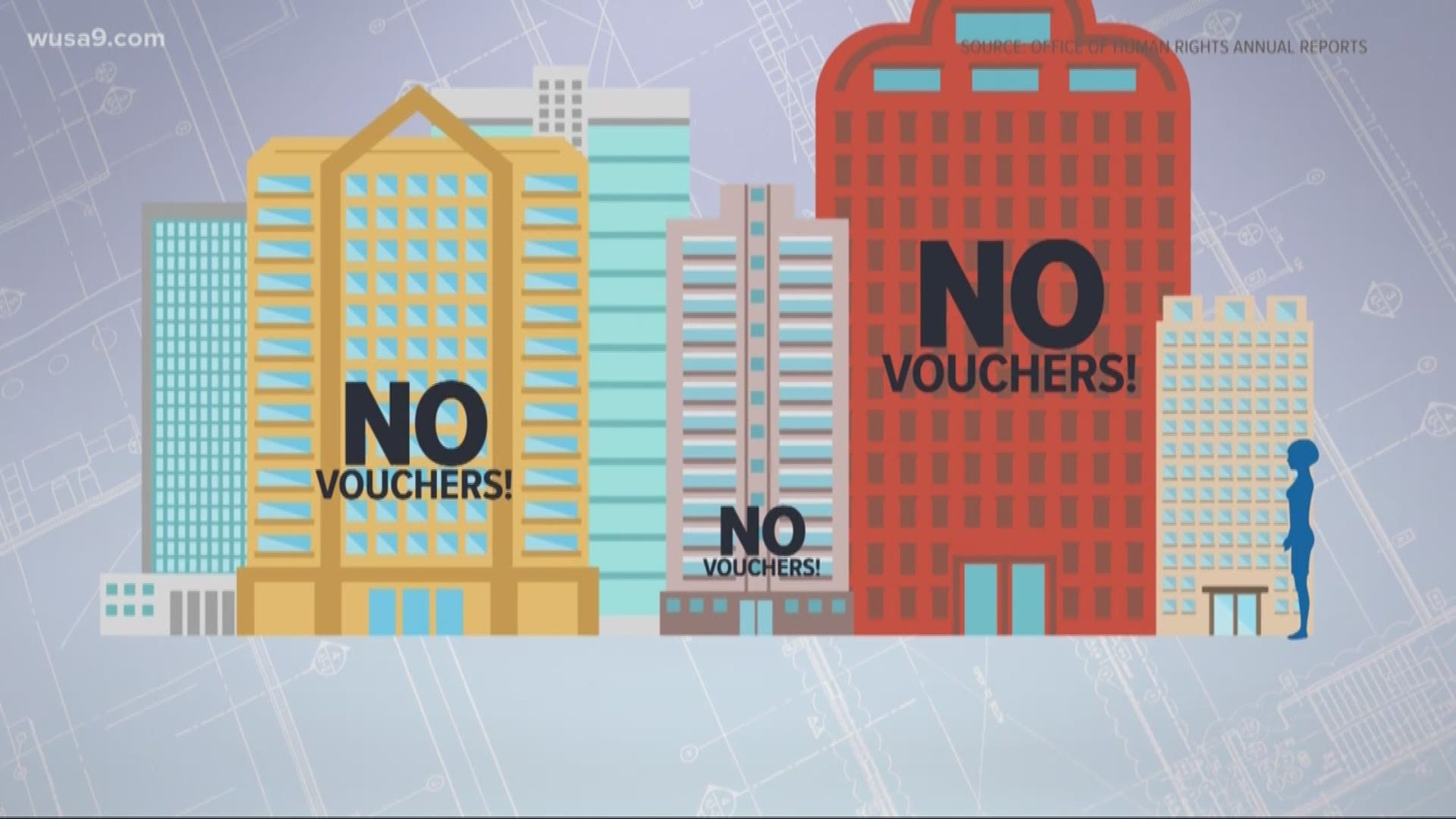 The District of Columbia Attorney General has filed a lawsuit against local property management and real estate companies Evolve LLC and Evolve Property Management LLC alleging the companies “unlawfully discriminate against Section 8 voucher participants in their leasing of rental property.”

WUSA9 has been reporting on the frequency of what’s known as Source of Income discrimination. In the District, landlords can never say or advertise they won’t accept housing vouchers.

The concept is simple: how you pay your bill isn’t supposed to shut you out of a rental opportunity.

The complaint says the companies advertise their apartments on the website, www.evolvedc.com, as well as on Craigslist. Those looking for an apartment could schedule a showing by filling out an online form that includes a question about whether the prospective renter intended to use a housing voucher.

Prospective renters had to answer the question in order to schedule a showing.

“At all times relevant to this Complaint, a prospective tenant that answered ‘yes’ in response to the

Section 8 Question was automatically denied a showing of the rental property,” the lawsuit alleges.

According to the complaint, when prospective tenants answered "yes," to the question, the website issued told the renter he or she did "not meet one or more of the requirements for the listing."

However, when a prospective renter changed the response to “no” the system scheduled an appointment.

Further, the lawsuit alleges the defendants have “verbally communicated their policy that they do not lease their properties to Section 8 participants.”

"We take cases of discrimination extremely seriously," said Ben Wisman, Director for the Office of Consumer Protection, a division of the Office of the Attorney General.

"This is an increasing problem in the District," he said. "Those vouchers provide a necessary lifeline."

The lawsuit comes months after the National Fair Housing Alliance, a non-profit, conducted an investigation of the companies' practices.

In April, the organization announced it had identified what they consider discriminatory actions. Over the summer, the charity showed WUSA9 the problematic scheduling form, illustrating the same allegations made by the attorney general’s office.

NFHA told WUSA9 it is working with the District of Columbia Office of Human Rights, and the complaint is pending.

"We reserve the right to pursue litigation and we ae contemplating our venue of enforcement," the charity said.

Thursday morning, WUSA9 checked Evolve’s website and found the question about whether a tenant intended to use a Section 8 voucher appeared to have been removed.

WUSA9 called and sent text messages to the named registered agents for both Evolve LLC and Evolve Property Management LLC, Jeffrey Printz and Christopher Swanson respectively. Swanson directed us to Evolve LLC's attorney, Richard Bianco, who told WUSA9 the company had no comment.

Prosecutors are asking the court to demand the defendants pay restitution and award civil penalties.

Housing discrimination is so rampant across the country that the U.S. Department of Housing and Urban Development has launched nationwide listening session to find out how to encourage landlords to accept voucher holders.

In an exclusive interview, HUD Secretary Ben Carson told WUSA9 too many landlords are saying no to people who genuinely want to succeed. Studies have shown landlords may be reluctant to rent to tenants for a variety of reasons, one of which is “tenant quality.”

Carson called that assumption that voucher holders are worse tenants is “a bunch of garbage.”

This is a continuing story and will be updated throughout the day.

If you would like to report housing discrimination or any other type of discrimination, you can go to D.C. Office of Human Rights.

If you think you have been a victim of unfair or deceptive trade practices, file a consumer complaint with the Office of OAG's Office of Consumer Protection or call 202-442-9828.