With sexual violence a growing problem in our society, one 24-year-old from D.C. is looking to address the problem the best way he can: Technology. 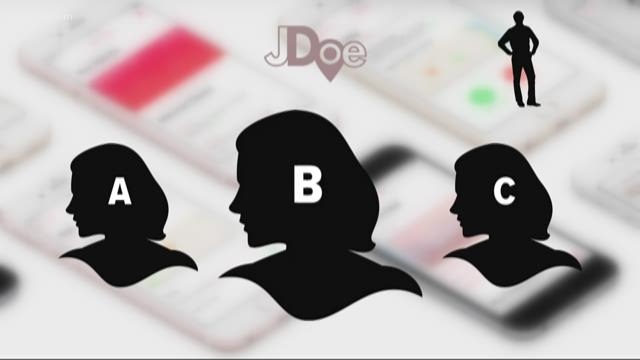 With sexual violence a growing problem in our society, one 24-year-old from D.C. is looking to address the problem the best way he can: Technology.

Ryan Soscia, an app designer, is the creator of a company called JDoe, an online platform that looks to give victims a voice. He's currently developing the app, while living at a technology incubator in Georgetown called Halcyon.

Here's how the app will work, once it's launched this week:

Essentially, it's a digital database, where people can report sexual misconduct anonymously. Users will not be able to see other people's reports, or any names. In fact the encryption is so strong that even JDoe will be unable to see the reports.

However, a user can choose to receive an alert if there is a "match," where another person was assaulted by the same perpetrator. These victims will not be able to connect with each other directly. However if one of the victims contacts a law firm, the other "matches" will be alerted of the action, so they can join in the case if they wish.

Soscia said it's about empowering victims to come forward together.

"I look at this," he said. "And I see this as something that has the potential not only to solve the problem for one person but potentially for all survivors all across the country."

Law firms will play a big role in this app's success.

The app is free for the general public, who can report an incident with a click of the button. However, the lawyers will have to pay JDoe, to get access to the algorithms, showing the anonymous reports. If lawyers see a case with multiple accusers, that looks credible, they can reach out to the victims to ask if they want to pursue a civil case.

Soscia said this process should weed out false allegations.

"The real world attorneys are still vetting their clients," he said. "The same way that they'd be vetting a typical client."

For Soscia, this is more than just a business. It's also about ridding the world of a problem, that's caused his friend group a lot of heartache.

The origins for the idea date back to his high school graduation, when he was talking with a childhood friend. That's when he told him a deep secret: That he was molested by a local trainer.

"I was just shocked," said Soscia. "This was a male who I considered to be completely invulnerable. Like he was D1 Linebacker material, and here he was crying in front of me."

From there, the revelations continued.

Soscia soon found out that many of his friends were molested by the same trainer. Soscia spent much of the last few years, lamenting over the fact that they all stayed silent, whether it was due to fear, shame, or a number of other emotions.

"This is something (where) trust was optimal," he said. "And yet nobody talked about it."

Soscia said he wondered if his friends would have come forward if they knew there were other victims out there.That's what this database would have achieved.