The fire was contained to one apartment. 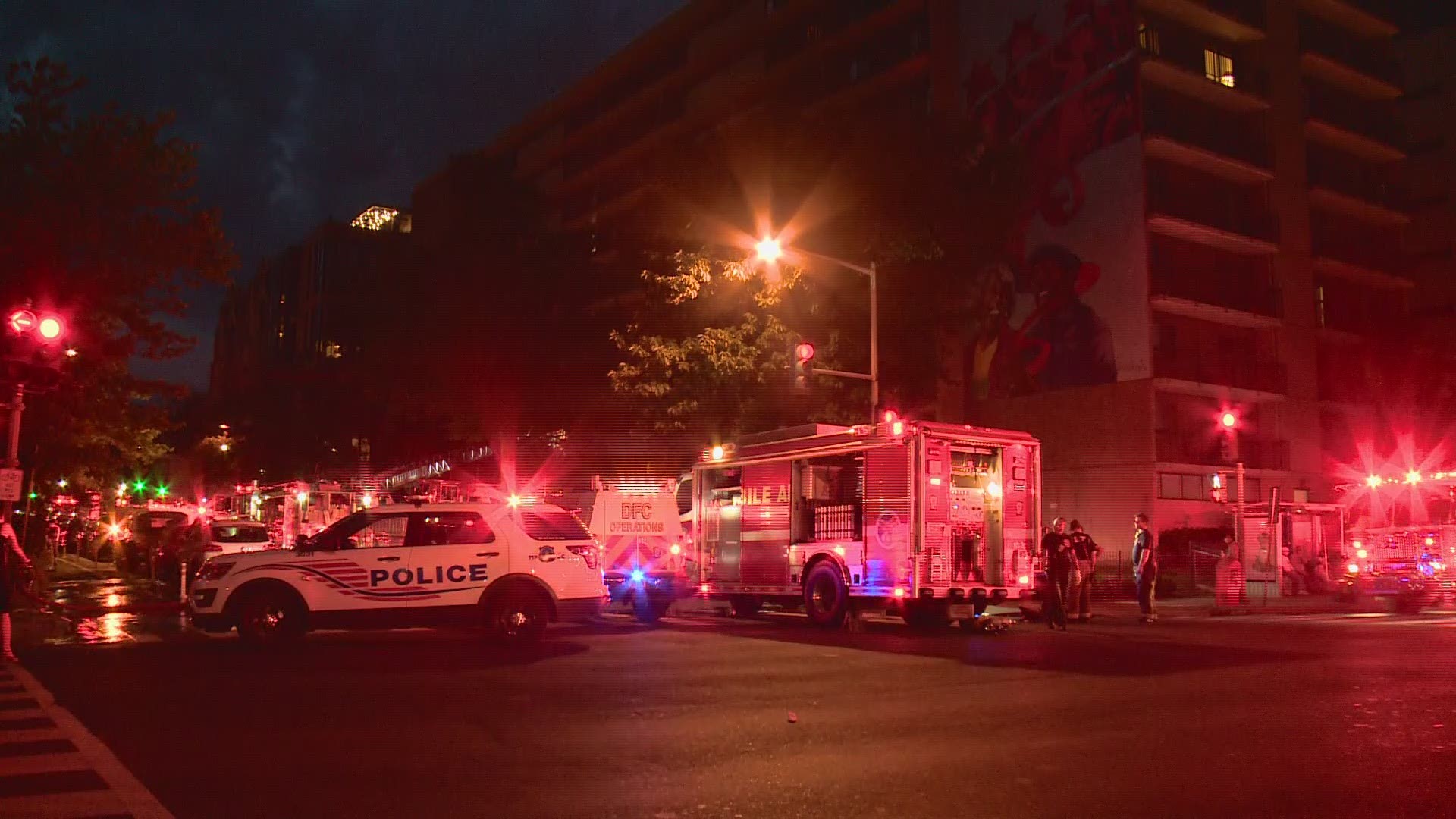 WASHINGTON — D.C. firefighters say two people were taken to the hospital in critical condition after a fire at an apartment building Friday night.

The 2-alarm fire was first reported at a multistory apartment building in the 2000 of 15th St. NW around 8:30 p.m. Arriving crews found an apartment on fire. and were able to quickly knock down the bulk of the fire, while keeping the fire from spreading to other nearby apartments.

Fire crews rescued some residents from their balconies, while others were able to safely shelter in place in their apartments.

Firefighters on scene said residents with injuries were taken to a nearby hospital in critical condition. No other injuries were reported.

The cause of the fire remains under investigation.