Former and current staff at Joy of Motion Dance Center submitted a detailed letter claiming an administrator engaged in race and pay discrimination. 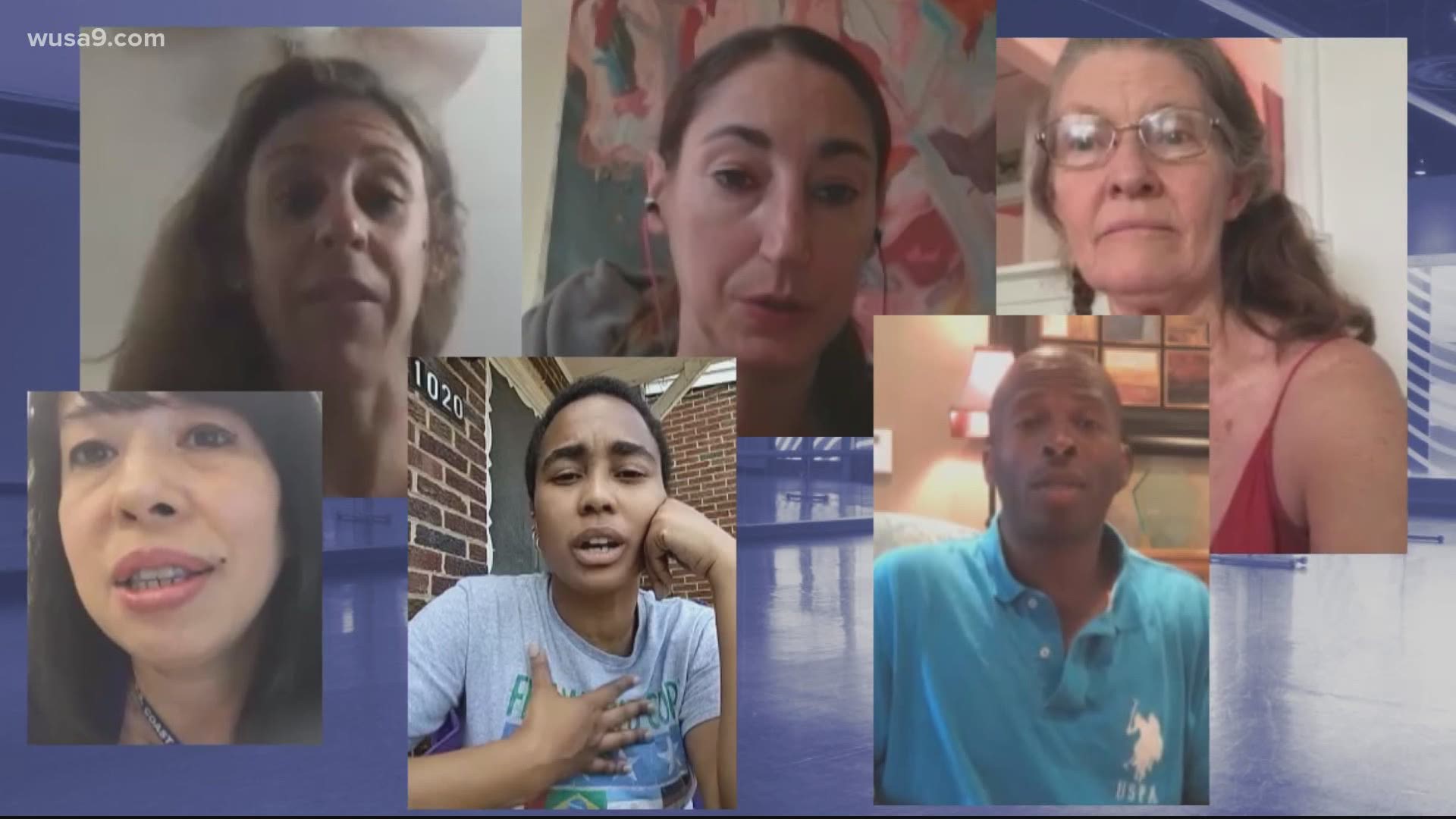 WASHINGTON — Dozens of former and current faculty at Joy of Motion Dance Center say they could hardly remember the last time the halls of the studio felt joyful. The group of educators claims the school has been plagued by allegations of race and pay discrimination.

When faculty and staff, operating among its three campuses, began to talk with one another, "...[they] realize[d] there was a commonality... a through line," said Jenifer Dobbins, a former faculty member at the school. She's one of nine former and current faculty members WUSA9 interviewed.

More than 20 former faculty members signed a letter detailing alleged incidents of misconduct over the years. All the allegations center around a top-level administrator named in the letter.

The letter, dated April 4, included a detailed account of a female student who was allegedly told to "stop acting ghetto" while posing for a photo in front of her peers and teachers.

"The student ran off in tears," the letter stated.

Maurice Johnson began teaching at the school in 1999. Like many of the staff, his employment was terminated in April because of mandatory shutdowns related to the pandemic. He received an offer for a new position, but has yet to sign a contract with the school.

Johnson described another racially-charged incident he said he witnessed in 2016. He said the administrator, named in the group's complaint, made a remark about a black girl who was auditioning for one of the school's programs.

"The comment was... 'ewww look at that little black girl.' It was said in such a mean and hurtful manner. There was no mistake in what that comment represented," said Johnson.

The letter also detailed examples of pay discrimination where some faculty members received higher pay and bonuses that far exceeded those of colleagues with similar credentials and responsibilities.

The faculty complaint prompted an investigation by Joy of Motion's board of directors. Weeks after the complaint was submitted, the educators received an email on July 3:

"[An] investigation into concerns raised by a group of former faculty is now complete. Through this process, we became aware of conduct that is inconsistent with the policies and values of this organization. The individual named in the complaint is no longer with the organization. We apologize to anyone who was has been hurt or made to feel uncomfortable by anyone acting or claiming to act on behalf of Joy of Motion."

The original complaint also demanded the removal of the entire board of directors.

In a statement to WUSA 9, the board said they are, "...committed to making the board more inclusive and are seeking input from staff and our constituencies to ensure the future of the organization.”

WUSA9 is not naming the administrator in question, as the name wasn’t confirmed by the school and we were not able to reach the former employee. WUSA9 reporter Larry Miller has attended dance classes at the studio in the past.

RELATED: Here are the top dance studios in Washington, by the numbers