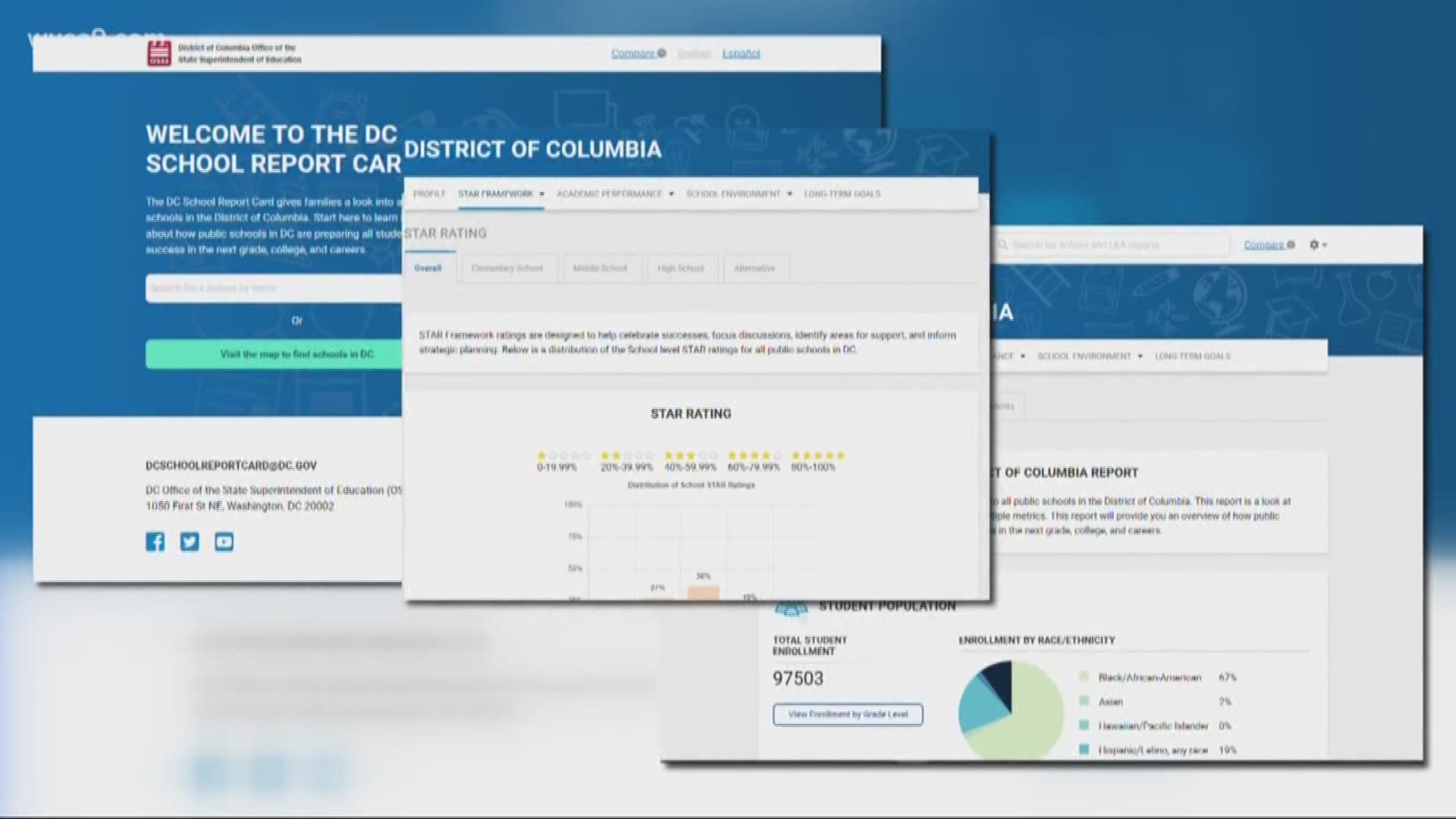 WASHINGTON, DC (WUSA9) — WASHINGTON -- Critics say the D.C. school report card doesn't tell the full story of a school's success. The report card is a federal mandate and it’s the first real initiative we’ve seen through ESSA – Every Student Succeeds Act which replaces the federal No child left behind law.

Every school is measured the same, on a sliding scale from 1 to 5 stars. Supporters say it’s not a perfect grading system but does show city leaders who needs what and where they can allocate resources.

“I don’t think you need a start system to tell you that we know which school need more support than others it’s just been historically our willingness to make those investments,” said State Board of Education member Markus Batchelor.

Schools that rated lowest happen to be in wards 7 and 8: schools that have the most poverty, at risk students and far fewer resources.

Batchelor is one of three board members who voted against the rating system because he believed it fell short and did not show the progress happening inside school beyond standardized test scores. “Fact is, if we know the history of inequities in this city have put whole school communities, whole communities in general, behind the 8 ball and we’re not willing to acknowledge the work schools are doing to catch students up to support families I think we’re doing those schools a disservice by slapping them with a star.”

“Are we measuring the right things,” he asked, “70 percent are PARCC test scores.” The standardized testing is only offered on the computer and evaluates students beginning in 3rd grade, many who struggle with computer skills in certain communities.

“And then they’re allowed to test students who have IEP’s (Individualized Education Program) that may not test on the same level,” said parent Ashlee Brown.

Karen Williams, the State Board of Education President said next year’s report card will measure a school’s environment but as is, it will “help change the dynamics of the city.”

“I encourage families to look beyond the stars and look at all other information the report provides,” said Batchelor.