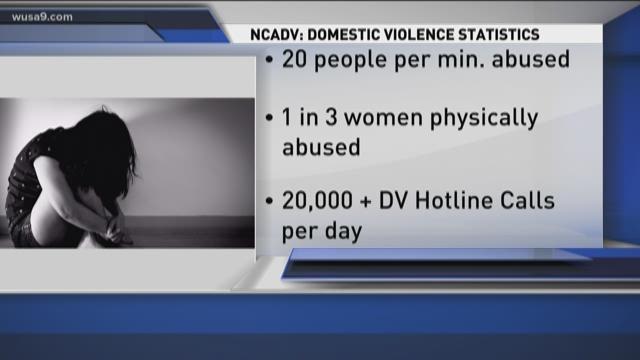 The shooting death of a Prince George's police officer, who died tried to protect a neighbor in a domestic dispute, is sparking conversation about domestic violence and ways to reduce it.

Cpl. Mujahid Ramzziddin, a 14-year veteran on the force, was off work the day his female neighbor sought protection from her husband.

She was trying to remove belongings from their home when the suspect, 37-year-old Glenn Tyndell, appeared with a shotgun. Five shots were fired. Moments later, Cpl. Ramzziddin was dead. He was laid to rest Friday.

According to an online resource for law enforcement officers, domestic violence calls can be the scariest. Two of the most dangerous moments happen when officers try to approach an abuser or attempt to arrest them.

Dr. L.J. Samuel, a criminologist who has worked with the Metropolitan Police Department (MPD) for more than 10 years, tells WUSA9 about ways the victim and police can try to stay safe.

"The best thing is to have information," Samuel explained." Information about the house, warrants, knowing whether or not there are weapons in the house."

Samuel, who runs a violence reduction program called Cupid's Sting that offers workshops and self-defense classes for women, is an expert in police-community relations. She said the victim should have a proper escape route and pay attention to the signs.

RELATED: ‘He saved her life by giving his own’ | Off-duty officer killed protecting woman

Officers should never respond alone because those calls can be unpredictable and highly volatile.

In 2015, Samuel noticed an escalation in violence against women, so she started Cupid's Sting to help. She said it was about creating a safe, comfortable space where women could scream, cry, and yell, but most importantly learn.

Her one-day workshops include topics like interpersonal violence, street harassment and domestic violence. There are also demonstrations and opportunities to practice self-defense techniques.

"As these women have blossomed, it increases their overall awareness of what's going on in their lives, the overall issue and its magnitude," Samuel said. "It's also increase their confidence."

On March 14, Samuel will take this education program to the next level. She is going to launch Cupid's Sting as a non-profit with the mission of empowering the community.

WUSA9's own Debra Alfarone will serve as the emcee at the launch event. There will be professional speakers, survivor testimonies, musical performances, food and wine.