After community leaders stressed the need to replace the bridge since the collapse, Mayor Muriel Bowser announced plans to replace it and construct new bridges. 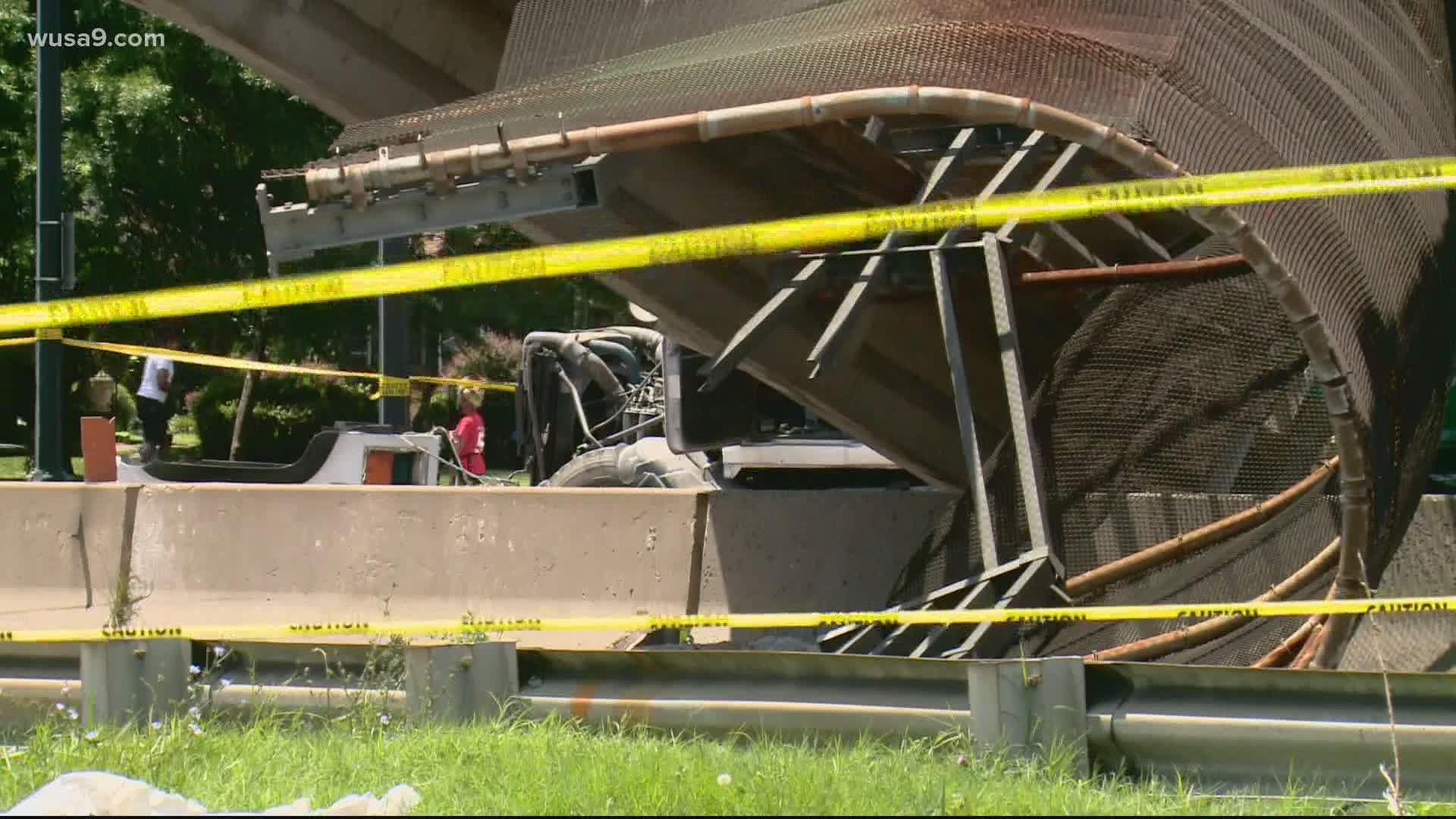 WASHINGTON — The project to replace the Lane Place bridge that collapsed on DC-295 nearly three weeks ago will cost approximately $25 million, according to the District Department of Transportation (DDOT).

DDOT Acting Director Everett Lott revealed the price tag in a roundtable hearing hosted by the D.C. Committee on Transportation and the Environment on Friday.

Mayor Muriel Bowser announced the plan to replace the bridge after some uncertainty following the collapse and claims that its usage had been low. However, community leaders say the data came from an old consensus and argued the bridge served a bigger role in bridging communities.

Bowser said the bridge replacement is one of three projects that should be completed in the next three years. She has signed an emergency declaration and will provide $1.5 million in contingency funds to expedite the design work needed to replace the Lane Place bridge.

RELATED: Mayor Bowser announces plans for 3 new bridges in Ward 7, including the one that collapsed

The bridge was first built in 1956 with no modern safety upgrades. The new bridge will be able to meet Americans with Disabilities Act (ADA) requirements and a new vertical clearance. Lott stressed constructing a bridge on the same location may be difficult since it requires more land to accommodate meeting regulations.

The bridge collapsed after the driver of a scrapyard truck forgot to lower the boom, according to police. It collided with the bridge and it crashed. Five of the six people injured were sent to the hospital.

While the community is glad there are plans to build a bridge, several members including Advisory Neighborhood Commissioner Dorothy Douglas said DDOT failed to address problems to the infrastructure that she claims existed for more than a decade.

City officials had to issue a correction after a bi-annual inspection in May revealed the bridge had a 4 rating, which meant it was in poor condition. Originally, they said there were structure integrity issues the day of the collapse.

“This is extraordinarily troublesome that we allow these things to degrade over many, many years,” Councilwoman Mary Cheh said.

Lott responded by emphasizing how the bridge was safe despite the poor rating.

“A bridge receiving a 4 during its regular inspection is still safe for pedestrians and vehicles to traverse,” Lott said. “At the rate of speeding this particular truck driver was traveling, with its boom that was lifted, this pedestrian bridge, and any other bridge, would not have withstood the impact it took.”

To double down on his comments, Lott also said he walked the same bridge and other bridges along DC-295 and felt “comfortable” walking across.

Since the bridge was 65 years old, Cheh questioned if it would still be standing if it were built now. Lott responded by saying, “I can’t say with 100% certainty but I could say it was hit by an oversized truck, it collapsed.”

There was a major focus on rebuilding the bridge as it connects the Deanwood neighbor to the other neighborhoods. Among them is Commissioner Anthony Lorenzo Green who felt it took too long for the government to do the “reasonable and sensible thing.”

Ebony Rose Thompson, the Ward 7 representative for the D.C. State Board of Education, said the suggestion for people to extend their route by taking a different bridge not only adds more time but can be a big inconvenience and risky for people along a major highway.

“Without the bridge, the journey becomes longer and potentially dangerous as students walk a total of over a mile along Hwy 295 as oppose to safely crossing over it,” she said. “Not all of them are taking the new longer safe way some of them are already cutting across the highway of 295.”

Thompson, with the interest of a few officials in the meeting, recommended for District leaders to visit the area and explore the route themselves.

Councilwoman Christina Henderson also stressed to use this opportunity in restarting the bridge by exploring other avenues to improve transportation equity in Ward 7. A resident in the ward suggested an overall overview of the artilleries and not just Kenilworth Avenue where the bridges are parallel. Whatever the option may be considered, it will likely require a traffic study by DDOT.

According to Bowser's officer, the other two replacements in her project will be on the Parkside Bridge and the Douglass Street Bridge.

Bowser said in her statement that she expects this will improve connectivity and pedestrian access for residents in neighborhoods, such as Mayfair, Parkside, Eastland Gardens and the surrounding communities of Deanwood and Minnesota Avenue.

There are currently four other bridges with a 4 rating but there are plans to revamp safety measures, Lott said.