Both CIA and FBI personnel responded to a vehicle outside of Central Intelligence Agency property in McLean Virginia. 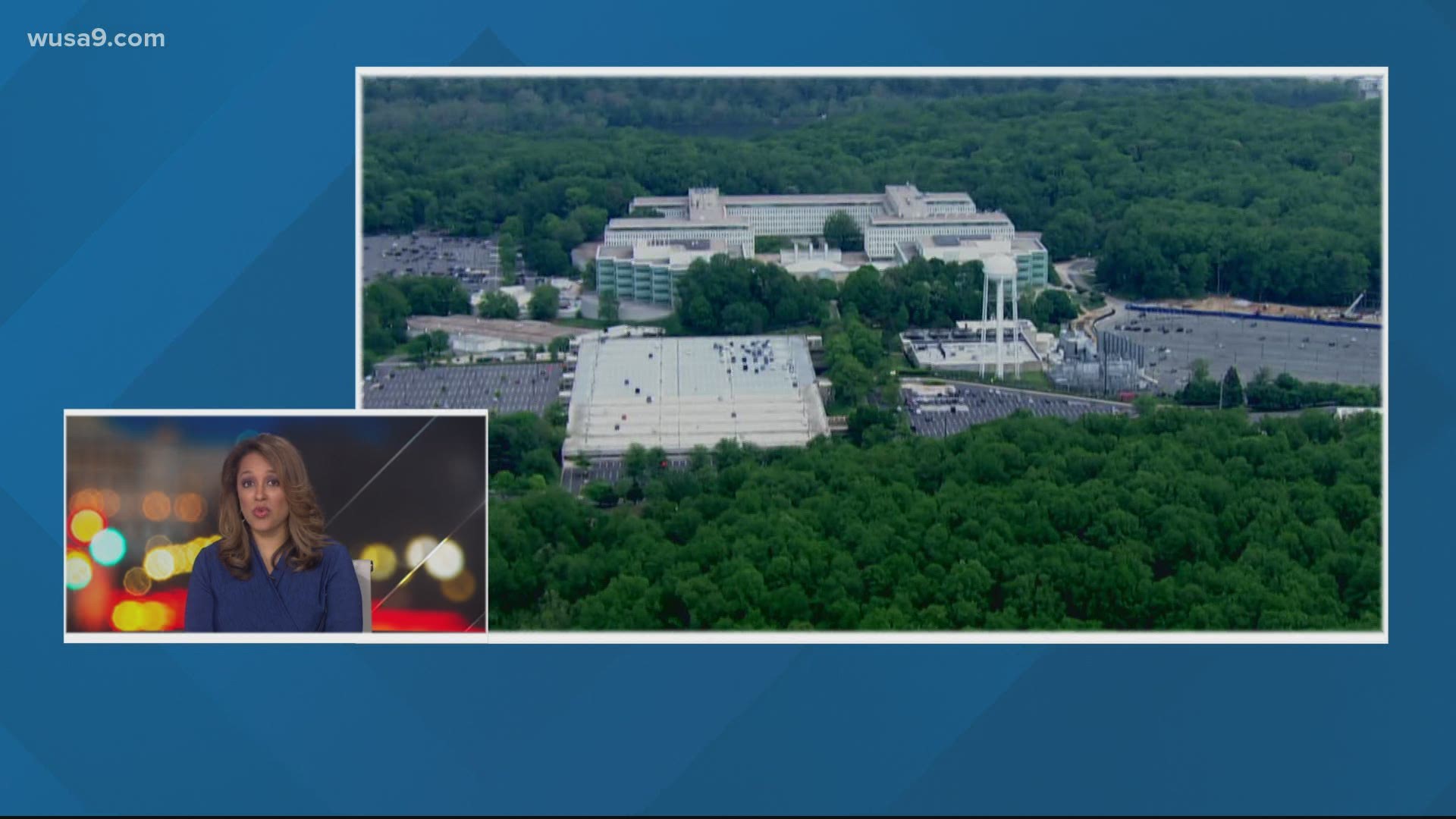 MCLEAN, Va. — An armed person with a gun was shot outside the CIA headquarters Monday around 6 p.m. by federal law enforcement, according to the FBI in a statement to WUSA9.

The person has been taken to a hospital in the area for their injuries.

Both the Central Intelligence Agency and Federal Bureau of Investigation officers responded to a "suspicious vehicle" located outside of the CIA headquarters in McLean, Virginia, according to statements from both federal agencies.

Local law enforcement was also part of the response, according to the CIA.

The FBI released a statement about the shooting Monday evening saying:

"The FBI is reviewing an agent-involved shooting that occurred at approximately 6 p.m. on Monday, May 3, 2021. An individual involved in a security incident outside Central Intelligence Agency Headquarters in McLean, VA, emerged from his vehicle with a weapon and was engaged by law enforcement officers. The subject was wounded and has been transported to a hospital for medical attention. The FBI takes all shooting incidents involving our agents or task force members seriously. The review process is thorough and objective, and is conducted as expeditiously as possible under the circumstances.”

Pictures from the scene outside the CIA Headquarters show multiple law enforcement vehicles surround the vehicle outside of the main gate.

Just In: CIA "we are addressing a security situation just outside the secure perimeter of CIA HQ by our main gate. Our compound remains secured, and our Security Protective Officers working the incident are the only Agency personnel directly involved.”
Photo @EJansenphotog pic.twitter.com/q54BhFAB5I

RELATED: US intel report warns of lasting societal impact cause by COVID-19 pandemic